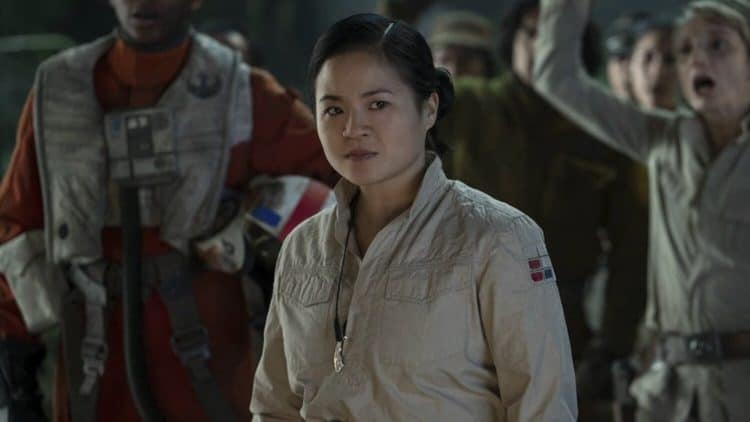 It’s possible that we could see Rose Tico return, but as Kelly Marie Tran has already stated it would likely need to be when all the pieces come together since bringing her back at the moment would satisfy a certain part of the fanbase, but it doesn’t feel as though it would go a long way towards gaining any further love for the character. Some fans, both diehard and casual, have been stating that they want to see her come back to the Star Wars universe once again in her own show, but one has to remember that like a lot of supporting characters, Rose was there to help out, to have a truncated arc that wasn’t bound to go anywhere, and it’s likely that she has her own story to tell and it could happen, but it won’t be happening at this moment. The idea of a supporting character in a movie franchise such as Star Wars is something to be proud of since the stories have usually focused heavily on a select group of individuals and haven’t really gone much past that since that’s the whole idea of the story. Rose had a bigger part in The Last Jedi and people either flew off the hook wanting more of her or stated that her time on screen just didn’t make a lot of sense.

John Boyega’s character of Finn was about the same way, yet he was seen as more of a main supporting character, where Rose was the type that would be there when needed, but fade off when she wasn’t. One thing that it would appear that many people don’t understand is that this is how movies work. Not everyone can be the center of attention at every given moment, and if such a thing were to happen the movies would be much longer, drag a lot more, and would possibly lose a lot of viewers since once the main characters are established, that’s who people want to see. It might sound rude and kind of crass to dismiss other characters in such a manner, but this is the story that was being told, that of an unknown Force-user and a possible Force-sensitive in Finn, who helped to open the trilogy. The fact that Boyega decided to complain that his character was ‘mishandled’ is kind of funny since he still took the paycheck rather than attempting to get out of the last movie. Plus, with the prominence he had in the first and second movies, to think that he was going to be a huge part of the story arc in the third movie was kind of presumptuous. The same could be said of anyone that thought Rose was going to be given that much attention once again. She was a SUPPORTING character, not a main character.

At the risk of possibly agreeing with Rian Johnson for once, pandering to fans has its dangers, which is easily shown with Rose since people were actively wanting her to return for the third movie in a greater capacity, and many are still wanting to see more of her. If there were ever a Star Wars anthology series on Disney+, which isn’t a bad idea really, then she would definitely need to be one of those that would be up to tell her own story. Think about it, if her story was told in a convincing and captivating way it might be enough for Disney to think that she could possibly carry a movie or even a short-lived series of her own. The plan is to expand the Star Wars universe after all, and it could be that Rose might have some more use to her before she fades off into memory once again. But at the moment it doesn’t feel as though there are any plans that will be including her in the Star Wars universe, as Kelly is actually quite busy building her reputation and taking on other roles that will hopefully get her noticed on a continual basis. So to be honest, she’s not even up for the role of Rose right now if it were on the table, as she’s continuing to do what is right for her career and taking action to make herself an even bigger star.

The funny thing about all this is that people clamoring for Rose Tico to return are those that are also stating that the lack of diversity in Star Wars is still appalling. Let’s take a quick count here, a black man helped open the latest trilogy, a woman became the main character, an Asian woman was seen in a prominent role in the second movie, a woman was seen as one of the main antagonists. There were definitely more women in the galaxy this time around, there were more POC, and most of the influential people were women, plus, the two guys that could have been seen as the strongest men were taken out of the equation pretty quickly, while the only other powerful man was kind of whiny, emo punk. Not enough diversity? That’s kind of laughable.