Home
Movies
What Movies Always Get Wrong About Archers 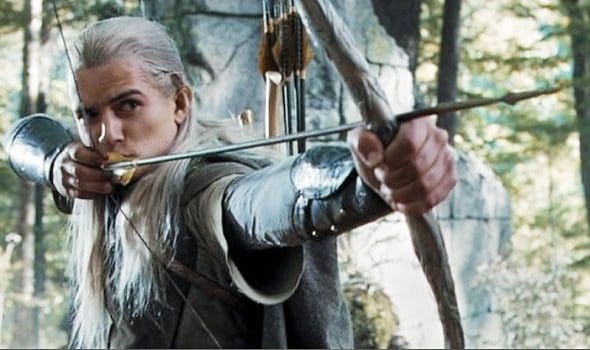 If you’re a professional archer or even an archery enthusiast, there’s a good chance that you’ve groaned a time or two when you see an archer on TV or in the movies. Some of them get the actions and the whole gist of it down correctly, or at least close enough that it can pass muster, but a lot of what passes for archery in pop culture is about as fantastical as the movies that feature these would-be sharpshooters. It looks good on the big or small screen to be certain, especially in movies such as The Lord of the Rings trilogy, Robin Hood movies, and yes, even The Hunger Games. But the reality of it is that if someone’s good enough to stab a person with an arrow and then shoot that same arrow after extracting it, they’re either gifted in a way that’s hard to believe or there’s a lot of movie magic going on, and the latter is usually the case. There are so many things to pick apart when it comes to archers on TV and in movies that it would take a while to list them all, as from the form of the bow, the technique used, and the reality of the many impossible shots that are featured in the movies, it’s fair to say that even the best archers in the world wouldn’t even attempt some of the stuff that Hollywood pushes to their audience.

Let’s start out with the bow itself. For one, just starting out with a bow, an archer doesn’t want something heavy and cumbersome with a draw weight that’s going to force them to yank it back with every ounce of strength they have. An arrow is going to fly for a fair distance without needing to yank it back to your ear every time, and if you have to go that far then chances are you have a rather lousy bow, to begin with. A lot of bows won’t typically weigh that much and they won’t be as simple as you see in the movies. Most archers will have sights on their bows and other fittings that help them to deliver an accurate and powerful shot, though there are those that still prefer the unadorned longbow and recurve bows either because they’re new to the sport or they simply don’t care for the added hardware on their bow. The unfortunate part of working without sights is that an archer has a lot of guesswork to take care of when it comes to a shot, such as distance, wind speed, elevation, and so on and so forth. Back in the day before sights were used this was something that archers had to determine on their own, and it’s also easy to note that not every bow had as much ornamentation on it as we see in the movies. The more that’s added to the bow, the heavier it gets, and like it or not, no one is going to want to keep lifting that bow if it weighs too much since holding your arm out with an object in it can test the strength of pretty much anyone.

The actual shot is another problem area in the movies since it’s hard to be a crack shot with an arrow unless you’ve practiced that much and can figure out every variable you need on the fly. Archery is a ranged form of attack and is best served when it remains this way since up close an archer is bound to find themselves in trouble when it comes to a fight. Unless you’re like Legolas from LOTR who can stab someone with an arrow and then fire off your bow with lightning speed when an enemy is only a couple paces away, the chances are good that you won’t be that quick and that an enemy will barrel into you before the shot can be fired. Also, it’s important to maintain a good anchor point when firing a bow, meaning that your fingers and the bowstring will come back to the same location, typically on your cheek, each time you draw it back. It’s also important to let the bow rest in your hand rather than grip it since too tight of a grip can ruin your aim given that it can force you to shift your bow at the wrong moment when shooting. There are dozens of tricks that many archers would gladly tell anyone that asks, especially when it comes to movies. But on the big and small screen, it’s very easy to wow the audience with some fancy archery moves, but in reality, it’s likely that the practical applications for any and all moves that are used in the movies will fail in a very big way. Archery is quite enjoyable and is practiced by many upon many people throughout the world, but it’s not quite as glamorous as the movies make it out to be.