Home
Movies
What Movies Always Get Wrong about Miranda Rights 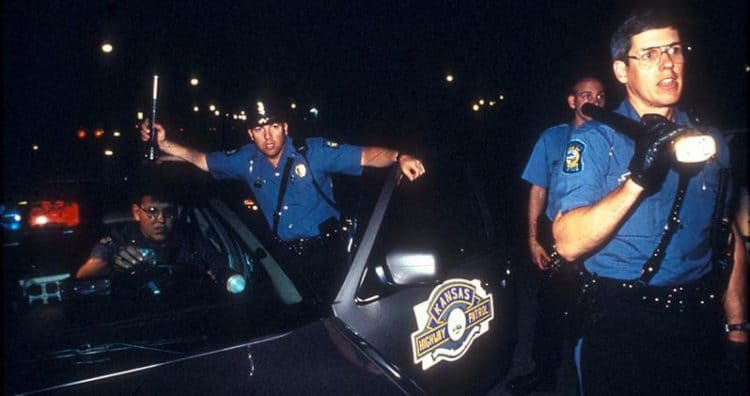 Being read your rights as a suspect in a crime is a big thing in real life and in the movies since it’s usually implied that if a person isn’t read their rights then the cops are bound to be in big trouble for missing this crucial step. What people and the movies don’t always get right about Miranda Rights is that it details two rights, just two, that every person has when they’re being handcuffed and taken to the station, or detained as a suspect. The cops are taught to read a person their rights, but there are times when such things aren’t possible at the moment of arrest and need to be issued at a later time. If anyone is thinking that this means that people can just up and walk off when they’re still a suspect then they’ll have a serious reality check coming since in the real world the Miranda Rights are there to make certain that people understand what they can do when they’re in custody and what rights they’ve been limited to, other than the right to breathe and remain unharmed by those that are detaining them.

Here are a few things that the movies get wrong about Miranda Rights.

5. Not being read your rights means you can resist. Let us know how that one turns out.

One thing that you should never do, even if the cop is in the wrong, is to resist. Like it or not, and most people don’t like it, some cops will get the wrong suspect and some cops shouldn’t be wearing a badge. But whether you’ve been read your rights or not, resisting when in a cops custody is not a wise move since it implies aggression, and with only a split second to decide if a person is going to be hostile or not, a cop will typically react in a very violent way in response to aggressive motions, as this is how they’re trained and, if they’re wise enough, they’ll seek to detain the individual without causing any undue harm. But as far as being read your rights or not, resisting isn’t smart.

4. Silence will mean consent when being read your rights. No, it won’t.

This actually works towards the defendant’s favor since keeping your mouth shut while being read your rights is the smart thing to do, but once the police ask if you understand the rights as they’ve been read to the defendant it’s up to them to agree that they understand them. Silence isn’t exactly golden in this case, and while it can work for the defendant it can also work against them since the cops will likely continue to grill the person until they call for a lawyer or admit that they understand their rights. Staying quiet is definitely an option, but when a cop asks if you understand something it’s best to dump your pride and say yes.

3. Cops tend to forget how to recite Miranda Rights. Not if they want to keep their badge they won’t.

They might not always say the words right then and there when the moment comes, but a cop that forgets the Miranda Rights might as well not leave the office since this is something that every cadet has to learn in order to be efficient at collaring a suspect. Like it or not, cops have to know the Miranda Rights just in case they do arrest someone since it’s one of the many things that can make the difference between being able to take a suspect’s statement and getting it thrown out in court. One would think this would be common sense, but there have been a few movies that haven’t used the Miranda Rights correctly, usually for comedic effect.

2. The Miranda Rights have to be read at the time of an arrest. No, not necessarily.

It’s true that one has to be read their rights while in police custody, but as I mentioned at the beginning, there are moments when reciting the Miranda Rights just isn’t a possibility. In real life, a good example would be the arrests made during riots, in which police needed to hook as many suspects as they could to deescalate a situation. In this instance, it might have been seen that one officer would be reading Miranda Rights while the others were hooking the suspects and lining them up. But it’s even more likely that they were read their rights after the situation had reached a moment of calm.

1. If a cop doesn’t read you your rights then your case will be dismissed. Good luck with that.

There is a very, VERY small chance that your case might be dismissed if a cop doesn’t read you the Miranda Rights, but it’s so increasingly rare that it’s best not to think that there’s a good chance it could happen. First, not a lot of cops forget this step, and second, most judges won’t even think twice when it comes to thinking about dismissing a case over the lack of reading one their rights. A judge pronouncing a sentence even after the rights haven’t been read has likely dashed a lot of hopes.

It’s advised for anyone wanting to commit a crime to read a bit and know their rights, but the odds of that happening feel pretty slim.