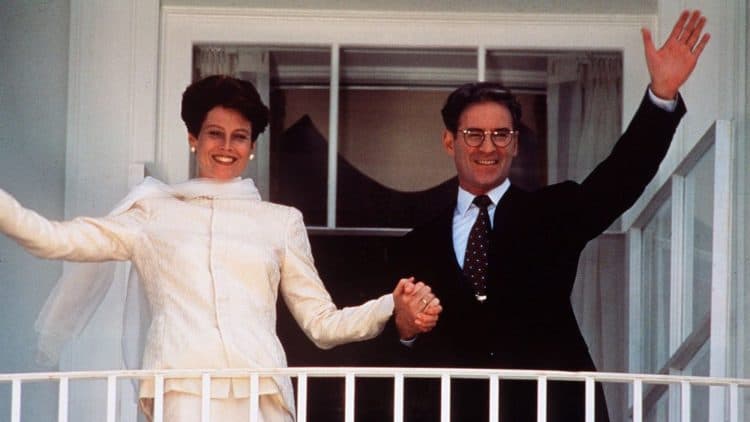 It’s easy to think that there are some who would think that living in the White House would be great, and others that think it would be kind of a pain since the impression is that the first family can’t really do much without being scrutinized by the entire country at some point. But the movies and TV shows that go into so much detail when displaying the White House tend to embellish from time to time and kind of fib a bit when displaying certain portions and talking about various things that go on in the White House. It’s not much of a thing to get in a snit about since to be fair, there are probably perks to living in the White House, so long as people can deal with the drawbacks that are bound to come. Plus, movies and TV shows have to kind of play things up in a big way to obtain and keep the attention of the audience so that they can give them the fantasy that things in the White House actually are as impressive as they think.

Here are a few things about the White House that TV and movies tend to embellish a bit.

5. Moving day is a much quicker process than the movies might indicate.

We’ve seen moving day initiated in a few movies and on TV, but it usually appears to be an all-day process or longer, when in reality it sounds like it’s supposed to take a matter of hours to complete. The process often includes removing furniture and redecorating in accordance with what the next inhabitants will want. This process sounds fairly exhausting, but it’s likely that with enough people working to make it happen and the fact that it’s probably down to a science that the turnaround is quick and is almost like magic when it’s all done. For the average person moving day is a long and laborious process, but in the White House, things move at a much quicker pace.

4. Presidents don’t live free and clear in the White House.

We’re often shown the president getting his own food and fixing his own snacks, which is likely something that might happen. But the president still pays for all meals apparently, and despite having a salary is expected to pay when they go out as well. It’s not a free ride as some might think, and some presidents have actually left the White House in debt. But given that they continue to pull down a salary that’s better than many could hope for it’s hard to feel sorry for any of the former presidents really. The president pays out more than people might think, but this is something that isn’t exactly shouted to the rooftops.

3. People have died in the white house.

There are stories of haunting in the White House, but we don’t generally get to hear them since what is shown in the movies and on TV has more to do with current events and not ghost stories. One has to think that if there were a ghost story told about the White House it would be kind of popular in this day and age, and might even get the conspiracy theorists salivating simply because it would give them something else to talk about. But the deaths are said to have been quite natural in most cases, though the hauntings that are said to happen at the White House are likely something that aren’t seen as worthwhile to some.

2. The actual Presidential Emergency Operations Center isn’t as big or fancy as it is in the movies.

The PEOC looks quite spacious in the movies and has all the upgrade technology a person could want since of course, it makes for a better story and is bound to get people thinking that the head of the country is going to be given only the best to work with in order to keep the country running. But the truth is that the room is actually suited for around 10 people, and even then it can get kind of stuffy. But it’s fair to say that the technology has been updated throughout the years and might very well be fully capable as has been seen in the movies, at least in relation to the current era, since anything that’s too futuristic likely isn’t going to be found.

1. The inhabitants aren’t as free to roam around as people think.

Those that live in the White House can’t exactly wander around as they do in the movies and the TV shows, since they have to be under supervision pretty regularly and they apparently can’t even open a window without someone being there or getting permission to do so. That sounds pretty restrictive for someone that’s supposed to be in charge of the country or someone that’s related to them. But apparently those in charge of security take their jobs very seriously.

When put this way, it doesn’t sound like an ideal home.