Home
Movies
What Movies Get Completely Wrong about Babies 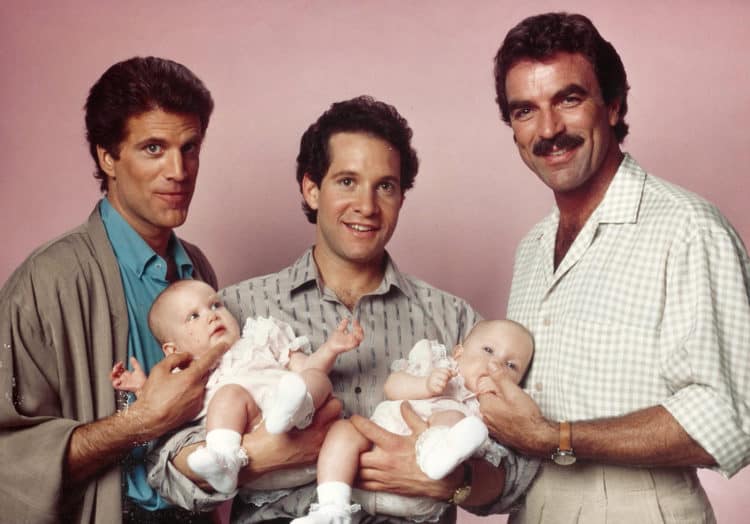 Hollywood tends to get a lot of things wrong on purpose since the idea is to create a movie or a TV show that’s well beyond the societal norm and tends to make a lot of things appear to be factual when they’re not. This includes pretty much every aspect of life that one can imagine, and this time around we’re talking about babies and what movies tend to get wrong more often than not. Again, it’s likely that this is done for a number of reasons, such as expedience, a sense of humor, or anything that goes into the movie that’s being made. It’s not just parents that can pick out what’s right and wrong with the movie experience though, since those that work with children, around them, and have any experience with kids at all would be able to say a few things since the fact is that kids aren’t as difficult as a lot of people might want to reveal, since they’re tinier, more helpless versions of adults that need a lot more care and definitely a lot of patience when it comes to caring for them and teaching them how to develop and understand the world around them. One of the top things to remember about babies is that they’re a lot of work, which means having one shouldn’t be a spur of the moment thing, and preventing a pregnancy from happening isn’t one hundred percent possible, but in ideal situations, it’s something that people still need to think about.

Here are a few things that movies tend to get wrong about babies.

5. No, your baby is not smarter, cuter, or somehow more special than every other kid.

The only reason for saying this is that far too often there are babies in the movies that can inspire those in real life to say that ‘my baby takes after so and so’. It’s not something that happens on a regular basis, but just for the sake of it, your baby is special to you and to those that care about them, but that’s where it stops. A lot of people might agree that you have a cute kid and possibly even a smart kid, but the idea of stating that your baby is smarter or cuter or perhaps more special than any other baby is something that a lot of people don’t care to hear simply because it’s a little pretentious.

4. Babies do not look clean when they’re born.

Many movies have improved upon this look over the years but the fact of the matter is that when babies are born they’re wrinkly, covered in gunk, and while not all of them are squalling quite a few do since they’re trying to get the crud out of their lungs. Plus, compared to the location they came from the outside world is damned cold by all accounts even if the birthing room is kept at a reasonable temperature. But when a baby is born, oh yes, they are a bit disgusting as well as beautiful to their parents since it’s at that moment that most parents realize the gravity of bringing another life into the world.

3. Breastfeeding is a little more complicated than it would appear.

It’s not all about just exposing a breast and feeding a kid since as it’s been seen in the movies and on TV, breastfeeding is still seen as a bit of a controversial issue. But before anyone even gets into the meat of that debate, the fact is that some kids don’t latch, some can’t for one reason or another, and some mothers get very stressed out about this. Some kids don’t have any other option but to take a bottle either because they don’t want to latch or their mothers can’t produce any milk, but there are a lot of other issues that go into breastfeeding that the movies don’t always go into in full detail. That’s probably for the best though.

From the process of being born to the idea of growing up and learning how to use the body they’ve been given, babies tend to get sleepy quite often. Not every kid will have the same sleep cycle, but it’s important that they get plenty of rest, for the baby as well as the parent, since the 9-month process is hard enough, but now there are years to weather with a kid and everyone tends to need a good nap now and then. But with babies, a schedule is usually a great thing since newborns will tend to sleep quite a bit if they’re not eating. It’s rough being a baby, after all, there’s so much to take in every time their eyes are open.

The comedy of this is what really sells the idea that putting a diaper on a baby is a significant challenge since not only will a nurse at the hospital willingly show a parent what to do, but there are instructions to be found pretty much anywhere one decides to look. Plus, if a parent has actually gone to the many different classes there are on caring for a baby they’ll know what to do before the kid is even born. And if not, ask someone that has a kid and they’ll help out, no problem.

Seriously, apart from getting on a schedule, babies are not that hard to deal with.