Home
Movies
What Movies Get Completely Wrong About Snipers 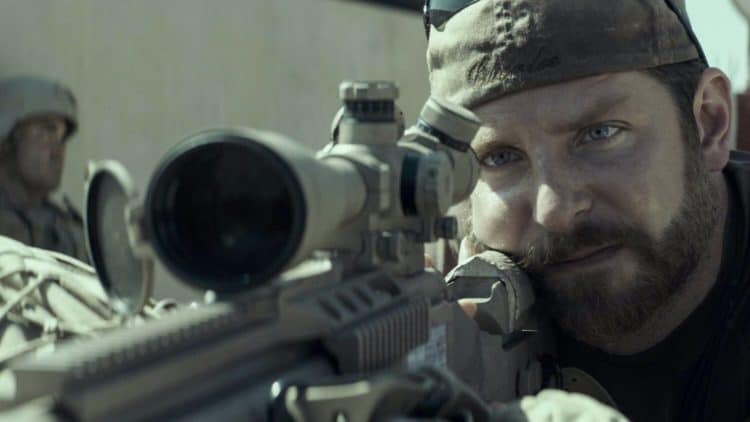 Just saying the word ‘sniper’ is enough to turn heads since thanks to the movies and the overall designation, snipers are thought to be among the deadliest of combatants given that they can kill from a distance and are often highly-trained soldiers that are seen to protect their fellow soldiers and are also just that awesome. The truth of a sniper is that they’re one soldier in a given unit and while they do often possess a skill that’s hard to match, there are a lot of individuals that are just as efficient at killing or curtailing an enemy, but the skill set of a sniper is different than anyone else, just as other types of soldiers are different from one another. In the armed forces a person is taught how to fight, and judging by their aptitude and skills they’re often placed in one position or another to learn a certain set of skills that they might excel at. Not everyone can do what a sniper can, but then again, not every sniper can do what other soldiers can either, since there are many specialized positions that require intense focus and dedication to enable an individual to be at their best whenever they need to be in the field.

With that in mind, here are a few things that the movies get wrong about snipers.

5. Moving targets are much harder to hit and aren’t as realistic.

The movement of a target doesn’t negate the ability of a sniper to hit their mark, but it does increase the difficulty, and depending on the speed, some shots might not be entirely possible. The amount of cover a target has could also be an impediment since a bullet can only penetrate so far into some materials before it’s stopped cold, and if the surface is glass then the shot could go astray depending on the angle of the glass surface. Movement is not the worst thing that a sniper has to deal with, but movement and varied surfaces that might be in between the bullet and the target could make a huge difference.

4. Snipers don’t place their eyes that close to the scope.

This is something that’s been improving over the years since anyone that’s ever used a scope while hunting or target shooting, which would be ridiculous in some cases, would know that if one is intent on placing their eye directly against the scope that they could be walking away with a black eye. The recoil on a sniper rifle is bound to be a little forceful, and sticking your eye against a part that’s attached to the rifle isn’t a smart move. Thankfully this is something that more movies have been improving on over the years since it adds a bit of realism.

In the movies, this is part of what makes a sniper so impressive, their ability to wait out a target until they have the perfect shot, which is when they fire and take down the target with one well-placed shot. In reality, this isn’t always how it happens since targets aren’t always going to stay still or present themselves as one might think. It’s fair to say that if a sniper gets that one perfect shot and the target doesn’t know that they’re in the vicinity, a single-shot kill is very likely since there’s no way to know where the shot is coming from or when. But realistically it’s not always going to be this way.

2. Snipers can do more than kill from a distance.

This part of their job is what gets noticed the most, but what a lot of people need to remember is that snipers are trained soldiers and have other skills that can make them every bit as dangerous in the field. Being a specialist in one field doesn’t negate the other training that snipers receive while they’re in the military, and it’s entirely possible for a sniper to be extremely good at something else as well. Focusing intently on one skill alone isn’t the wisest move since it leaves huge gaps in one’s personal arsenal, which is why snipers might not be demolitions experts or anything else that requires a good deal of training, but they are skilled soldiers that are skilled at more than the one thing they’re known for.

1. Most snipers will use the pad of their finger on the trigger, not their whole finger.

This is one of those technical details that some movies get right but not all of them since the trick is that a lot of snipers tend to use the pad of their finger to squeeze the trigger rather than curl their finger around it to pull it back. How a trigger is depressed does affect how a rifle will fire and whether or not the shot will be on target or veer to one side or the other. Given how much training a sniper receives this is something that becomes automatic for a lot of them but is still worth mentioning since some movies get it wrong.

Snipers are trained to be good at what they do, but the movies almost turn them into super-soldiers.