Home
Movies
What Movies Get Wrong about Missiles 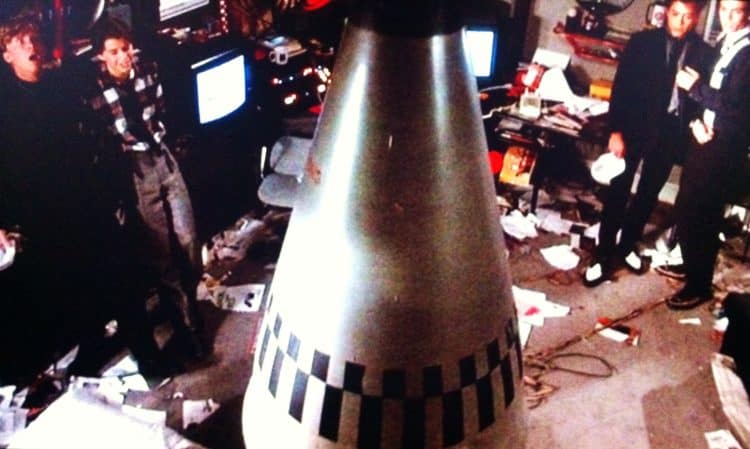 Anything to do with warfare in a movie is bound to be exaggerated in a big way since if people were to see how real warfare is conducted they might be horrified or bored depending on the different methods that are used on a regular basis, and the amount of paperwork and procedures that need to be filled out and filed. But when it gets down to the launching of missiles it does tend to mean that things have gone way past the diplomatic stage and that stuff is about to get serious. With that in mind, the kind of damage and capabilities that any missile is given tends to be enough to make a lot of people worry incessantly since dropping something that can be easily the size of a bus or bigger is going to come with a lot of problems that people will have to worry over if they happen to be the primary target. But again, if we’re talking about an action/war movie then it’s easy to guess that the missile in question isn’t going to behave like a typical missile unless it happens to conform to the narrative that’s being pushed.

Here are a few things that the movies get wrong about missiles.

With a heat-seeking missile on your tail and locking in without hesitation, it’s not enough to simply shift into another gear and hit the turbo button, since a missile is bound to cruise at roughly a mile per second, which no car can possibly match no matter how ridiculous the movie is. The type of acceleration needed to outpace a missile would tear a human being apart since the ability to go that fast could likely be made possible, but the car in question would have to be insanely modified in order to not turn the driver to jelly within the first few hundred yards. Let’s just leave it that even a NASCAR driver on a straightaway would be out of luck.

4. Pounding on a missile will make it explode. Only in the cartoons.

If all it took was one solid hit to make a missile explode it wouldn’t require much on the part of an enemy to defend against such things since any solid hit might cause the missiles to explode in midair. Sometimes missiles don’t even need to contact anything as they can be detonated remotely, even if some folks see this as impractical. But pounding away on the casing isn’t really going to do much since unless one is as strong as Superman they’re not punching through the casing, and trying to keep up with a missile isn’t all that possible, so pulling a Captain America from the comics just isn’t going to work.

3. Missiles can be deflected in midair. That’s kind of funny.

Given how fast they’re going once they’ve been fired and the fact that they’re so durable, thinking that something that big can be diverted by anything that has less force behind it and weighs so much less. Anything getting in front of or even close enough to the cone is going to be in serious trouble if the missile is set to detonate on impact since the force of being thrown against the cone could possibly set it off, but then again no one is that stupid hopefully. Trying to knock it off course though is another fantasy that comics and movies try to sell people since the idea of redirecting the momentum of something like this just isn’t possible.

2. Missiles can be used to pinpoint a target. Up to a certain range, sure.

Their targeting is actually pretty good, but if someone is trying to sell you that a missile can hit a singular target or someone on the run then you can feel free to laugh since not only are missiles not used in this manner, but the idea of going after a moving target is kind of hilarious. Missiles can be used to target various individuals and groups since the detonation and the resulting explosion is going to have a seriously devastating blast radius. But pinpointing one target isn’t always the goal since it’s a horrible waste of a device that is usually designed to take out more than one individual.

1. A missile can be shot out of the air. Whoever thinks this needs to check their facts.

There are plenty of theories that want to prove this to be correct and to be certain, there do appear to be plans on the books that are said to solve this problem in theory. But until the world becomes a shooting gallery for the people with the nukes at their disposal it’s not likely that we’ll find out thankfully. But in theory, shooting a single missile out of the sky is a lot harder than it sounds.

Missiles are by far one of the most dangerous inventions ever created in times of war.