Home
Movies
What Movies Get Wrong About Street Fights 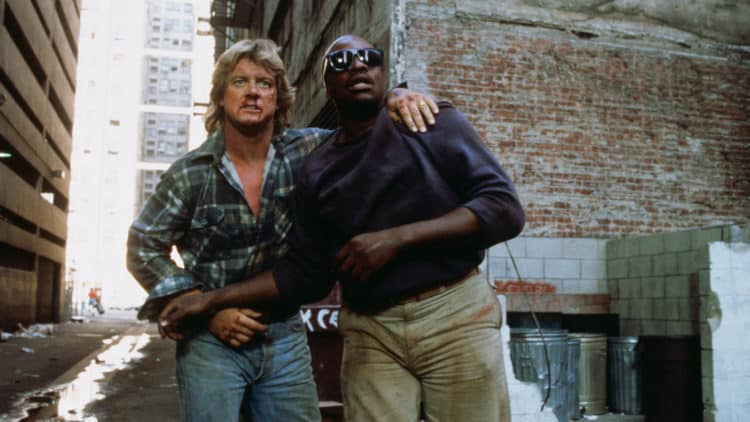 Let’s make this clear, street fights in the movies are about as choreographed as any random fight could ever be. In real life, a street fight could break out because one person bumped into another, both or one of the fighters is drunk, or there was simply an exchange of words that didn’t go over so well. There have been numerous reasons for people to get into fights over the many, MANY years that humans have existed, but a street fight has one thing that sanctioned fights don’t, a distinct lack of rules. Street fighting is essentially a no-holds-barred fight in which both combatants are free to pick up anything they need, or do anything they can, to ensure that they’re the last person standing at the end. The thing about a street fight though is that in the movies it might look impressive and serve a point. In real life, both sides that engage in a fight have already lost since this type of fight is bound to do more damage to both parties since the violence is only bound to escalate so long as both individuals are willing to go on. In fact, it usually only ends when the cops arrive, or one individual can’t go on any longer.

Here are a few ways that movies get street fights wrong.

If you’re invested in fighting it means that you’re bound to save your energy since moving around and throwing punches, kicks, or trying to restrain your opponent requires at least some focus. Talking expends energy and the oxygen a person needs to do something as simple as duck, dodge, evade, or return their own punch or kick. In the movies, the talking is a way to advance the scene and give the audience a better chance to know what’s going on, but in real life, it’s just a distraction that a smart fighter doesn’t bother with. Of course, a smart fighter is the one that learns how to avoid a fight in the first place.

4. One-punch knockouts are common. If you’re a trained fighter maybe.

In some movies, it’s been shown that a street fight, or any fight that doesn’t take place in a ring, can be ended with one solid hit. It’s definitely possible, but a lot of times it will be lucky and not skill that makes this happen since someone will hit another person in just the right way that the lights will go out and the fight will be over. In a regular street fight, it’s more likely that a few lucky hits might land, but anything landing with enough force or in just the right spot isn’t as likely to happen.

3. Both fighters know how to throw a punch. Have you ever watched a street fight?

Typically if a person knows how to fight they’re not going to want to since they know what they can do and with this, hopefully, comes to the discipline that is needed to avoid a fight that’s not sanctioned and could get someone hurt. But in a lot of street fights, there are too many people that puff up their chest and then start throwing wild haymakers thinking that they’re going to get lucky. Those that know how to fight usually won’t as they understand the damage that can be done. In other words, fools that get into a street fight usually don’t know what they’re doing and will look ridiculous.

2. It’s always one on one. This isn’t even true in the movies.

Too often an over-zealous friend, or friends, will jump into the fight for one reason or another since the idea is that street fight isn’t legal and it has no rules, so there’s nothing stopping them from evening the odds in their friend’s favor or simply getting in on a beating that might not favor their friend. A lot of people would claim that this is a cowardly way to fight and they’re right, but it’s also something that can happen without warning. This is why a street fight isn’t wise to engage in since there’s usually someone that’s going to think that they need to join in and make things worse.

1. A person can take an ungodly amount of damage. One solid hit can usually put a lot of people down.

Keep in mind I did say that a lucky shot is about the only way to get a person down in one punch, but the movies show people engaged in a street fight taking blows to the gut, the back, the shoulders, head, and everywhere else and getting up as though it’s no big deal. The truth is that after a fight a person is more likely to need medical care than not since walking it off or shrugging off the kind of damage that’s been done isn’t that easy. The ability to take a blow to the head or any other substantial hit is possible for a trained fighter, but again, even they might head to the doctor after getting hit a time or two.

Let’s leave it with this: street fights aren’t worth it in real life.