Home
Movies
What Movies Get Wrong about The Restaurant Business 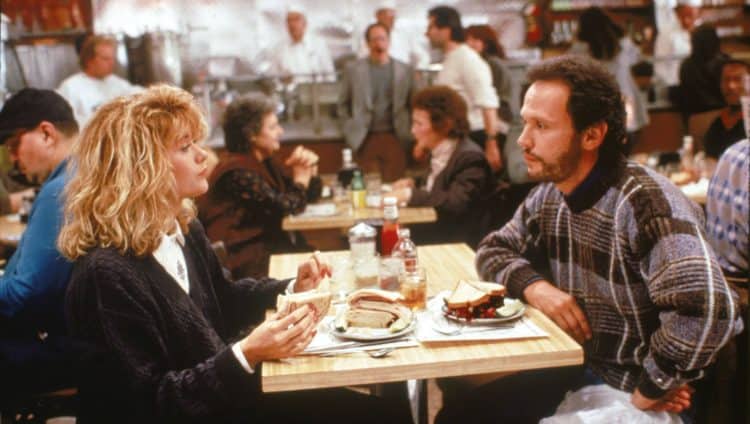 Movies tend to get restaurants right a few times here and there since they use them as settings and as props, but there are plenty of mistakes to be made.  Some are made on purpose and others are often made based on perception and the experiences of those that have visited various eateries in their lives. But the truth about restaurants is that they run pretty close to what you might see in the movies since there’s no need to glam them up that much or tell a different story that might make them look any better or worse than they actually are. But there are a few things that movies tend to embellish at times that some people might take as gospel simply because this is how things tend to happen. Restaurants are, like it or not, fading out at this point since the pandemic has made it all but impossible for many of them to stay open, and even less among them feature indoor dining any longer. But while the landscape of the restaurant business might have changed, many other things have not changed since the business still has to run and it still has to conform to the needs of the diners and the workers.

Here are a few things that movies get wrong about the restaurant business.

5. Head chefs take offense if you send something back. Not really, you just might not get your order back quickly.

There are a few horror stories I could tell that might have a lot of people switching from dining out or using Doordash or Uber eats to cooking their own meals, but I won’t get into that. Instead, if you do send your food back to the kitchen it had best be for a good reason since otherwise, it’s likely that you won’t see that plate for a while depending on the restaurant and how busy they are. It’s not that the chef is going to take it personally, because more often than not they don’t care. They’re about quantity, not always quality, and if you send your plate back for something minor that you could easily ignore, then you might have to wait a while.

4. Servers are uneducated people making minimum wage. Not even close.

A lot of servers are individuals that need the work, are going to school, or are working this job on top of one or two other jobs these days. Being kind to your server and not treating them like a fool is a great way to ensure great service since they’re usually doing their best to keep you happy, as it tends to affect their tip. But don’t assume that just because they work in a restaurant that they’re uneducated, since many upon many people make their way through college while going to school, and some even have degrees, but depending on the job market they might need something that pays the bills.

3. Busboys are geeks, nerds, or otherwise unskilled labor. There’s some truth to this, but not much.

A busboy or girl is someone that essentially has one of the worst jobs in the restaurant since they have to clear the tables, deal with the messes left behind, and help the servers with their jobs when needed. They’re not to be looked down on since they too are usually working to provide funds for their education, or simply need the money to survive. It could even be the first job for many of them, which means that a certain level of patience is required and that they’re doing what they can to learn. But by far and large, a lot of bussers are quick learners that aspire to being a server or finding another job that pays better.

2. Most restaurant workers want to leave their job. Some do, but it’s not the main goal.

Sometimes a job in a restaurant is a means to an end to move on to something else, as it’s already been mentioned that a lot of people might be paying for their education, or at least helping to fund it. But to be certain, some people actually enjoy food service since they enjoy working around people and fulfilling a natural need for others that won’t go away anytime soon. There are plenty of people that wander into restaurant jobs and don’t realize what they’re getting into and will desire to leave eventually, but that’s not why a lot of people get into the job.

1. The customer is always right. This is a highly conditional matter.

Why anyone ever thought this was true is hard to believe, but there are moments when the customer is right, and they tend to happen when the server or someone in the restaurant hasn’t tended to the customer’s needs in a professional manner. But if the customer demands too much of any server or is unreasonable or simply can’t be asked for even a slight bit of respect, then ‘the customer is right’ attitude tends to deteriorate very quickly.

The customer is right up until they’re in the wrong.