Home
Movies
What Movies Get Wrong about Training Dogs 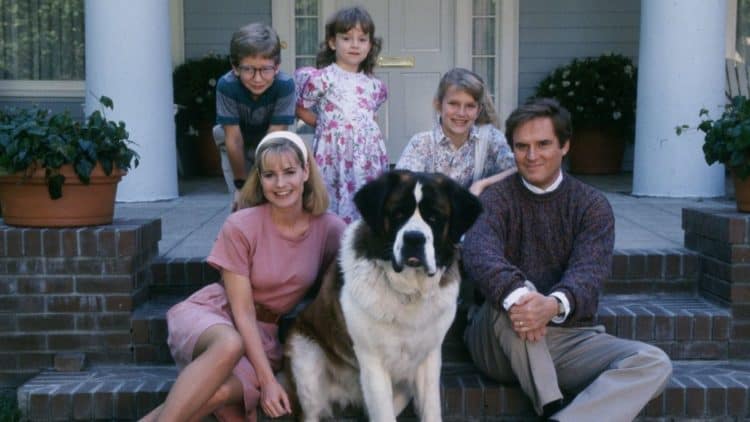 The truth about training dogs is that it’s typically only as hard as you make it. Dogs are like humans at times since they can learn at different speeds, they can learn different forms of communication, and not all of them are going to be quite as smart. But the movies would make a person think that dogs can pick up on various things that humans say and do in a way that’s kind of unbelievable. Like it or not, dogs are intelligent animals, but their intelligence varies from breed to breed, kind of like humans. They can understand enough to get by and thanks to training, they can possibly understand even more. But the act of training a dog isn’t something that takes a set period of time, it has to be drawn out over a period of time in order for the dog to understand and repeat the commands given enough times to memorize them and to ensure that they won’t simply forget. Some dogs excel at this, others don’t, but the fact is that movies tend to show us only the smartest canines and don’t make it clear that some dogs will actually resist training while others aren’t given a fair shake or don’t appear to care.

Here are a few things that the movies get wrong when it comes to training dogs.

5. Dogs are intelligent enough to pick up on commands without training. Not really, though dogs are smart.

So, as a human, have you ever fully understood everything that’s been taught to you without needing a refresher now and then? Probably not, since repetition is the best way to remember anything, along with several systems that can be used to keep that memory in place. Dogs are intelligent, there’s no doubt of this, but they have to be trained with a great deal of patience and time in order to remember the simplest commands since otherwise, they’re going to follow their nature and do what they feel is right for them, which could be something that’s harmless or something that humans don’t find agreeable at all.

4. A dog will do almost anything for very little reinforcement. Do YOU do that much for nothing?

Training a dog to perform simple commands doesn’t necessarily mean that you have to treat a dog to a t-bone steak all the time, but keeping the treats on par with the task at hand does manage to help things along. But asking a dog to perform a complicated trick or command is something that might need a little more reinforcement than a chewy or a pleasing treat since most animals don’t want to work against their nature unless there’s something in it for them. This might make it sound as though dogs need to be given treats all the time, but believe it or not, approval and affection can go a long way as well.

3. Treats are always the way to go with training. You’ll be feeding a dog with treats for a lifetime with this method.

The idea of treats is a great way to start, but unless you find another solution or way to praise a dog when training them, they’ll expect a treat every single time they do something good, and if they’re not reinforced in such a manner then they might stop performing. As was mentioned above, love and affection and other methods, such as performing the dog’s favorite activity, could be possible replacements for a treat later on down the line, but it’s true that edible treats do manage to motivate a lot of animals into doing something they wouldn’t normally do. But again, weaning them off said treats is important after a while.

2. Dogs can understand everything a person says. Seriously, no one can possibly believe this.

Dogs do have the capacity to understand various words and might even be able to comprehend their meaning after carefully training this into them, but thinking that they’ll know what a person is talking about without any other prompt is kind of ridiculous. A dog will usually pick up on a person’s tone, their body language, and the overall feeling of a situation before they really get the understanding of a word down, but it is possible for dogs to understand words if they’re spoken in the appropriate manner, meaning that the tone and the overall body language match the words that are spoken.

1. A dog will typically forgive a human pretty much anything during training. Yeah, no. Even dogs have their limits.

Abusing a dog is a heinous act no matter who you are, but there are moments when the acting prowess of a canine is needed, and some dogs are quite good at this. But abusing a canine isn’t wise since one of two things can happen. One is that their spirit will break, which is more horrible than breaking their body since looking into the eyes of a broken dog is soul-wrenching. The other option though is that the dog will attack and lash out when they’ve had enough, or possibly run away since they don’t want to deal with it any longer.

Honestly, a runaway is the best hope in the matter of abuse, but it’s far from perfect.