Home
Video Games
What Should You Know About Tribes of Midgard? 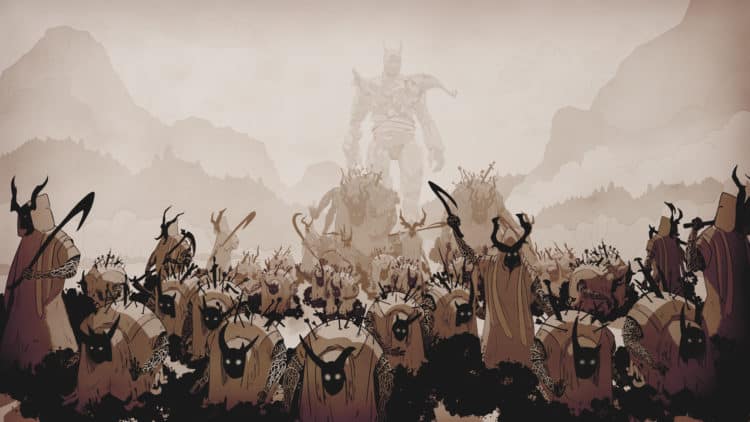 Tribes of Midgard is now available on PlayStation and Steam, but what is it? Developed by Norsfell and published by Gearbox Publishing, Tribes of Midgard is a game that gives you the opportunity to become a legendary hero of Norse mythology. The goal of the game is to have players work together as a tribe (or you can also choose to play solo, if you’d rather do that), in order to protect the sacred Seed of Yggdrasil at the center of your village. If the Seed ends up being destroyed, then the game is over. “We created Tribes of Midgard to offer players both cooperative and solo experiences where they can live their own myths and legends. Stories worthy of being told around the campfire, just like the Vikings,” said Julian Maroda, CEO and creative director at Norsfell. “We can’t wait to hear about the community’s own tall-tales from adventuring in Tribes of Midgard!” So, what do you need to know about Tribes of Midgard?

In Tribes of Midgard, the world is procedurally generated, which means that every time you hop back into the game it’s going to be a completely different experience. While this isn’t a completely new innovation in the game world (we’ve seen this feature in games like Minecraft, Terraria, No Man’s Sky, Binding of Isaac, and so many more), it is one a feature that we don’t see very often in games nowadays. This will certainly lend to better replayability and will hopefully add to the “fun factor” of the game. The world of Tribes of Midgard is bright and colorful and full of danger lurking at every corner and endless possibilities for players to explore time and time again. “We are proud to share the amazing work Norsfell has put into Tribes of Midgard, it has been an immense joy to support them on their journey as game makers,” said Steve Gibson, president of Gearbox Publishing. “We believe Norsfell’s distinct vision will make this a game that is enjoyable for all kinds of game players for many years to come.”

Tribes of Midgard is available now for PlayStatation and Steam for $19.99 (Standard Edition), and if you want to offer up an extra $10, you can get the Deluxe Edition for $29.98 on Steam and $29.99 on PlayStation. I’m not really sure where that extra cent comes from.