Home
TV News
What The Resident Gets Wrong about the ER 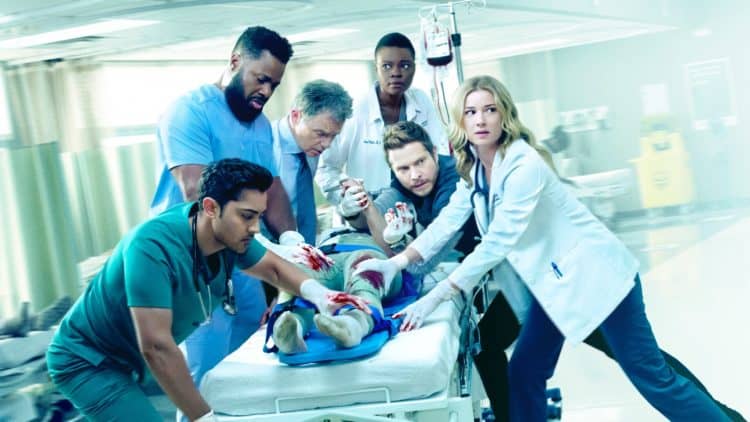 For those who are unfamiliar, The Resident is a medical drama that started up on Fox in January of 2018. Given its name, it should come as no surprise to learn that it is centered on residents at a hospital who face a wide range of both personal and professional challenges on a regular basis. However, it is interesting to note that The Resident is not popular with real residents to say the least, which can be blamed to an extent on its inaccuracies. Here are some examples of the things that The Resident gets wrong about the ER as well as other aspects of the healthcare system:

Naturally, The Resident is no exception to this rule. For instance, one of its most infamous scenes is a botched appendectomy that results in the patient’s death, which is promptly covered up by the participating surgeons. Ignoring the cover-up, which is a whole separate issue in its own right, the appendectomy isn’t a faithful representation of the surgical procedure that is carried out in real life on a routine basis. For example, most appendectomies are carried out in a laparoscopic manner, which minimizes the invasiveness of the surgical procedure by creating a small incision in the abdomen before using a camera to guide the use of long tools in removing the appendix. As such, The Resident went with a very exaggerated representation of an appendectomy that was presumably meant to create a sense of tension as well as related feelings on the part of the viewers. This speculation is further strengthened by the very noticeable blood spurt when there is nothing in that part of the body capable of producing such an effect. Never mind the CPR that was performed on the abdomen, which is more than a bit ridiculous because the heart isn’t situated anywhere near the abdomen.

Of course, that is far from being the sole medical error that can be found in The Resident. Other examples range from the very careless injection of potassium to giving the heart of someone in the hospital because of a heart infection to someone who needed a heart transplant.

On a related note, The Resident makes a lot of procedural errors as well. Simply put, hospitals are similar to other major organizations in that they have established ways of doing things, which are based on both expertise and experience. Certainly, hospital staff can stray from these procedures. However, they tend not to do so with the sheer regularity seen on The Resident, not unless the hospital is in a much, much worse run than it is supposed to be. One excellent example of procedural issues would be how the show’s residents have much more decision-making power over the cases than what they are supposed to have, which doesn’t make sense when they are supposed to be overseen by an attending physician who must approve most medical decisions because said individual is the one with the additional experience needed for better decision-making. Another excellent example would be how surgeons don’t take selfies in the operating room because that would break the sterility needed to minimize the patient’s chances of getting some kind of infection. In fact, this kind of thing is literally against the law, though to be perfectly fair, this is far from being the sole example of someone on The Resident breaking the law.

It Is Based on a Rather Misleading Statistic

With that said, the worst thing about The Resident is that it seems to be based on a rather misleading statistic saying that medical errors are the third leading cause of death in the United States. In fact, one of the show’s co-creators Amy Holden Jones has brought up this statistic while commenting that she is glad that doctors are feeling threatened by the show.

The problem with the statistic is that the conclusion is based on flawed methods. First, the conclusion is based on 35 deaths attributable to medical error in close to 4,000 hospital admissions, which cannot be considered a representative sample of the population as a whole by any reasonable standard. This problem is illustrated by how two of the four studies used to produce the conclusion were focused on Medicare data, meaning that the people being studied had much higher chances of death no matter how they were treated because they were older, in poorer health, and had something serious enough that they were being treated in a hospital. Second, the methods used to produce the conclusion didn’t do a very good job at distinguishing between medical errors and adverse outcomes. This is important because the first is when a bad outcome happened because the medical professional should’ve known better based on the available information whereas the second is when a bad outcome happened because of something that was beyond the medical professional’s control.

Regardless, the outcome of this statistic being a central guiding principle for The Resident is that its medical professionals are villainized on a regular basis. Moreover, the general course of the medical profession is depicted as a system that causes its participants to become more and more villainous because while the residents can be depicted as being well-meaning in nature, their more senior counterparts are almost always either rash, greedy, hubristic, or some other kind of problem. Considering how critical a functional doctor-patient relationship is for ensuring good health outcomes, The Resident isn’t doing wonders for the state of healthcare in the United States because it exaggerates the problems of medical professionals far, far beyond what the evidence can support.