Home
Video Games
What To Expect With The Dead Space Remake 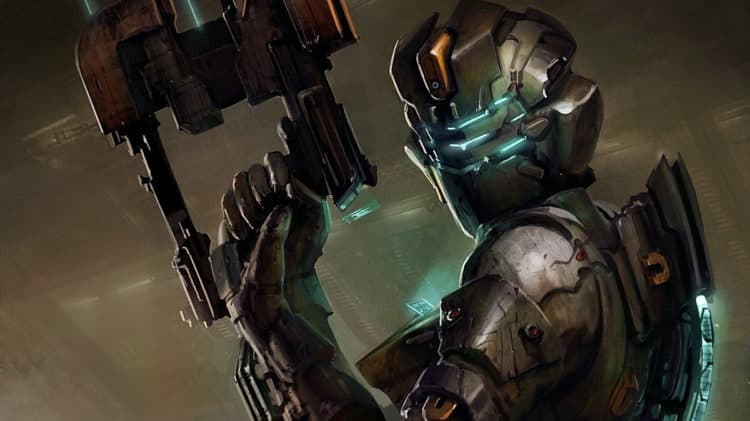 With the rumors of a Dead Space remake being in the works for several months, fans took it all with a grain of salt. When it comes to the gaming industry, gossip and speculations on potential secret projects being developed is a common occurrence. Originally developed by Visceral Games and published by Electronic Arts, Dead Space became an award-winning survival horror series. It spawned two sequels, two spin-offs, and an aminated feature. This universe was well-received and players couldn’t get enough of it. When Visceral Games went defunct in 2017, players naturally assumed that it was the last they will ever see Isaac Clarke and company. Well, it turns out that the rumor of a remake came out to be true. It took players by surprise and it rejuvenated the excitement of going back into the void of space to take on the Necromorphs once again.

This time, Dead Space is being developed by Motive Studios while still being under the umbrella of Electronic Arts. This isn’t going to be just a “shiny new coat of paint.” This remake is being built with the Frostbite Engine, which is a completely different software from the original. The Frostbite Engine was developed by DICE, which is best known by the Battlefield series. Since DICE is a subsidiary of Electronic Arts, the Frostbite Engine is exclusive to only the titles they publish. So, it’s only natural for this upgrade to Dead Space to use this software due to its polished high fidelity and the ability to really destroy objects.

Technology Behind The Terror

Creative director of Motive Studio, Roman Campos-Oriola states, “We are not porting them, it’s not uprezzing the texture or adding more polygons to the model. It’s really rebuilding all these elements, shooting all the animations.” So, it appears that this re-telling of the original tale on board the USG Ishimura is indeed being crafted from scratch. It leaves one to wonder how the Frostbite Engine is going to be utilized within such confined spaces. It has been noted that there are quite a bit of unused level designs from the original that ended up being cut out. Campos-Oriola also says, “What’s funny is that you can see some of the iterations that were made prior to ship by the team. In the first chapter, you can see some corridors that they wanted to do first in a certain way, and then you can understand why they changed it for technical constraints or some other reason.”

Based on the trailer, the basic vibe that the original is famous for remains intact with this remake. Of course, with today’s advancements with home consoles and gaming rigs, this installment is going to be a highly immersive experience. There are going to be no loading screens and the action will flow non-stop without any breaking of the high-octane horror. On top of that, there is going to be a total restructuring of the character designs. Upon looking at the trailer, at the very least is seems Isaac Clarke’s suit will remain mostly unchanged. However, the Necromorphs might be getting a complete overhaul on how they look and behave.

The sound will also be enhanced with the Dead Space remake. It’s currently unknown if the original composer, Jason Graves will be returning. However, this version of Dead Space will be utilizing 3D audio to fully envelop players into a foreboding atmosphere that chills them to the bones. Of course, there are also going to be copious amounts of volumetric effects and dynamic lighting that will enhance the experience. Apparently, since Dead Space became a full-fledged trilogy, there were upgrades and even risks taken with each subsequent installment. Campos-Oriola also added, “And not necessarily improvements because those things were not really working in the original, more improvements because of what came after, and we’re like, ‘Aw man, that’s interesting if we could reference that, or if we could make a link to that.”

So, it remains to be seen that the excellent weapon crafting system from Dead Space 3 will be implemented into the Dead Space remake. However, there won’t be any microtransactions put into it, so players don’t have to worry about that. As everyone knows, the infamous microtransactions that were in Dead Space 3 and also Battlefront 2 didn’t really settle well with consumers. So, the developers over at Motive Studios are staying far away from that concept. Given how rich the lore Dead Space has become over the years, it’s not entirely clear what story elements Motive Studios are planning to put in with this installment. It’s possible that the origins of the Necromorphs may be completely different and they might stray away from The Marker exposition and try something totally new. Remakes generally like taking chances with lore and this could be the case. As of right now, what Motive Studios is planning to do is anyone’s guess. However, it’s safe to assume that this adventure is going to have the same sense of terror and action that the original is known for.

Needless to say, it appears that the Dead Space remake is in some good hands. Any player that has tried out the original lately will notice that it feels aged and having a new spin on this series is certainly welcomed. The developers are clearly fans of the series and, according to the trailer. They seem to be on the right path on re-capturing the grit and darkness that this intellectual property is known for. One can only imagine how the Frostbite Engine will be used within strictly an interior setting. Generally, this engine is notorious for the usage of massive destruction in open areas like; fields, roads, cities, and villages. Perhaps, windows will be able to shatter and the piping of the walls will erupt and hiss noxious fumes. As of right now, it’s anyone’s guess. The Dead Space remake is early in development and is slated to be released for the PlayStation 5, Xbox Series S, and Xbox Series X along with the PC in the near future.