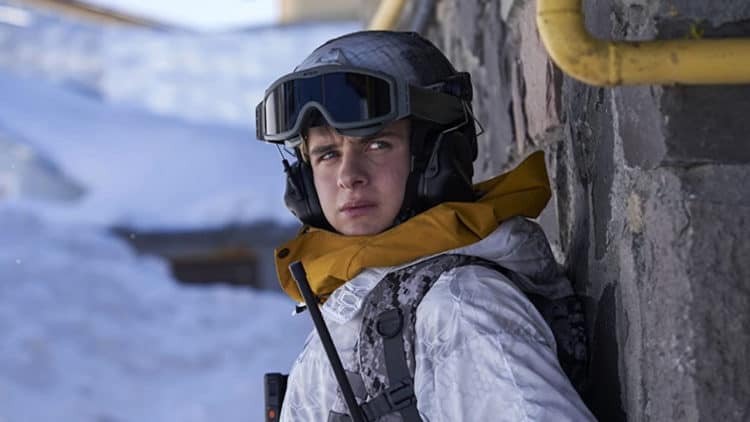 The plot of the second season of Alex Rider is kind of interesting since takes the world domination and destruction angle in a different direction finally since it has the antagonist, a billionaire environmentalist of all things, seeking to take control of the USA’s nuclear arsenal. He would apparently then aim them at countries that are known to be huge drug-producing countries before dropping the bombs. The trick here is that he wouldn’t be worrying about civilian casualties, as the goal would be to simply eradicate the spread of drugs in one fell swoop. That’s different, to say the least since a lot of times the bad guys are more than ready to use the drug trade for their own ends and aren’t thinking of blowing it all to hell since the drug trade tends to bring in a great deal of scratch and as a result is considered to be a means to an end. But having a young protagonist isn’t quite as new as some might think since it’s been done in the past but not to great effect, much as the Alex Rider movie showed in its own way. But the show has so far impressed a lot of people, which could be a big reason why it’s been renewed for a second season.

A younger protagonist does change the dynamic of the story in a lot of ways, to be honest, and so far it would appear that people are on board with the idea and are thinking that the second season will offer up just as much excitement as the first one did. It does sound as though the protagonist was ready to hang it up and call it quits with the spying days, but of course, that wouldn’t do since people want to see him back and his expertise is needed yet again. The hope here is that the second season will be just as entertaining as the first since way too many shows end up doing something similar that’s safe and keeps people watching, but kind of makes it clear that the writing team isn’t really attempting to go beyond the boundaries they’ve already been skirting. The idea of a terrorist bombing drug-producing countries while not worry about collateral damage though is something different since it speaks to a morally-ambiguous goal that is bound to do something positive while at the same time doing something utterly horrific. It’s the kind of decision that a lot of people couldn’t make since a lot of folks would rather take the long, protracted approach of pinpointing the drug trade and taking down the biggest manufacturers and suppliers so as to starve the weaker points that rely on their suppliers.

From a writing standpoint, one of the biggest problems there would be the fact that from a realistic standpoint that drug suppliers can usually find some way to protect their supply lines and possibly fold up and move shop when they need to. It’s not a perfect process obviously, but there are likely plenty of contingencies that suppliers can fall back on when it comes to losing a manufacturing or supply site. To think otherwise is to wonder why the drug trade hasn’t already been eradicated in the real world. But a villain actually trying to take down the drug trade, something that is otherwise known to produce a fortune that can fund just about anything? That’s a pretty innovative idea that might have been tried in a different manner once or twice but is still new enough that it could work for the second season and kick some new life into the series in a way, perhaps lasting the entire season or at least a handful of episodes. It does sound as though the plan was to start filming this year, but thanks to the pandemic it does sound as though filming won’t begin until 2021, which is fast approaching obviously.

Fans of the show will no doubt be waiting for the next season to show up and will be excited to think of what might happen since the first season was so well-received. Personally, the idea of trying to decide the greater wrong in a terrorist blowing up different locations in different countries without worrying about those that might suffer is kind of like the decision that had to be made when dropping the bombs on Hiroshima and Nagasaki, the reason behind it is sound enough, but the disregard for human life that would be lost is horrific. But that’s part of why terrorists are so dangerous, a lot of them don’t really care about who they’re hurting so long as their point is being felt by the targets they’ve selected. Everything else becomes a detail that is just in the wrong place at the wrong time.