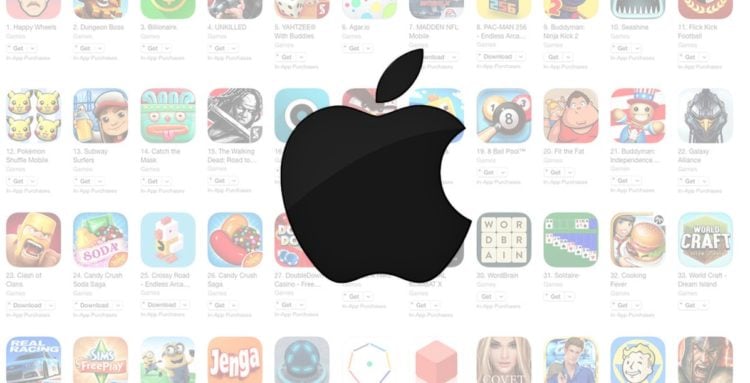 Everyone wants to go streaming these days, because that’s where the money is. Apple is getting in on it as well, but Apple is also riding the gaming train as it’s going to be opening its own subscription gaming service. The announcement for this is no doubt going to excite a lot of fans and users of apple products since quite honestly there are a LOT of people out there that trust and use Apple products in one way or another. The thing about it however is that it’s not just the gaming service that Apple’s looking to get into, as it will be looking to take over its own exclusive programming as well, meaning that it will be coming out with its own video streaming service.

The gaming subscription will be exclusive to Apple products.

This seems like a major downer for those that don’t use iPads or iPhones since there’s a good amount of Apps out there that are typically up for use and that people fully enjoy. This doesn’t seem to mean that people will be unable to access them any longer however, but instead that they won’t be able to take advantage of the subscription service that Apple customers will have access to. It almost seems like a way to divide and conquer to be honest but it also seems like an enticement to come over to Apple products all the way, thereby stealing a few of those people that tend to enjoy other products for various reasons. For serious gamers this seems like it would make a lot of sense considering that those who spend a lot of time playing games on their devices might find it a lot cheaper and give them a lot more access to more content that they might not be able to utilize on a regular basis.

There’s no new hardware being introduced.

That’s kind of odd since usually with such announcements you’d be expecting to see at least one new piece of hardware that would be pushed by Apple in an attempt to get people a little more on board with the idea. But there’s no other hardware coming this time, only the App and the video streaming service that will be announced. So far people are still excited since this type of App does seem like it could be worth it to those that make use of the App Store on a regular basis.

Some App Store games will be bundled.

This seems advantageous since there are quite a few games that are created by the same companies and it could be a good incentive for people to pick up new games and try something different if they’re allowed to buy a bundle rather than having to select one game after another in an endless search. It might be that there will be games that people won’t want but will take in order to get the ones they’re looking for. Apple is getting smarter it would seem when it comes to pushing products, though one has to wonder why no one thought of this before. It’d be nice to play some games and their sequels without having to look for them so fervently. Imagine how many people might still be trying to master Angry Birds if they knew of the many different games the brand had out there.

The streaming service is going to be something important as well but it does seem to take kind of a side seat to the gaming subscription at the moment despite the fact that a few noted celebrities are going to be making an appearance to promote the service. Apple is no doubt doing what it can to stay relevant as the streaming giants continue to roll on, though given that it’s one of the biggest companies around, still, one would think that this is more of a power grab than anything since the dominance that Apple likely wants is something it’s had for a while now and doesn’t seem ready to relinquish. It has yet to be seen just what the streaming service is going to be like for Apple, but with stars like Jennifer Aniston, Reese Witherspoon, and Jennifer Garner on board it does seem like it might be something that’s going to be at least somewhat impressive.

At this time the streaming service is expected to launch this summer, while the gaming subscription should possibly come sooner. Apple is definitely reaching for new heights with these two ideas and no doubt trying to stay relevant since the current mood seems to be that if you’re not pushing the envelope you’re not bound to stick around for long. The streaming titans might not have anything to worry about right now from Apple, but given how much each company has been expanding and changing it’s not hard to see how the streaming game could become rather serious later on.