Home
Comics
What We Know about Batman Villain Phantasm So Far 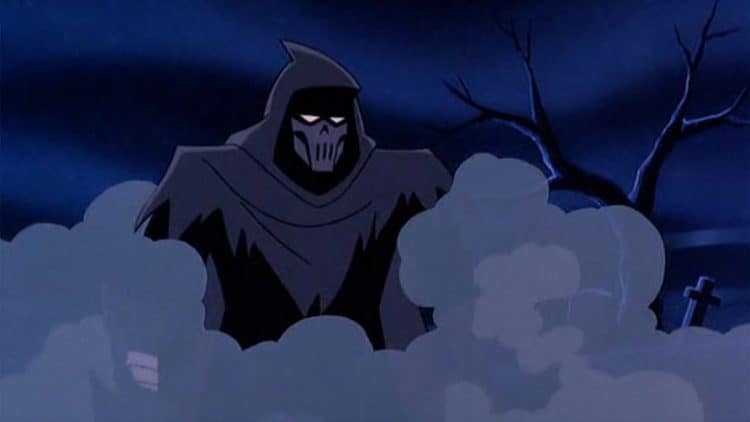 For a lot of us it might seem that Phantasm, one of the more interesting villains that Batman has ever gone against, was something left back in the 1993 animated movie. But according to Cooper Hood of ScreenRant the mysterious villain will be making a return to the Batman comics in 2020 to supposedly close out the Batman arc. So far it’s not certain if the Phantasm is going to be the same person underneath the mask, as some folks might be expecting Andrea Beaumont to be making a return into Batman’s life, but at this point it seems as though people are starting to take some interest in seeing this villain return. There was a very similar villain called The Reaper that showed up at one time, but the Phantasm was a very unique villain much like a lot of them that couldn’t be fully replicated.

As Russ Burlingame of Comic Book points out this is also a shift in the DC hierarchy since it also means that the creative team is changing just a bit within the next year as the man responsible for much of the current story line, Tom King, will be moving on to another project. That alone is enough to make a lot of comic fans raise an eyebrow since it’s very easy to notice the difference between one storyteller and another. The many distinct factors that go into making a comic can be noted by just about anyone that pays attention, and while a lot of people can tell a great story, keeping one person around for a substantial length of time is enough to allow a lot of fans to get used to their style and come to enjoy the story they tell. But while King might not be working the same capacity or on the same project it doesn’t mean he’s leaving entirely.

So what do we know about the Phantasm? Well, we know that the figure is really Andrea Beaumont, a young woman that almost ended up marrying Bruce Wayne and could go toe to toe with him in physical combat. When she and her father had to run from the mob and ended up far from Gotham the mob still found them thanks to a crooked politician that didn’t get his payoff. When she found her father dead, at the hands of the man that would become the Joker no less, Andrea plotted her revenge for the next decade, and then began to strike where she felt the need as she started clipping the individuals that had anything to do with the murder of her father, or with those that had ordered it. This of course put her squarely in Batman’s sights and the two would eventually tussle, though with her martial skills and need for vengeance it was obvious that the Phantasm wasn’t going down quickly or peacefully. It was when her identity was finally revealed that things got really messy as she went after the Joker and might have been killed had Batman not intervened. Even then, once she was in the clear Bruce had no choice but to let her go. From that point she disappeared it would seem, though she’s been seen at least a couple of times since.

As a character the Phantasm is someone that’s very intriguing since not only is she just about as tough as Batman and just as skilled, but she’s less likely to leave her targets alive for the law to deal with. If anyone has ever noticed, vigilante justice isn’t always quite as serious in DC comics as it might be in the Marvel universe. You can argue with that honestly since the Red Hood, Batman, and several others have been known to dispatch or otherwise mess up various criminals from time to time. But the Phantasm is one of those that has no regard for the lives of the guilty, and this makes the grim reaper appearance of the figure that much more accurate since she’s out for the type of justice that’s swift and final and doesn’t involve reminding people that hardened criminals have rights too. Some people would readily agree with this, while others might hem and haw thinking that everyone makes mistakes and portraying such a character in the comics isn’t exactly needed.

But to be honest the Phantasm is the kind of character that gives any comic universe a shot in the arm with a dose of realism that mirrors what a lot of people want to see in their entertainment just as they want to see it in reality. It’s a hard fact to swallow but it’s true no matter how much people want to deny it. And bringing the Phantasm back in this manner almost seems to indicate that DC is starting to see a need to change things up just a bit.