Home
Anime
What We Know about Code Geass Season 3 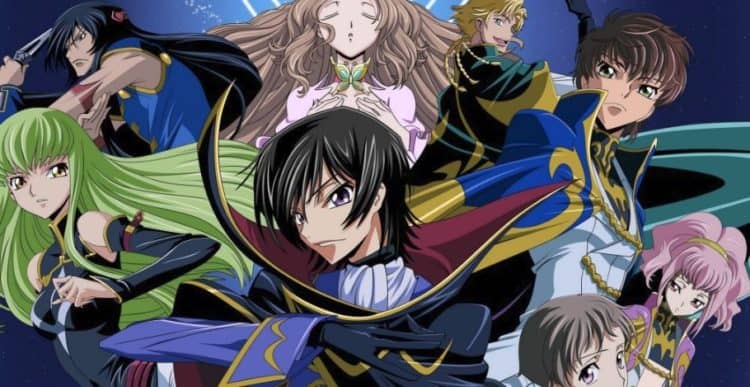 Code Geass is an animated series that originates from Japan. The first episode aired in October of 2006 and the last episode was shown in September of 2008. The show’s plot is a rather disconcerting one. In the show, a dictator government has overthrown all of Japan and people there have lost their right to do anything of their own accord. They’re now referred to as elevens, as the region itself is called Area 11. To make matters even worse, the enforcers of all of these new laws and regulations are not even human. Instead, they are robotic. Whenever someone doesn’t do what they’re supposed to be doing or they step out of line in any way, these ruthless robots come in to deal with them. You might say that they have a very heavy hand and they are swift to deal out punishment first and ask questions later.

Technically, the original show had two seasons before the final episode. For years after that, fans wondered if there would ever be a season three. After 10 years, it’s understandable that many people had already arrived at the conclusion that it just simply wasn’t meant to be. However, one thing kept hope alive for fans of the show. Ever so often, there would be information released about a possible season three. This kept people hoping that sooner or later, everything that needed to fall into place in order for a third season to occur would indeed happen. So far, a third season of the show has not materialized but there’s actually more talk about trying to revitalize this franchise now than there ever has been in the past.

At first, fans thought that the show would be brought back sometime in 2017 but it never happened. Then once again in 2018, there was more talk that it might finally happen. So far, most of the year is over and it still hasn’t become a reality. That being said, there is some good news. It may not come in the form that fans had hoped, but at least it’s something. As it turns out, the show isn’t going to be released as an animated series, at least not in the form that it had previously aired. However, it is going to materialize as a movie. Supposedly, the story is going to pick up right where it left off 10 years ago and of course, there will be a few new twists and turns in the plot in order to make sure that things are kept interesting.

This marks the first time in a long time that fans have really had any type of concrete evidence that something might finally happen with the show. Undoubtedly, there is some level of disappointment that they’re not planning on bringing it back in exactly the same manner but those that really do love the story are excited that they’re bringing it back in any capacity, whatever that might be. This is especially true after fans have been forced to wait for so long for virtually any type of news, only to hear of a possible release date and then be disappointed when it didn’t happen.

So far, there’s not a lot of information that’s known about the movie. It’s not even certain whether or not the same actors that voiced the characters in the two seasons of the series will be back to do the same for the movie, especially when you consider the fact that 10 years have now passed. While they promise to make sure that they honor the series and keep the plot interesting, there’s not really a lot of specific information about the dilemmas that will be faced in the movie or how they are likely to be handled. Understandably, some fans find this rather frustrating but in reality, it just gives everyone involved an opportunity to enjoy it more when it finally is released. After all, some things are better when you can be surprised by them instead of knowing virtually everything about it going into the situation.

As you might have already guessed, there is no specific release date yet, either. In some cases, those who are dedicated to the original two seasons of the show find this enormously frustrating because to them, it doesn’t sound that different from the promises of a re-release that have occurred in the past when nothing ever came of it. However, it does seem a lot more certain that things are actually moving forward this time so while there isn’t a lot of information available to date, it’s hopeful that solid information will be forthcoming in the very near future.