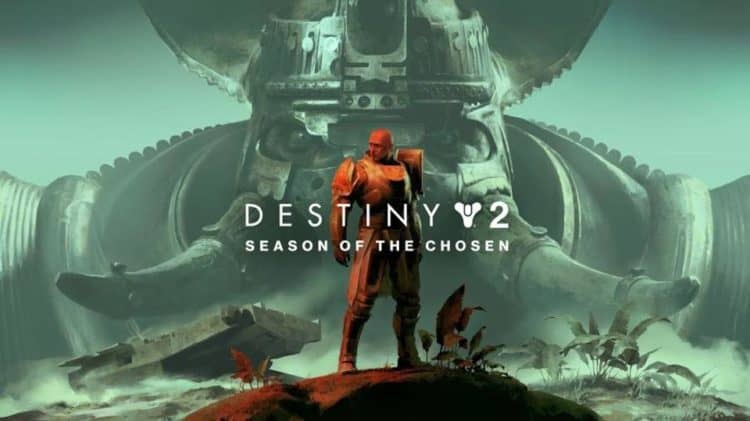 Bungie has recently released the a brand new trailer for the next season of Destiny 2 known as “Season of the Chosen.” In the trailer, we got a look at some brand new weapons, armor, armor ornaments, activities, and the brand new Cabal enemy, Caiatl, Daughter of Calus. Coming directly from a new post on Bungie’s website, “With the Pyramids and Xivu Arath destabilizing the system, Empress Caiatl, leader of the Cabal and daughter of Calus, seeks an alliance. But when she demands more than Zavala can offer, negotiations collapse, and Guardians must become the tip of the spear that strikes at her growing war council. This season actually seems pretty promising and may completely change my mind about the seasonal model in Destiny 2, but I will be carefully reserving my judgement until the season begins on February 9, 2021. So what exactly do we know about Season of the Chosen in Destiny 2?

We know that Season of the Chosen will be releasing next week on the same day that the current season, Season of the Hunt, ends: February 9, 2021.

The H.E.L.M is a brand new….well, actually I’m not too sure what it is. Designed as the ultimate Vanguard staging ground, the spaceport provides the resources Guardians need to face the most powerful of incursions. Here, the War Table has been set. Meet with Zavala, acquire the Hammer of Proving, and orchestrate an honorable victory. I’m really hoping that this doesn’t become something completely obsolete and useless after the first day of the new season, because I love the idea of a War Table in Destiny. However, we don’t really have any other details about it, so I’m not really sure what to expect with it. Hopefully it’s good.

Battlegrounds are the new seasonal activity in Destiny 2 with Season of the Chosen. The fallout from the failed treaty has resulted in Cabal forces taking up arms on multiple destinations – prepared to defend the glory of the Empire. In this three-player matchmade activity, Guardians will engage in ritual combat against Caiatl’s chosen warriors. I hope against hope that this is a Prison/Challenge of Elders-esque activity with multiple rounds in a sort of battle arena. I’m very happy to see a new matchmade activity rather than some glorified public event masquerading as a seasonal activity. I really hope that this is a fun and rewarding activity.

We already knew that we were getting 2 returning Destiny 1 Strikes with Season of the Chosen, but it looks like we’re also getting a brand new Strike that no one knew about! Find and destroy the single, exalted Servitor that sustains the Fallen House of Devils in the Cosmodrome in the Devil’s Lair, returning from Destiny 1. Rush to the aid of the AI Warmind Rasputin as he broadcasts a plea for help across the system in Fallen S.A.B.E.R. another returning Strike from Destiny 1. The champions of humanity face the champions of the Cabal to determine the fate of the Last City in the brand new Proving Grounds Strike coming with Destiny 2: Season of the Chosen.

With every new season comes new gear in Destiny 2. With Season of the Chosen, we’re getting a new Exotic Quest for a new Tex Mechanica weapon, a new Exotic Bow “Ticuu’s Divination,” a recurve Bow that charges multiple Solar arrows that can track several targets at once. I’m looking forward to this – it reminds me of Yondu’s Yaka Arrow from Guardians of the Galaxy. We’re also getting 25 weapons added to this season’s loot pool including new Exotic, Legendary, and ritual weapons. Season of the Chosen will also see the return of Umbral Engrams that will allow players to focus their loot.

As with any other season in Destiny 2, we have a brand new Season Pass that comes with a free path and a premium path. If you choose to purchase the Season Pass here’s what you’ll gain access to:

If you choose not to purchase the Season Pass, here’s what you’ll have access to:

Don’t worry, you’ll still be able to access everything that free-to-play players get if you purchase the Season Pass.