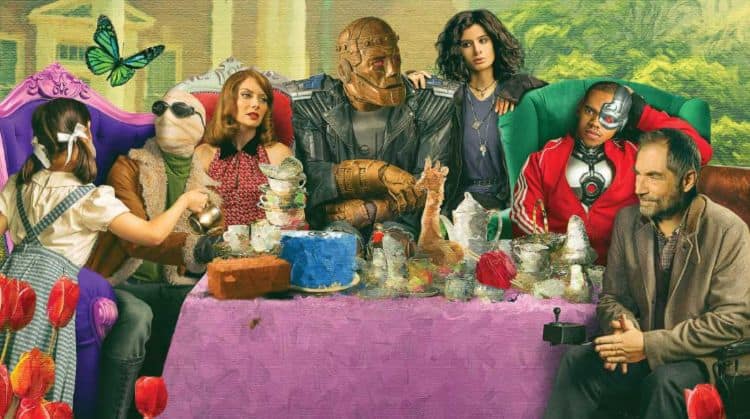 So far Doom Patrol has been a whole big batch of crazy as evidenced by the events of season 1 and how season 2 is bound to begin. The heroes are still miniaturized and are awaiting a way to be turned back to normal size, though it’s likely that it will come eventually since otherwise this show has taken a turn for the extremely weird and utterly bizarre when the bar as already raised pretty high to begin with. The fact that Niles was revealed to be the one that was responsible for each member of the team developing their powers and therefore ruining any chance a normal life was definitely a huge twist, but it does make the dynamic between them a little more convincing since there are going to be massive trust issues moving forward and as you can probably guess, Niles will remain involved even if he’s not entirely trustworthy. The fact that he had a reason to do as he did is touching and all but it also made him the bad guy since disrupting the lives of several people to create metahumans that would be a help with his daughter is right up there with ‘good intentions’ that are barely covering the foul play that they’re meant to conceal. Brian B. of TVWeb is already talking the show up and for good reason since the fallout of last season is going to be a serious roadblock to get past considering that the team is at this point probably just as fragile as it was at certain points within the first handful of episodes.

On the strangeness scale this show would probably be considered rather odd when compared with many other TV shows that are currently airing, but when it comes to DC this is kind of par for the course since a lot of their stories, just like Marvel, tend to deal with insanely super-powered beings that are able to threaten reality despite looking absolutely harmless or as though they’re no more dangerous than a trained fighter. But this is the DC universe, they don’t generally trade in characters that are harmless or otherwise easy to overcome. The one thing that Doom Patrol is apparently doing right at this point, among several, is that it’s taking a very human look at the team and pointing out their various faults and flaws and making them feel far more down to earth, relatively-speaking, than many individuals in the DC universe since to be fair they do have some serious limitations. Some teams have been described as a walking time bomb, others as completely dysfunctional, this team is somewhere right in between and until they deal with their overall personality issues, which could take years really, they’re bound to be kind of a mess. But somehow that mess does work and it does keep them together in some manner, though this current challenge is bound to be one that will take a bit for them to sort out. Matt Morrison of Screenrant had more to say on the topic.

Season 2 is being planned for release this coming June 25th, so it’s not too far off and fans might want to take a look at season 1 again just to recap what’s already happened and possibly try to predict what could be coming and how things are going to change in a big way. There are a lot of questions surrounding whether Mr. Nobody and the Beard Hunter will be coming back as they did in the comics, or how Dorothy might play into the second season, but the one thing that is known is that Dr. Caulder’s betrayal is likely to factor in pretty heavily to this coming season as it’s a little tough to trust a person that turned your life upside down in an effort to get someone to do something that’s not their responsibility in the first place. The whole idea of a benevolent benefactor that turns into someone that people can’t trust has been done before, especially when it comes to the means justifying the ends and such, but it’s always a serious blow to the guts when it happens since it tends to offer up a very diabolical twist that might be for the right reasons but is still considered an act of cruelty that shapes and reshapes the people involved. In other words, the Doom Patrol was created out of severely misguided motives, but eventually would become a group that made the best of the situation they found themselves in. That’s still bound to be happening as the show moves forward since things aren’t done happening to them yet and the idea of forgiving Dr. Caulder isn’t likely to happen anytime soon since the revelation is still pretty fresh and the team is already reeling from the last season. As of right now, the coming season is already sounding like it might raise the bar again. Vinnie Mancuso of Collider had more to say on the subject.

Appreciating the Career of Naya Rivera