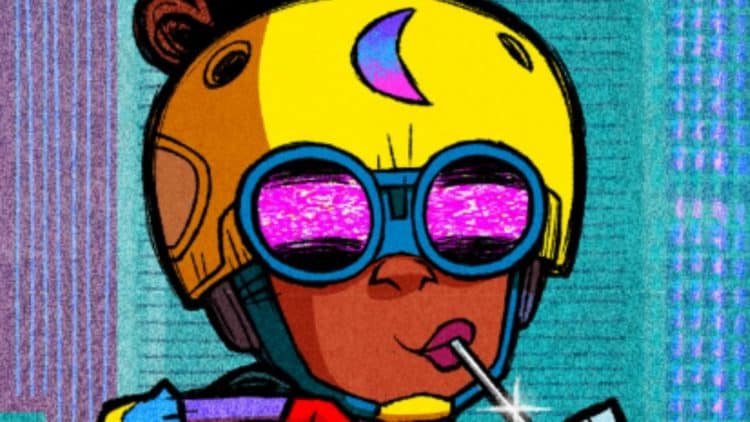 One thing that’s easy to see is that as the Marvel presence under the hood of the Mouse House continues to grow, it’s bound to fragment just a bit since Moon Girl and Devil Dinosaur are going to be shown on the Disney Channel, not on Disney+. Whether that’s a good thing or a bad thing is hard to say though since the more fragmented Marvel is the less each series or movie can really connect with the overall universe, but it also allows some of it remain as family-friendly as possible since this particular story might be better off being strictly for kids since a 13-year old girl and her T.Rex partner are bound to be something that kids will enjoy given that the nature of it is kind of ridiculous but also pretty cool without needing too much of an explanation. Sure, there needs to be some background as to what’s going on and why, but with a kids’ show the story can be pretty simple and still be considered rather cool by a lot of viewers who just want to have fun with it. Any idea that it could be joining the MCU later on down the line is hard to say since right now what we know is that there is going to be a seasoned and experienced cast to voice the characters and it won’t be coming out until around 2022.

Marvel has been impacting pop culture in a big way since around the 90s and even before with the various comics that have been coming out and the few animated series that have been seen over the decades, but that push has grown even stronger with the onset of the MCU. It’s still a little surprising that not everything that Marvel has will be under the MCU banner, but while the majority of movies and shows have been taken under the Marvel wing there are still a few that aren’t going that way for various reasons that might have to do with certain shows and movies simply needing to be a little freer in their direction and capable of being able to stand on their own, apart from the rest of the universe since like it or not, there are a lot of ideas that tend to take over and tend to become a little overbearing. It’s hard to see that happening so far with phase 4 since Iron Man is gone, Captain America is gone, and even Thor isn’t really as prominent as he used to be with his own movies.

It’s going to be interesting to find out just how much of Moon Girl and Devil Dinosaur’s actual story is going to make it into the series since if anyone is keeping track, the two didn’t start out together since Lunella, Moon Girl’s real name is an exceptionally bright young woman that comes into possession of something called the Nightstone. Having deduced that she has Inhuman genes in her DNA, and realizing that the Nightstone was a Kree Omni-wave projector, she was attempting to use the Nightstone to rid herself of her Inhuman DNA when things started going wrong and she and Devil Dinosaur were kind of thrust upon one another and had to work together in order to retrieve the Nightstone after it was stolen. At this time there’s a rumor that the Nightstone might not even be a part of the story, which feels like it would be a giant mistake since it had so much to do with the story and would make more sense to keep than to just ditch for some other idea. But this is a Disney project, and as we’re finding out, there are some stories that they’re going to get right and others that they’re going to muck about with and not bother to get right. Hopefully if they do take out the Nightstone they’ll find some other way to make it feasible that Moon Girl and Devil Dinosaur are put together, rather than just showing them together right away. Given that Lunella is going to be 13 instead of 9 as she is in the comics, it’s very likely that the idea will be to tell the story without the overall origin and make it appear that they’ve been partners for a while.

However it happens, one thing is clear, this will be one more show for a lot of fans to focus on and it’s likely that since it’s staying on the Disney Channel that it’s going to be a lot more family-friendly than the MCU has had to become in recent times. If anyone is keeping track, the MCU kind of has to adapt as it goes along in order to cater to a fanbase that is growing older since many of those that were kids when it first started are growing up and are no doubt hoping to see a little more hard-hitting action. The chances aren’t that great, but it feels as though Moon Girl and Devil Dinosaur will be for a younger audience.