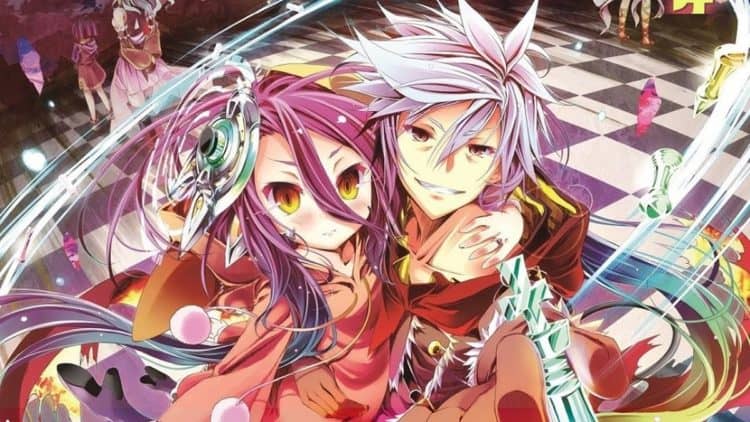 People love their anime, there is no doubt about that. As a matter of fact, anime is not just popular in Japan, where most of it originates. Instead, it has gained an enormous amount of popularity all over the world. One of the more popular titles is No Game No Life. Just like virtually every piece of anime out there, it’s adapted from a series of light novels, sometimes referred to as graphic novels. Typically, the progression is as follows. Light novels are written in several volumes, the title is eventually adopted as manga and then before you know it, it hits the airwaves as a full-blown anime show. Every once in awhile, you’ll find one that also includes a movie or two, and in this particular case there has been a movie. However, for the purposes of this article, it’s important to know about season two of the anime show.

Right now, people are anxious to find out how much is known about season two and the news will probably please them in some instances and frustrate them in others. They might be frustrated because there isn’t a lot of concrete news centering around the second season of the show. There are a few things that are known, but when it comes to pinning down an exact release date or something similar, the studio has been very hush-hush about things.

The good news is that everything is being handled buy Madhouse, which is the same studio that handled the first season and the movie. This is important because at least so far, there have been some key differences here between the graphic novels and what you have seen on the screen. Knowing that the same studio is handling everything for the second season means that it’s much more likely that there will continue to be a continuity throughout the story instead of just removing certain characters and throwing in new ones in order to adapt it to whatever someone else wants to do. The fact that they’re not saying a lot about a release date does have some individuals concerned that there may not be second season, but everything points to season two occurring at some point in the future.

The most glaringly obvious reason that season two must exist is because if you watch the movie, you’ll realize that it’s virtually impossible not to have a second season. The entire movie sets up a season two so it would seem odd that they would make a movie that continues to point to a second season if they’re not planning on doing one. The story that occurred in the movie was by no means finished when that movie concluded so in order to finish things out, they would virtually have to do at least one more season.

The thing that most fans have been fuming over is the fact that no matter how many times people call out for a release date, the studio does not respond. There could be a lot of different reasons for this. It has been known that even though they made a lot of changes to the anime versions of the story, the core of the story has always been based on the graphic novels themselves. The individual responsible for those novels basically went on hiatus so it might be something as simple as the studio deciding that they’ll wait until more material is written before they move forward with a second season. It could also be that they’re trying to get actors together that have been involved with the project before. You have to remember that when you’re talking about getting several actors together for a project, timing is everything. It’s possible that one or more of them haven’t been available because they were working on other projects and the studio might be waiting for them to become available before they move forward. Of course, it could also be that they’re already well into working on this project and they just don’t want to divulge any information until it’s ready to be released. Some studios have a habit of telling fans virtually everything they do and others are not quite as forthcoming.

If you’re one of the people anxiously awaiting a second season, right now you just have to wait. What you do know is that the season promises to be exciting when it’s finally released. Until that day comes, having that knowledge will have to be enough.