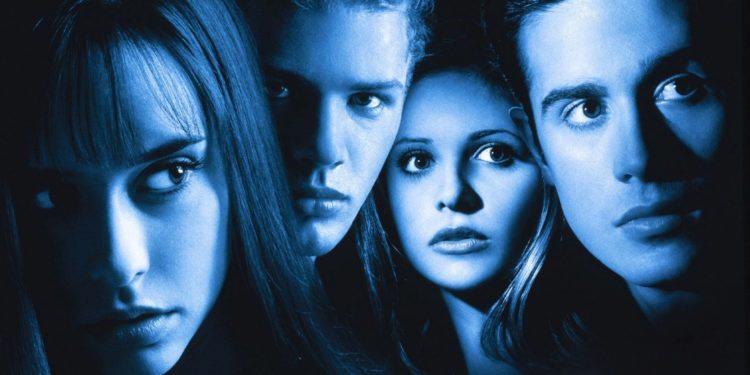 One thing that anyone should have in the back of their mind when thinking about a series based on I Know What You Did Last Summer is that the series is essentially going to be dragging out the premise of the movie into an episodic experience that is apparently going to delve deeper into the characters and the whole idea of who’s stalking them. That might actually excite some folks, but the fact is that it sounds like something that’s going to appeal to those that believe that this was a great movie and that the sequels were worthy follow-ups to something that turned out to be another entry in the careers of several people that at one time had a lot of promise. With the added idea that none of the characters will be just one thing, as in a jock, a weirdo, a fisherman, and so on and so forth, it sounds like we’re in for a horror-based soap opera that’s going to take a story that was better off as a 90-minute thrill ride and pack it full of blood and violence that will make the first movie look tame by comparison.

Whoever thought this was a good idea must have been one of those who thought the sequels were useful as well, since even thinking about a series to this movie is enough to make one roll their eyes and shake their head. There might be a chance to make this into something worth watching, but it involves far more death than the original took on, and it’s a hope that this is what the showrunner is thinking about. Otherwise, it’s a much longer version of what we’ve already seen, no matter that those in charge are making it sound as though this will be the type of horror experience that will trump the first movie.

Right now the hopes of many might be high, but the expectations of some of us are kind of in the dumps, or at the very least at ground level, since this idea did have potential, but then the movie was made, and everything kind of went to hell and the overall story kind of went off the rails, especially since the main killer was scary up until he showed his face. Once that happened, the terror was over. Some villains can get away with showing their faces and it doesn’t really hurt the overall mystique they build up throughout the movie. Freddy Krueger, Pennywise, and a few others can show themselves, and it’s still just as effective. But once the rain slicker and hood came off, the dreaded fisherman was just a regular guy with a seriously bad temper and a less than reasonable reaction to getting run over. Seriously, killing the four ‘teens’ involved in his hit and run was all well and good, but killing anyone else was a bit excessive and didn’t really fit the plot, other than to mess with the teens in a manner that would drive them crazy. Kind of like Scream, this movie really went out of its way to try and build up the tension, when the whole idea could have been told in a matter of ten to fifteen minutes if the killer just got down to business.

And now we’re getting a series that will run for several episodes and REALLY screw with the guilty individuals as their mental breakdowns will become even more evident since they’ll be taking on real-life mannerisms and will be stressed out and likely suffering just as the characters did in the movie. But this time, we’ll get to see the incident from multiple points of view, which makes it sound as though we’ll see the same events over and over as each character involved will get to show ‘how they saw it’ and therefore will offer up differing points of view that might be interesting but could also be insanely repetitive and unnecessary. In an effort to try to stay positive about this idea, it’s necessary to state that it could go in a direction that’s bound to be at least different enough to offer up a story that will be far more tempting to many fans, but so far it’s kind of hard to see that happening.

The thing about I Know What You Did Last Summer is that it feels as though this was a movie that was made to be spoofed and not be taken seriously in any sense of the word. As a slasher flick, it’s one of those that people can make predictions about and usually watch them come to fruition just as people have guessed. A series doesn’t feel like it’s going to be any different, but there’s a hope that things will manage to defy the disappointment that some folks can see coming.