Home
TV News
What We Know about the Love, Simon TV Show Coming to Hulu
Prev Article Next Article 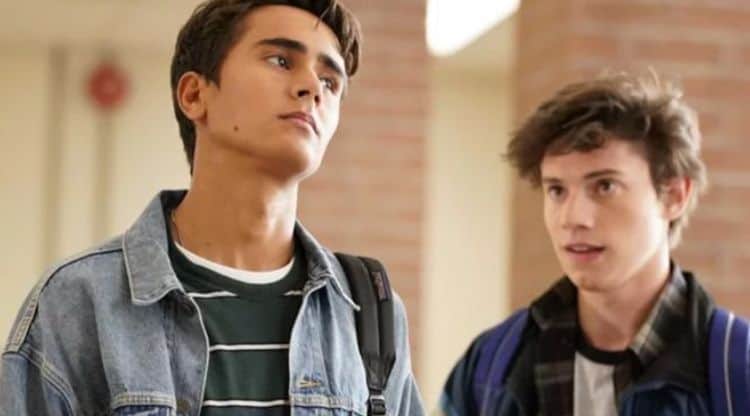 There are two big changes to note concerning Love, Simon according to Ryan Scott of MovieWeb, and they’re pretty straightforward really. The first is that the title of the show will be changing to Love, Victor, and the second is that it will be moving to Hulu instead of being showcased on Disney+. There are probably more than a few individuals that would wonder why this is so and just what is with the title change, but the first question is the easiest to answer and it’s largely because Disney is still attempting to keep its family-friendly status on its main branch and as such this show does tend to deal with some subject matter that might be deemed a little too problematic to be counted as ‘family-friendly’. That’s kind of hypocritical coming from a corporation whose movies have dealt with a number of different subjects at this point, death, trauma, and even drug use being among them, but while Disney can apparently get away with a few things by using them in animation it’s a little harder to sneak them past during a live action show. If you really need to be reminded of how Disney has used such problematic subject material in the past then you might need to review some of the older movies to refresh your memory. But apart from that, Disney+ is attempting to stay as clean as possible while Hulu, which Disney owns of course, is a much more open venue where this show can possibly shine without any editing or alterations.

Other than these two things, which are pretty important to know, it sounds as though Love, Victor will be making its debut this coming June during Pride month as is just perfect for a story about a young man who is on the road to self-discovery. Nellie Andreeva of Deadline has more to say on the subject. Much like the drama that came out in 2018 this show will focus around a young man that is attempting to figure out his own sexuality and where he fits in society, much as many young people today are trying to do. As a movie and as a show one of the goals is obviously to help young people relate to an experience that they might have had or have possibly witnessed others going through so as to teach them a little more about said situations and what it means to truly understand what’s going on. The idea of having to go through a life-altering revelation such as the changing of one’s sexuality is hard enough when it happens, but revealing it to those around you can be a challenge as well if those that are most important in your life don’t already know.

At this point a writer’s room has already been set in place for season 2 as it sounds as though Love, Victor might have the benefit of faith from Disney that it needs to keep going. Along with several other shows it’s already become a hope that this one will manage to inspire and appease a great number of fans that are looking for something to relate to and programming that can seek to understand them and their situations in life. It might still appear that Disney is trying to distance itself just a bit from the show given that it’s not featuring on the main site, Disney+, and there might even be those that want a more solid answer as to why Disney wants to move it to Hulu, but there could be another reason. Hulu already has a lineup of shows that deal with similar if not the same situations that many youths are faced with and as a result this could be one more show in that lineup, another option to pick from that might be easier to access than if it were to be placed on another streaming site. It’s kind of a thin excuse but it still works since it makes a great deal of sense.

So far the show is expected to be a hit largely because the movie was well-received so despite fingers being crossed there’s still a lot of expectation to see it do well. Likely as not there will be naysayers that remind people just because the movie did well doesn’t mean a show will entertain that same success, but it could be that this will be proven wrong almost immediately. The reason behind this is that while many people enjoyed the movie it’s likely that they’ll enjoy a series that takes the story a little deeper and gives a little more detail on the characters given that it has the benefit of added time. While it’s not always the case, there are moments when a series based on a movie will be more interesting since it can take the added time to dig into the characters in a much greater way.