Home
Comics
What We Know about the Stranger Things Prequel Comic 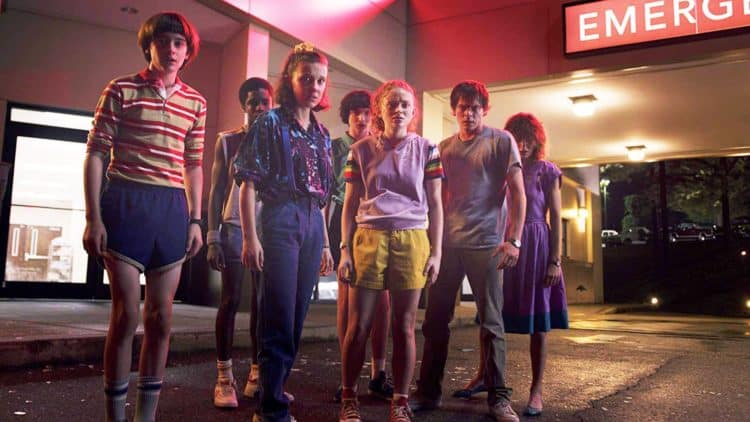 Following the words of Graeme MacMillan from The Hollywood Reporter and several others it would appear that Hawkins has been holding Dr. Brenner’s secrets for longer than fans realized. The upcoming Stranger Things prequel comics that are being released detail the life of a young psychic, Francine, who like Eleven is given a designation, Six. It stands to reason that since we don’t see her in the live action story, or haven’t heard of her yet, that there’s a good indication that she either couldn’t see a happier future for herself, or something happened to her between the comic series and the show. Maybe we’ll end up finding out, or maybe the comic is just a warning, a precursor to the event that would actually come to pass. There is some hope though since in season 2 we were introduced to Kali, or number eight, who remembered Eleven and was old enough to recall what happened in Hawkins. So there’s a good possibility that Six is still kicking around somewhere.

But as Christian Holub of EW reminds us each prospect brought to the Hawkins lab had a very specific power that they were capable of producing if not controlling. Kali had the power of illusion, Eleven has the power of telekinesis, and Francine, or Six, has the ability to determine the future. As we can see in the little that we’re given at the moment this ability is treated more as a curse since her family seems to be rather abusive and the scientists that take her are cold and clinical in their ministrations. Obviously Six is going to chafe under their regard, but it also seems as though she might see what’s coming, which will be interesting since if she tells the scientists and they do nothing it would mean that they had some inkling that what they were doing could have huge ramifications for the town. In effect it would mean that they had prior knowledge of what was coming and were acting more like kids prodding at a dangerous animal with a stick, using each test subject as their unwitting tool. Obviously Eleven was the final jab that really caught the Upside Down’s interest.

But then what happened to Francine, aka Six? Given that the comic series was just released on May 29th people should be able to pick up their own copy and page through it make the discovery for themselves, as Alex Darus of Alt Press has indicated. Personally, now that we know there are numbers 11, 8, and 6, I’d kind of like to hear what happened to everyone else and if they somehow contributed to the breaking down of the wall between earth and the Upside Down. It seems fair to say that Eleven, for as powerful as she is, shouldn’t be able to claim the burden of tearing down that barrier all on her own, though she was powerful enough to seal it away. At this point in the story it might be feasible to start explaining just where the other test subjects really went to and what their part in this experiment was, if only to give some sort of background as to how and why they were selected. It does stand to reason after all if there is an 11 that there were 10 more before her, and all of them somehow contributed to the weakening of the barrier between the worlds.

The type of abilities that it might take for such a thing seems enticing to think about, and could possibly lead to more seasons or more comics depending on how far the creators of the show want to take this, and how much time and effort they’re putting into the whole story. It would also answer a few other questions such as, is Eleven the most powerful or is there someone else still kicking around that could give her a spot of trouble if they ever met. There are bound to be a lot of questions that are going to come from those that read the comic, and it also seems as though there might need to be another season depending on how season 3 develops. At this point people are hooked, and it’s a big hope that season 3 will show us something even greater since now that the kids are growing up and experiencing their teenage years it seems plausible to show Eleven changing in ways that make her less interested in her powers and more inclined to become the average teenager, which is good for her but bad for Hawkins since the Upside Down is obviously not done with the town.

It’s kind of a hope that the prequel comic does go into the other test subjects a little more since the missing numbers are already starting to become interesting to many people. After all, who was number 1, and how powerful were the rest of them?