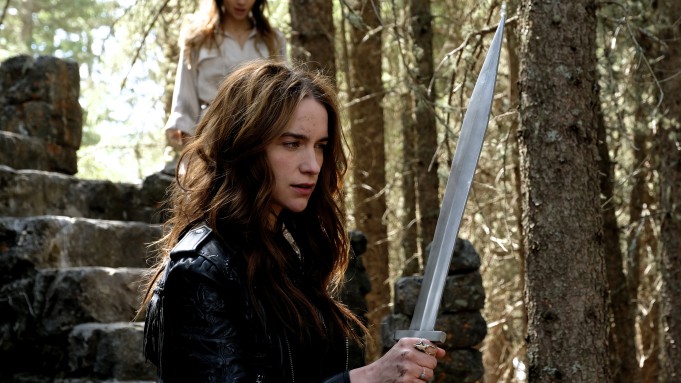 For a while it seemed uncertain whether Wynona Earp was going to be continued as a series, but as Bill Watters from ScreenRant and a few others have commented, fans are going to be able to look forward to the show coming back in 2020 for a season 4 without fail. The whole idea behind the silence that was being kept for so long was that IDW, the studio responsible for the show, was dealing a few troubles that were hampering the necessity of moving forward with the show. But thankfully it sounds as though matters have been settled and things are moving forward as they need to in order to bring the show back. Fans were more than a little distraught about losing this show as it’s been a favorite since its initial release in 2016.

Thus far the show has been something of a thrill ride since the idea of a descendant of Wyatt Earp taking on revenants and sending them back to hell is something that a lot of people have latched onto for the novelty of it and because the story seems pretty well done. Adding in an an ageless Doc Holliday only makes it that much better since it instills another part of the Earp legend that people have enjoyed for so long. What’s to come in season 4 seems like a very good question since there are bound to be those that are returning and there will be changes made according to how the story has gone. But at this point a lot of people are staying tight-lipped about it since in the age of leaks and gossip no one wants to give up too much. Suffice to say that life is going to continue to change for the characters and things are going to get a little more difficult as the tale moves along. The overall nature of the show tends to indicate that change is going to be a violent and very tumultuous thing since an individual that uses a strange but forceful power to send the dead back to hell is bound to cause a bit of a ruckus.

Nora Dominick from BuzzFeed covered the story of how so many fans decided to flock together and try to save the show when it was discovered that it was on hiatus due to financial problems, but quite honestly this seems a bit troubling. Entertainment is great and all and the ability of those to petition and possibly help out when needed is even better, but with so much entertainment at one’s fingertips the lemming-like behavior of so many fans when the threat of losing a favored show arises is kind of disturbing. This type of behavior can be seen in many different facets of life and in a way it’s kind of unnerving since it tends to mean that once enough people of like mind get together that they tend to fuse and become of one mind and one set of thoughts, in a way at least. The reason this is disturbing has mostly to do with the lack of individualism and the lack of free thinking that seems to follow this line of reasoning. In short, people are so hooked on a show that once it goes away or is in real danger of going away their minds go into survival mode as they try to figure out any possible way to keep this from happening.

Thankfully this explanation doesn’t extend to everyone, but there are those that do tend to shut down when their favorite shows, after not performing the way they’re expected, are taken off the air. At least with Wynonna Earp the matter is financial and not quality-based, otherwise a great number of fans would likely be outraged and venting their frustrations to the heavens if the show had announced that it wasn’t coming back. The award-winning show has been pleasing enough to people that decided to make it one of their favorite shows, and the producers and cast have made it known that they’re thankful for the support. That perhaps is one of the greatest aspects of the show, the fact that those running it are grateful for the fans and are well aware that people are willing to speak up for it. That definitely excuses the lemming-like mob mentality that would have likely petitioned to bring the show back had their financial woes allowed it to sink into obscurity.

But anyway, the show will be coming back as of next year and as a result people will get to see Wynonna in action once again and will be able to see the good triumph over evil once more. Again, once any updates come up they will likely be known and swiftly posted for the readers to discover. Until then it’s time to sit back and wait for the show to return.