Home
TV News
What We Learned from Marvel’s M.O.D.O.K. Trailer 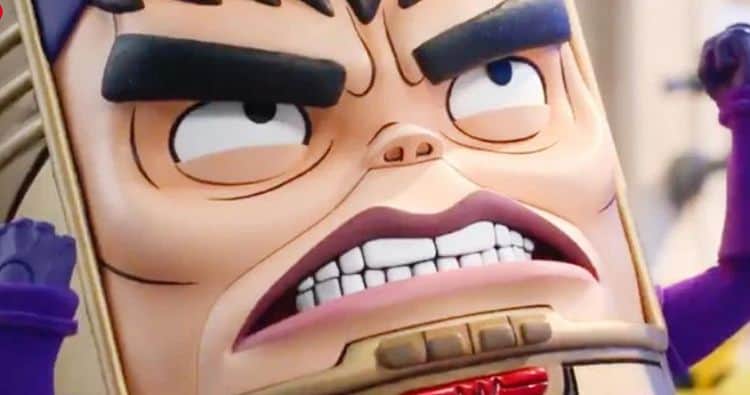 Well, the biggest takeaway from the MODOK trailer is that it’s going to be a comedy and the main character will be voiced by Patton Oswalt, but apart from that, well, there’s still plenty more to talk about. But the main point of the show appears to be pretty straightforward at the moment since MODOK is in kind of a tight spot from a financial standpoint since his organization, AIM, is broke and he has to sell. That’s going to be something to build on since the idea of AIM actually being under the control of someone else is kind of hard to imagine. But it does sound as though MODOK will have a wife and kids and will be living the American dream more or less, but will continue to fail against superheroes and will continue to fight SHIELD as many fans have seen over the years in the comics. What’s really kind of unfortunate is that MODOK is the kind of character that you really can’t imagine coming to the big screen or in any serious show since the appearance that the guy has is flat-out ridiculous and probably wouldn’t translate too well. But as a comedic vessel this story could go off without too much of a hitch since the story of MODOK is one that is kind of comical but also rather tragic.

The thing about MODOK is that he’s just too focused on fighting superheroes to really focus on anything else. His need to take on and take down the heroes, which usually results in being defeated, is something that AIM couldn’t afford and eventually couldn’t stomach since they finally conspired to get rid of MODOK, and actually succeeded after hiring high-powered mercenaries to take him down. Any thought towards bringing him into the mix with the rest of the MCU does feel as though it would be a huge mistake, but keeping him as a comedy and as something that kind of makes fun of his story but also tells it in a way that people can understand is bound to be kind of interesting since MODOK is kind of an intriguing character. The fact that his head is so big, which is the one reason why he wouldn’t work for live-action, at least not at this time, has to do with experimentation that took place while AIM was attempting to figure out the cosmic cube. The experiments he was put through caused him to grow a seriously massive head, even while his intelligence increased. He was given psionic abilities as well, and these same abilities are what helped him to survive a few times over the course of his existence.

The fact that he’s gone up against a few of the more impressive heroes in his time makes it possible to say that MODOK isn’t that much of a joke, but when the bad guys are aiming for you as well as the heroes it’s easy to think that you’re not that great of a super-villain and might need to think about a new line of work. There are plenty of people that enjoy MODOK as a villain, but really, looking at the guy and all he’s tried to do but has failed at is a good sign that he’s not one of the most useful villains of all time when thinking about those that could make a successful show or movie. But creating a comedy out of his story is bound to be a good idea since it allows those that enjoy him for one reason or another to see MODOK on Hulu and it allows those that want to laugh at him to do so in the context that makes the most sense. It’s not mean-spirited in any way, it’s the simple truth that he’s kind of a joke and would be a little too hard to translate to anything in the MCU other than a failed experiment that might have been locked away with the Collector or somewhere else where it’s bound to remain unfound for a long time to come. It’s kind of curious that the show will be headed to Hulu instead of to Disney+, but given that Hulu and Disney+ are a package deal it’s not hard to see how spreading stories across the properties could be a bonus of some sort.

If MODOK ever comes to the MCU, and that’s a big ‘if’, it’s likely that he’ll be changed even more since a giant-headed villain would stretch the credibility of the comic book movies and shows to a degree that would go far beyond what they’ve already attained. But come this May it’s going to be interesting to see what the show has to offer and how well the comedy is going to be received. We’ll just have to wait and see what’s going to happen.