Home
TV News
What We Learned from Southpark: The Pandemic Special Trailer 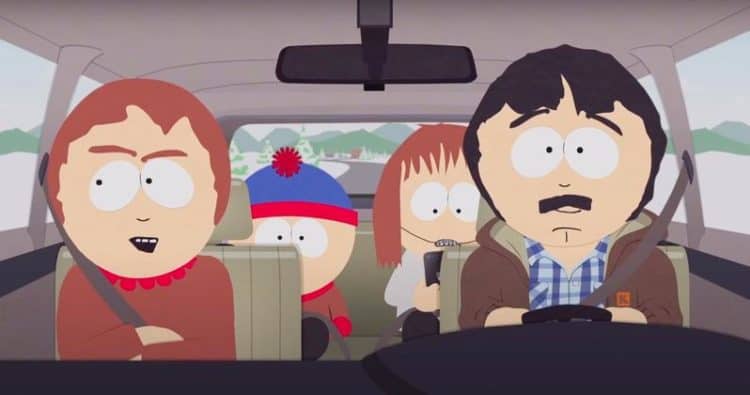 Be honest, no one really thought that Trey Parker and Matt Stone were going to let the pandemic go without making South Park a part of it, did they? After all, this show has made fun of just about anything and everything it possibly can over the years, so thinking that it would do anything less with material such as what the pandemic has offered up would be incredibly naive. As anyone can guess it’s going to be very likely that the two will find a way to make the pandemic appear as kooky and as out of control as possible, and the sad part is that this would mirror real life in a very big way since from the moment the pandemic was announced people have been reacting in ways that have been anything but rational. When it first started folks were stocking up on items that made little to no sense to a lot of people since ‘the great toilet paper shortage’ jokes are still pretty funny and still in circulation, and a lot of people are still wondering just how the pandemic is going to be kept in use for political reasons since it does feel as though some folks in government are doing just this in order to try and control the populace. Of course many would love to deny this, and while some aspects of the argument are ridiculous, there are some that make too much sense to be discounted so easily.

In true South Park tradition, the guys are going to take this pandemic and turn it on its ear in order to make people laugh and give fans another reason to love the show since like them or not, Parker and Stone are all about giving the fans something that they can enjoy. There are likely going to be quite a few people that will react in a negative manner but that’s kind of what the guys count on since this has been ongoing for quite some time and they’ve rolled with it as much as they can from day one. But really, making fun of the pandemic isn’t that new of a development since it was bound to happen at some point. Recognizing the seriousness of it is one thing, but being able to make light of it is something that people have been trying to do since back in March when a lot of folks were already yanking rolls of toilet paper off the shelves by the dozen. Whether you like South Park or not, or agree with its themes or not, doesn’t really matter since it’s going to happen, and so long as it’s allowed, Parker and Stone will continue to push the content they feel is necessary.

One issue that’s going to take place in the hour-long episode has to do with kids returning to school and a lot of parents are still divided on this issue since the common argument is that people protest, go to the store, and congregate in other areas while wearing masks and it doesn’t appear to be much of an issue. So why can’t we do this with schools? Obviously there are a few things that people are thinking might happen, such as students swapping masks and making things even worse since schools are typically a hotbed of germs just waiting to be transmitted. A lot of teachers are even divided on this issue since distance learning is thought to be easy by some, but in truth, it’s become kind of a hassle for a lot of people since parents have to find a way to stay home from work and still get paid while watching their kids and making sure that their children are online when they need to be. For the teachers, it still feels like an everyday job as much as it ever was since they have to continue to work within the curriculum and offer up enough material to keep students busy while keeping them all on task via Zoom meetings. In a big way, distance learning isn’t much easier than regular learning, and in fact, it’s actually a little harder for kids that need the continual stimulation of the normal school experience.

It does feel that South Park is going to grill the country in its own way by commenting on the pandemic in a manner that will keep people laughing and watching since the idea is that the pandemic is still very real but it’s also great material for comedy. At this point, laughter is definitely needed since otherwise life is just too depressing to think about sometimes and might not offer the kind of enjoyment that is needed now and again. Those that don’t like it don’t have to watch thankfully, but it’s easy to bet that South Park fans will be glued to their TVs.