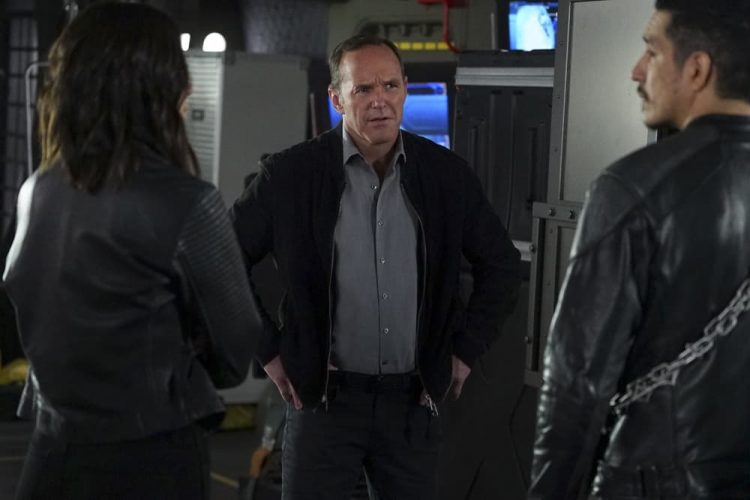 It’s not exactly what you might expect to see in a season of Agents of SHIELD but it does look as though the agents are going to have to go back and do something to save Hydra this time since the organization took a nosedive after Captain America: The Winter Solider, and it could have caused a serious imbalance if they weren’t in the picture. George Marston of Newsarama has a little more to offer on this. There’s a few things that hardcore fans will likely have learned from the teaser trailer for season 7 but the biggest and most obvious one is that the team is stepping back in time and will have some stiff competition when it comes to the face-stealing Chronicom group that will be there to contend with them. For six seasons now things have been going fairly well for the agents and SHIELD has been a Marvel mainstay that has had its ups and downs but has more or less stuck around on its own to make good on the show that was started out of something that sounded a little far-fetched given that Phil Coulson was killed by Loki in the Avengers, and was then somehow brought back to life for a purpose. Since creating his team however things have definitely continued to heat up for the agents and only get more and more complicated as time has gone on.

They need to change the past to rescue the future. The final season of Marvel's #AgentsofSHIELD premieres Wednesday, May 27. pic.twitter.com/ONDSVtNDB3

The end is nigh though for the SHIELD agents as this will be the final season that they’ll be appearing. What Marvel will think up next is kind of hard to say since as of now there are plenty of ideas and material for more shows, but whether or not we’ll get to see them all in the next few years is tough to predict. The Marvel universe has plenty of ideas left to explore, but which one will be next in line and which one will be able to really capture the attention of the audience is always in question. AOS has been keeping people guessing for a while as to how they were going to coincide with the MCU and what was coming next, and as one of the top shows it’s been around long enough to have earned a great deal of regard. This final season is already looking as though it could be a little nuts since SHIELD saving Hydra is basically like Captain America going back in time to save the Red Skull at one point, it’s something you wouldn’t think of as being necessary to begin with, but upon further inspection, without certain elements that have been around for as long as people can remember, the past and present would be quite different. Hydra might be kind of a pain in the neck when it comes to comics and the heroes, but obviously it’s a necessary evil. If not for one evil being in place there’s always something worse that can come along after all. Tudor Leonte of Super Hero Hype has more to say on the matter.

In a sense, an AOS movie would almost be the perfect thing to finally cap off the show and give it a proper sendoff, but at this time it doesn’t sound as though anything has been coming down the pipeline about a movie, as the movies that are currently on hold or still in the development process are going to take a while when it comes to being finished. For obvious reasons the entire MCU schedule apart from a couple of hopeful shows will be coming much later on when the coronavirus is either under control or it’s determined that the danger level has passed and people can get back to work. Right now so many things are behind schedule that even waiting until July makes it appear as though more and more productions are going to keep getting pushed back considering that as far as we are into the pandemic several projects have been pushed a couple of times already. The idea is that things won’t be getting back to what people like to call normal for quite a while since with schedules being wrecked so thoroughly and people concerned about numerous projects that have yet to start, and those that have yet to finish, there’s likely to be a mad jumble once things start back up again, and the MCU will be extending release dates out another year or so.

AOS won’t suffer as according to Michael Ahr of Den of Geek the release date for next season has actually been moved up to the end of May to fill in the schedule and give the MCU something to release since other shows aren’t quite ready. That should keep a good number of Marvel fans happy for a little while at least.