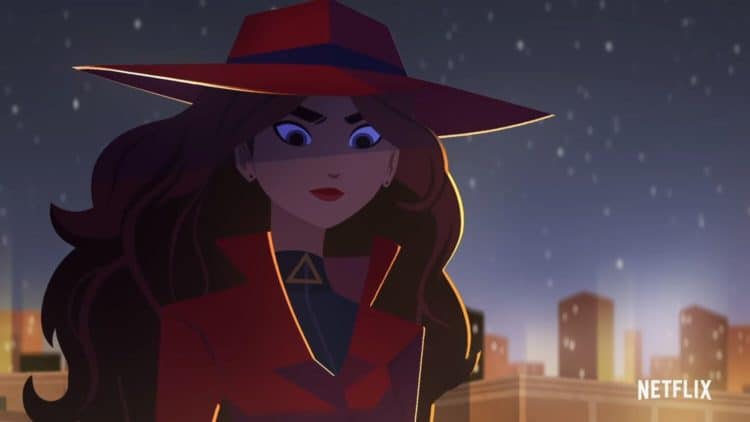 Does anyone remember when Carmen Sandiego was just a fun game that people played to learn and entertain themselves? It’s not really that surprising that in an era of remakes and reboots that she would come back and become an actual series that would be used to entertain a younger demographic, since Netflix is apparently doing what it can in order to target young viewers with content that appeals to their sense of adventure and can keep them intellectually stimulated, kind of, for a short time here and there. While a lot of us didn’t get to watch the same kind of content that Carmen is currently being featured in, it’s kind of obvious that she’s been something that kids have been enjoying since a show moving into its third season is a good indication that it’s been enjoying a certain amount of success. It doesn’t appear to be on the chopping block at this point as other shows have been, and likely for good reasons since the show is definitely packed with action as well as a good deal of content that might actually appeal to adults as well as kids since the idea of Carmen looking for her mother and attempting to foil other thieves from stealing priceless artifacts is something we’ve likely seen before, but is still appealing since it speaks to a greater good that’s hard to see sometimes but is far more proactive.

So far the show has been entertaining and very adept at keeping the attention of the target audience, and season three looks like it’s going to keep up the trend as Carmen and her team continues to evade and outsmart those that are attempting to outdo and subdue them in order to keep her from foiling their own plans for domination. The fact that Carmen’s father was part of VILE before his assassination and the faked death of her mother are both dark marks on her history but haven’t stopped her from doing what she knows to be right yet. This is definitely a different Carmen from the one that a lot of us grew up with, but in this current era, it’s been seen that an idea has to grow and expand and become something that moves quickly and promotes learning on a different level than a lot of us were used to back then. The show has thus far managed to snag a lot of attention when it comes to Netflix viewers and it’s bound to keep it since the tangled web of Carmen’s life is about to go through a reveal that might tell fans just what’s going on with her family and who she really is, since the biggest question has always been where she is and not who she is. The mystique of this character has always been one of the biggest attractions since she’s been around for decades now and it’s fair to say that she could last even longer if the story continues to unfold and offer up more clues and mysteries as it goes along.

One of the best things about Carmen Sandiego, both back in the day and now, is that her exploits do inspire a lot of kids to learn since she travels all over the world and is almost never in one place for that long, prompting viewers to learn more about her surroundings. One of the goals of the show has obviously been to keep up the idea that Carmen is a character that’s always on the move and isn’t bound to be tied down to any one place for very long. That was after all one of the biggest draws of the character when she was first thought up, but back in her early days she was used more as a figurehead than anything, as fans would be able to see her every now and again on a TV program or in other areas, but nothing like this. At the current moment, this show is probably what a lot of fans were hoping to see for so long since it’s fun, it’s energetic, and it does manage to keep with the overall feeling of the original idea in a way that’s easy to follow and get into. True, it has a little more of a comic book feel to it, but given that it’s Netflix that picked it up the show could have gone a few different ways, and an animated series was probably for the best since it’s managed to find its place and entertain the viewers in a big way that’s allowed for multiple seasons thus far. Hopefully, it won’t be one of those shows that get the ax eventually, but one never knows. So long as it remains entertaining and altogether fun for the viewers it should be safe.