Home
Movies
What We Learned from the Chaos Walking Trailer 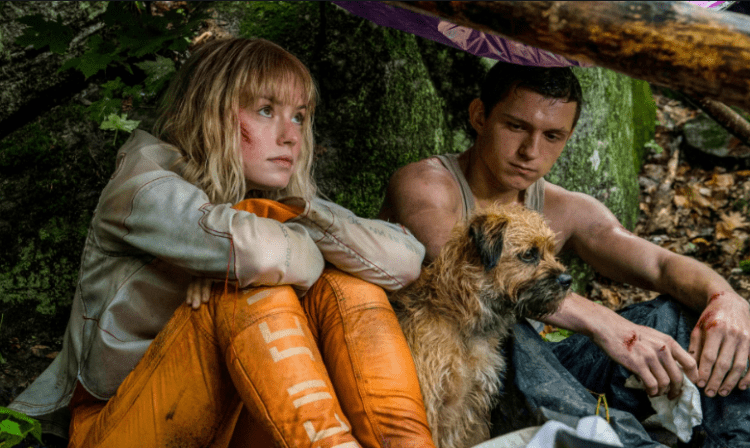 So far the background music appears to add a lot of intensity to this otherwise odd but compelling tale since one thing that people are bound to notice about Chaos Walking is that men’s thoughts are on display as the Noise, while the women have all disappeared or died as it’s stated at one point. Tom Holland gets to play the lead character of Todd Hewitt, who comes upon a young woman, Viola, who presents a mystery that he can’t unravel but also helps to kick off the story in a way that leaves them both on the run and in fear for their lives as Todd’s Noise is difficult to control but is apparently the key to their survival. So far from the trailer, this looks as though it could be an interesting tale that could help both Holland and Ridley break out of the roles that they’ve been so well known for in recent years, those being Spider-Man/Peter Parker of the MCU and Rey of Star Wars. While it’s already been established that both actors are quite talented there’s still a need to see what they can do outside of the roles that helped make them so famous, and this is bound to be yet another worthwhile test for fans to see if they can be convincing.

The answer already appears to be ‘of course they can’ since a lot of fans aren’t going to speak out against these two considering that they’re two of the most popular actors in the world right now, and with Mads Mikkelsen and Nick Jonas backing them up it’s certain that they’re going to put on a good show. But the whole idea of men not being able to hide their thoughts is bound to be a point of interest since if anyone’s ever heard the argument that men are easy to read this movie is certainly going to try to put such a concept on blast in its own unique way. The concept of this movie has been getting pushed for a while but thanks to the pandemic it’s one of those that was put on hold for a time until finally it’s been allowed to finish and be revealed to the public. As far as a concept goes it does look quite interesting, but the downside of this is that a lot of people know how it goes with trailers and as a result, we could be getting hyped for something that might not be all that great. But looking on the bright side, we could also be looking at something that will be phenomenal if we give it a chance.

To put it nicely, this movie has had a number of setbacks that weren’t just based on the pandemic since reshoots and less than stellar test screenings tended to hamper any forward progress, while scheduling conflicts on the parts of Ridley and Holland were a big issue as well since they were both deep into their Star Wars and Spider-Man movies at the time. But the movie was obviously finished and now it’s just waiting to be released to a waiting public to see how things are going to go and will be coming in January of 2021 for everyone to see. How the movie will be received is hard to say since it is something different and new even if there are many elements that feel as though they’ve been seen in a lot of different ways over the years. The star power that the movie has should help a little bit since everyone that’s been revealed at this time are known and respected actors that have already won over their various audiences over the years and come with their own fanbases that will hopefully coincide and agree that the movie is worth a shot. It’s fair to say that Mads Mikkelsen appears to be custom-made for the role of a villain since this is the type of role he tends to play more often than not, while Ridley has become known as the type of character that is almost like a linchpin to critical elements in a story. This would mean that Holland, being young and sometimes unsure of himself, has hit his niche as well since he’s played the type of character that’s a big influence in the story but doesn’t have the necessary confidence that he needs to unlock his full potential.

In essence, everyone plays to their strengths and assumes the kind of roles that helped to make them famous, but there’s a hope that this movie will allow them to diversify those roles just enough to keep it interesting and keep the audience satisfied with what they’re seeing. So far there isn’t a whole lot of fanfare to go with this movie, but that could be chalked up to the fact that it’s been a rough year for everyone, and the idea of walking into a theater pumped up to see this movie isn’t the first thing on everyone’s mind. But it should be worth a look.