Home
Movies
What We Learned from The Christmas Chronicles 2 Trailer 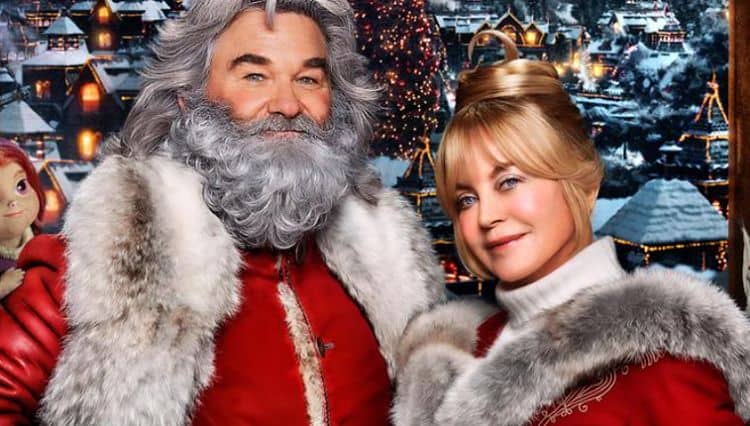 Christmas is kind of a fun holiday to threaten apparently since The Christmas Chronicles 2 is upping the ante this time around as Belsnickel, another character that has something to do with the Santa Claus legend, is making an appearance in this movie, and of course, his goal is going to be to disrupt Christmas and expose Santa and his world in the most potent way, by taking the one thing that hides them away from everyone. Julian Dennison is joining the cast this time around as the aforementioned Belsnickel, and it’s kind of obvious that he has serious beef with the big man as he’s going to steal the Christmas Star and expose Santa’s village, or Mrs. Claus’ village apparently since it sounds as though she oversees it in a big way. If you’ve seen Deadpool 2 then you’ll easily recognize Julian as Firefist/Russell, and will already know that he can play someone that’s fairly menacing. Until we find out just why Belsnickel has his pants in a bunch though it’s fair to say that he’s simply doing what he can to get back at Santa for something in the past and that Santa is going to do everything he can to make it right, and save Christmas in the process. It’s also obvious that Goldie Hawn is going to play a much more prominent role in the story this time since the last time around she didn’t show up until the end.

Let’s go ahead and acknowledge that Hawn’s character will likely be pushing the idea that Mrs. Claus is far more important to the operation than she’s been given credit for since many Christmas movies do focus mostly on Santa and the elves and don’t really factor in Mrs. Claus that much. Even The Santa Clause with Tim Allen didn’t feature a Mrs. Claus until the second movie, and by the third movie, she was still seen primarily as Mrs. Claus, though she was at least given a role as a teacher and not just the pregnant wife of Santa, thereby making her a lot more valuable to the village. But if there’s any honesty in the story it’s that Mrs. Claus has likely been a huge driving force behind the Santa Claus legend ever since it was formed since the wife of a man that has to work all year to fill a quota and then fly around the world in one night must be incredibly patient, not to mention supportive, since if there’s any downtime for Santa it doesn’t get a lot of attention and it’s definitely something that doesn’t appear possible in the movies.

But seeing as how she’s coming into the picture quite a bit more in this movie it’s nice since it adds another element to the story, and it’s been a good long while since Hawn has been seen in a movie that people have come to enjoy. Kurt Russell and Goldie Hawn have been together for so long that it’s hard to imagine them doing anything without each other, but they have both pursued their own careers for many years now. When they’re together on-screen though it’s magic since they have such an easy time of going back and forth with each other that it elevates the movie and makes it even better. They’ve actually been in a few movies together before The Christmas Chronicles, and not just Overboard. They were in a couple of other movies titled Swing Shift and The One and Only, Genuine Original Family Band. These movies obviously weren’t that popular and have likely been forgotten by many people, but they’re pretty easy to look up for anyone that wants to. Overboard was definitely their best movie together since it was hilarious and still stands up today as a genuinely funny movie. The remake with Anna Faris was cute, but not nearly as effective. But with the second Christmas Chronicles, it does look as though Santa’s exuberance is something that Mrs. Claus puts up with since she likely understands that yes, he’s kind of a risk-taker and he enjoys it, but it’s usually for a good cause, not just because he wants to go out and do something dangerous. Well, maybe that’s the case too. But with Christmas on the line, it’s obvious that Mrs. Claus is going to do her part to save the holiday.

The sequel does look about as good as the first movie, which was definitely worth watching but was also panned by a few people since the truth is that the same old line of having to save Christmas every holiday is something that is great for kids and even adults that really get into it, but once in a while it might be nice just to enjoy the Christmas season Christmas Vacation style. Okay, bad example.