Home
Movies
What We Learned from The Craft Sequel Trailer 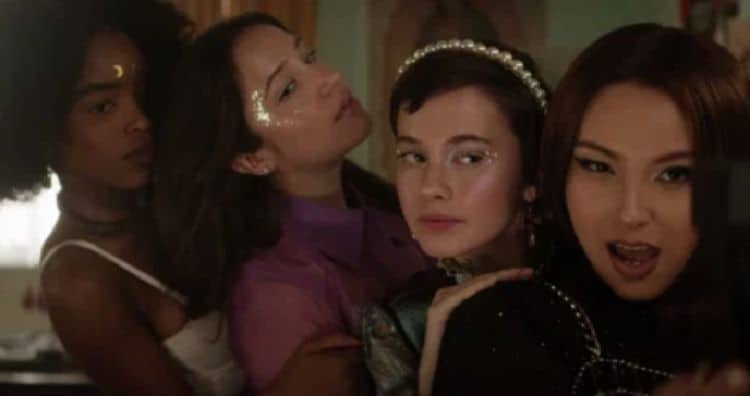 Does anyone remember how much attitude was on display in the original showing of The Craft? Well, you can bet that it’s been dialed up to 11 and had the dial snapped off soon after since this coming movie, which doesn’t look to be a remake but instead a continuation, is bound to be something that will at least try to outdo the movie that made it possible. Keeping with the idea of three wannabe witches needing a fourth, it looks as though the fourth witch is going to be a natural yet again, much as Robin Tunney’s character was, and the picture of Nancy is even better since it does show a small amount of continuity at least, but it’s interesting to think that there might be some connection between the young woman that turns out to be a fourth of the coven and the crazed leader that was eventually bound and admitted to a psych ward in the first movie. It would also appear that things are going to get out of control rather quickly since if anyone’s keeping track, the kind of power that the witches in the movie are looking for is a little too tempting to play with at times and can corrupt even the best of those that attempt to make it their own. It was enticing and all-consuming in the first movie, and it’s looking to be the same in this version since if anyone has ever felt powerless in their lives, the merest brush of power that allows them to control the world around them is bound to be a very heady experience.

It’s interesting to see David Duchovny in this movie since a lot of fans will probably find it kind of interesting given that his role as Fox Mulder in the X-Files had him tracking strange phenomena all over the US. Of course, witchcraft is something that wasn’t mentioned that much if at all, but it’s still intriguing to see him show up in this movie. The progression of the movie is no doubt going to show how the new girl in school is seen as an outcast, which means she’s perfect for the coven that the three classmates have formed and will be accepted in without much fuss. What’s also very interesting is that the visuals are already shown to be far more accurate in some ways when it comes to the study of witchcraft, and the effects are going to be pretty impressive. The Craft might not have had a huge budget back in the day, and it’s likely that some of the effects might have cost too much or wouldn’t have looked real enough for the audience, but with the passing of so many years, it’s easy to see that techniques have improved and that this movie will make good use of them.

It will be kind of interesting to see just how the girls will be portrayed and what their family lives will be like, since if anyone remembers, Nancy, played by Fairuza Balk, had a horrible home life until her mother’s husband died and left them an inheritance that allowed Nancy and her mother to move to a better place. It didn’t make them better people of course, which was the whole point. But Bonnie was scarred up with burn marks, and Rochelle was, well, she as just there for the most part to be a part of the group, but she was victimized by another student, who she managed to get back at eventually. The funny thing about not having any power though is that the young women were unable to avoid being outcasts and did their best to simply get by. Once they had the power, they became completely different people and were far more arrogant and less inclined to respect what they’d been given. This is the allure of power after all, and while those that have it say that those that don’t are jealous, they also don’t realize why some people are glad to be normal. It’s true, some folks that don’t have power are jealous, they envy those that have influence and pull within society for one reason or another. But those that get by with what they have and in the manner they know how, and are often stronger for it since they’ve learned how to adapt and make do.

The movie looks as if it could be a worthy successor to the original and possibly give the same lessons, but perhaps with a much greater price this time around since as it goes with everything, the ante has to be upped now and then to really make the experience worth it. Maybe we’ll even get a cameo or two from the original witches. That would make it even more special.