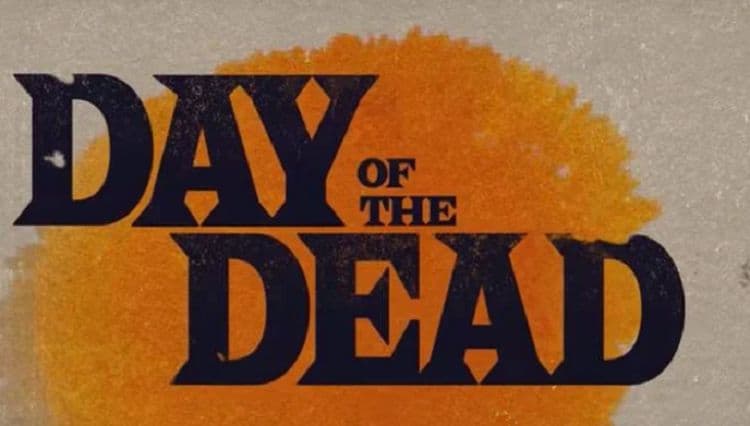 There are a couple of things that stand out when watching the trailer for the upcoming Day of the Dead series, and one of them is that despite working on a low budget the effects look impressive as hell. The other is that the buckets of fake blood and gore that were used to create this series could probably be used to help it compete for an all-time gore award since from start to finish the gore level of this trailer is greater than some of the zombie movies and shows that have been on the air for years. But in homage to George Romero, one can imagine why the series is being done this way, since not only did Romero operate on a low budget to start with, but his stuff was definitely gory as hell and attracted a lot of viewers when it came out. The many zombie movies and TV shows out there have gone a long way toward revolutionizing the genre over the years, and while Romero is the godfather of this idea, the work that’s been done since his contributions first came to light have been amazing.

Watching this trailer might make some people vomit either because they have a weak constitution or simply don’t like zombie movies, but one could almost hear some people exulting over the internet since anything that has a zombie presence in it is often a blessing to many people that happen to like the genre. But one thing that is interesting in this show, as it’s depicted at least, is that people aren’t going to be too squeamish and wonder what they should do when a rotting corpse comes walking towards them. Well, maybe that’s not accurate since some folks still appear to freeze and not do anything. But the action that’s already being seen in the trailer is a good indication that once people figure out that the zombies are coming, those that survive the initial onslaught are going to start hitting back, and will hopefully learn to aim for the head.

It’s been a little funky to realize that in a lot of zombie shows and movies that the people in them either have no idea what a zombie is or think that the affected people are just sick or something and can be cured. To be sure, it does make some kind of sense, but not enough to really think that people in the various stories would have absolutely no knowledge of the undead. But Day of the Dead makes it pretty clear that people are going to figure out what the zombies are and hopefully how to dispatch them since otherwise, it’s going to be roughly the same type of show with a lot more gore and a good bit of humor to go with it. That’s another thing that’s obvious about the trailer, there is going to be humor in this show and it already sounds as though the timing will be perfect for each quip. Some folks might not think that zombie movies are meant to be funny unless it’s dark humor, but the fact is, dark humor is some of the best since it takes a hopeless situation or something inherently negative and robs some of the force from it by creating a gag or a joke.

That could be a part of what will set this show above many others, the fact that it’s going to appear as a fun and witty program that’s still a part of the horror genre due to the premise and the content. If nothing else, Day of the Dead looks like fun simply because it’s a little different and it’s going to follow after Romero’s legacy in a way that will no doubt please a lot of fans. Some might want to think that a zombie show is a zombie show and there’s not that much difference, but don’t tell that to a diehard fan. Plenty of fans will take the time to tell people just why one zombie is different from another, and while it’s not boring, to be honest, it’s a debate that can go on for a while. But just looking at this show, it’s very likely that it will satisfy a lot of zombiephiles.

It’s not really certain if the zombie craze will ever be over or if it will ever hit a definite low point, but one thing that’s evident is that it will definitely keep getting interesting as more and more people decide to put their own spin on it. Maybe one day we’ll have zombies for each era of human existence. Until that happens though, there’s plenty for people to look at when it comes to the legions of the undead. Hopefully the trailer for this show isn’t the best part.