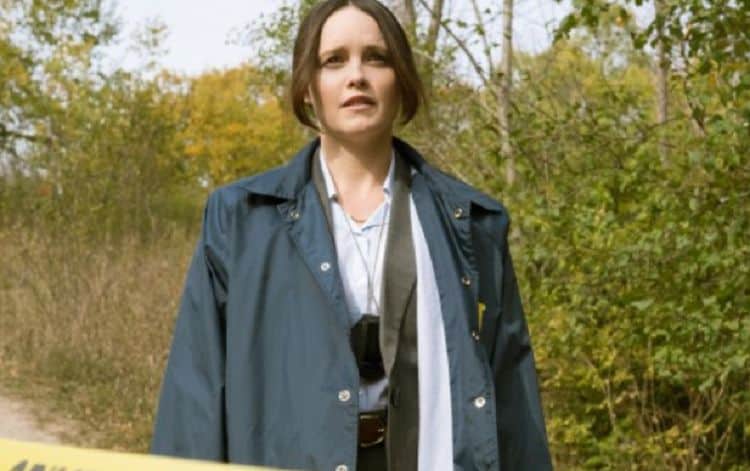 It’s tempting to say that the show Clarice is going to be another moment in which a face-palm is necessary as virtue signaling with a retconned version of Clarice Starling appears to be the goal in this upcoming show. But the reason that one can at least calm down on the rhetoric is due to the idea that this story did happen in a different era and it did feature a woman who was being unfairly treated as an outsider since she was a female in a group that was dominated by men. So yes, Clarice’s situation is by far and large one that’s a bit hostile and even negative to her emotional and professional development as it can be seen in the trailer. But what can also be seen is that this show will be taking off after Silence of the Lambs and will be dealing with the fallout of Clarice Starling becoming a kind of superstar in the FBI, a position that many of her superiors appear ready and willing to tamp down as much as they can in order to remind Clarice of her place in the bureau. If anyone else is picking up on this then it should be fairly obvious that the FBI will be keeping her on, but she’ll still be afforded more neglect than praise for a while since it’s been seen this way in the movies as well, from Silence of the Lambs to Hannibal.

There's always more to the story. ❤️ this Tweet for a reminder to watch #Clarice, premiering February 11 on CBS and CBS All Access. pic.twitter.com/cMWNfOcVwQ

But the mention of Appalachia is also interesting since it sounds as though Clarice might be going back to her roots at some point, and it’s not bound to be a pleasant homecoming for a number of reasons that people who watched the movie will understand. Among the several individuals in the movie that have a decidedly huge number of issues to deal with, Clarice is one of those that makes a person wonder just how much psychological trauma a person can take before they crack. According to her creator, there’s a great deal that she can undertake and not break to pieces, as she’s had to deal with Buffalo Bill and Hannibal Lecter in different ways and has come through both in her own way. But the downside of trying to plot her character arc between the two movies is that trying to compare the act put on by Jodie Foster and then Julianne Moore is rather difficult since they both played Clarice in such different ways that it’s almost impossible to say just how Clarice has changed since Dr. Lecter came into her life. The fact that she was ready to suffer the consequences of not allowing him to escape does say a lot about her dedication to the bureau, but at the same time, her need to go after gut feelings and not seek help first states that she’s a bit impetuous and is trying a little too hard to prove herself.

Some might say that’s a dangerous quality since it puts people in the hot seat away too often by forcing their hand as they attempt to show that they can handle themselves in a dangerous or risky situation, while others might say it’s the result of being underestimated too often and not being given enough trust by one’s colleagues, which then makes it clear that a person will have to do something insanely stupid that pans out. In any case, this does describe the manner in which Clarice Starling has become a well-known name in pop culture since her character isn’t entirely patient and she doesn’t always make the right moves, but she does things that are, from a moral perspective, sound enough to make one think that she’s out to do whatever she can in order to prove that she’s all about law and order. Unfortunately, the realization that she has to continue to prove herself to her colleagues is kind of a downside since she’s so driven that she’ll continue to do things in whatever way she needs to in order to get the job done, which is bound to land her in trouble of some kind no matter if she goes by the book or not. So far from the trailer, it’s already looking as though this show will be something interesting to take a look at since it will bridge the gap between Silence of the Lambs and Hannibal, and will hopefully give a lot more depth to Clarice than we’ve seen in the past.

It did feel as though there was a huge disconnect between Silence of the Lambs and Hannibal, even if it was obvious that a completely different person had taken over, but it also felt as though Moore didn’t really brush up on the character at all, and as a result, that disconnect only grew and grew as the movie went forward. This series will hopefully remedy that.