Home
Movies
What We Learned from The First James Bond: No Time to Die Trailer 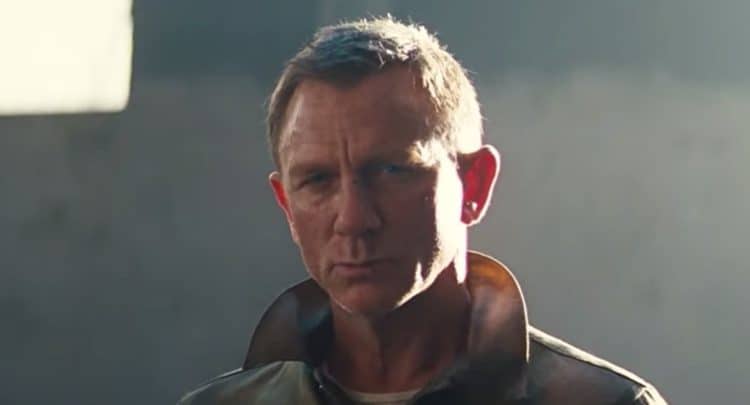 Ever get the feeling that James Bond is now an analog player in a digital world? That might be cliche and outdated, meaning it says something about the person writing it, but things have moved on quite a bit since the days when the top spy in the world was also considered to be the deadliest and most well-versed in how to do his job. As revealed by Rasha Ali of USA Today, this is to be Daniel Craig’s last go-around as Bond. It’s been stated and as such it’s going to have to be such a goodbye that you might leave the theater in shock or wondering just how a movie of this length went by so quickly. At the moment it would appear that there might be a future for MI6 since the younger agents are already putting Bond on notice that he’s old, he’s slower, and he’s not up to their caliber. Anyone else laughing yet? It’s like telling the inventors of old that their ways are outdated and they can’t keep up, or a child telling a parent that they simply can’t hang with their kids when it comes to life’s many challenges in the current era. Take a moment to laugh, it’s okay.

Then remember that without those that came first those that came later wouldn’t have a single clue as to what to do and how to aspire to be greater than those that paved the way. That kind of lessens the sting of anyone saying that Bond can’t really hack it these days or that a female agent is going to be any better. To be fair female agents are quite nice to see since it shows some diversity and allows those that have the predisposition to really strive for something more interesting and fulfilling in life, but it’s also necessary to at least say ‘thank you’ in some way to the people that were there before and helped make it possible for their be ANY advancement in a given field. In other words, for all his faults it would be wise to thank Bond for being the kind of agent he is just so the next generations up would be able to have something to strive for and surpass, just as the next generation will do to them.

That stings a bit doesn’t it? Oh well, the trailer for No Time to Die is definitely loading up on the idea that James Bond is a relic of his own time and won’t be thought to be nearly as effective as he was back in the day. And why not? He retired at one point and was living a rather peaceful life until someone decided that he was the man to call and pulled him back into the fire. The younger agents might not like it but likely as not they’re under orders to do what they need to do in order to meet their objectives and Bond isn’t going to get in their way unless he needs to. But disrespecting an old dog comes with a few caveats since despite the difference in technology, training, and even the determination of the agents, Bond is still Bond and it takes more than idle threats to stop him. Steven McIntosh of BBC News has more to say on this matter.

The fact that Blofeld is back is kind of interesting really since it implies that he’s still of use and still has something he can tell Bond. But Bond’s woman troubles still haunt him to this day obviously and aren’t going to go away. One has to wonder though since this is supposedly Craig’s final time out as Bond, is the character going to die or are they going to bring someone else in to play 007? A lot of fans are hoping that they’d retire the number rather than give it to someone else, almost as an honorific to the individual that held it for so long. That does tend to feel like it would be right, almost like retiring a player’s number after they’ve done so much for the team. It’s a thought anyway, but whether or not it happens is hard to say since Bond has always been a cash cow and retiring the number does seem like a drastic move that would put an end to the spy for good and not allow anyone else to rise as a result. But then again there are still plenty of actors that could tap into this story and make something out of it, and there are younger actors at this point that are ready and willing to take up the mantle if only to keep it going and offer something different. Still, retiring 007, the number and the man, does seem like it would be a fitting end since for so long James Bond has been someone that a lot of people look up to for one reason or another, and finally giving him a rest would be something that a lot of people could agree to.