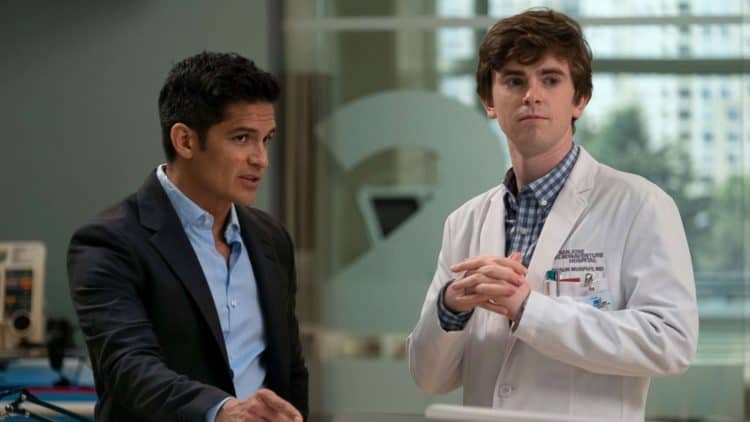 It’s pretty obvious that COVID-19 is going to be a part of The Good Doctor season 4, but it sounds as though the pandemic is only going to be carried so far before the show will focus upon the usual aspects. If it’s placed in the background, as a lot of people might be hoping the pandemic will be treated eventually and with good reason, then it might be believable, but the show will be focusing on the disease to start with if only to give a sense of realism that might hurt the program if it didn’t cover it at all. But there are several other things that will be happening in this upcoming season since it would appear that six new faces are vying for four spots in the hospital, and when it comes to the current cast getting to know those that are attempting to earn a spot, Shaun is likely to be the one to say something that people won’t agree with. It’s already been seen that Shaun isn’t all that great at being a social individual at times, but in this current era when there are things that a person can’t legally say to another, especially in a workplace, it’s bound to be a bit controversial since the sensibilities of so many are bound to be affected by the simple lack of social graces that Shaun displays now and again.

The romance that takes place, the idea of people leaving, and the reality of life in a hospital where a pandemic is taking place and people are trying to be humane to each other at the same time is going to be one confusing mix as one might imagine it could be since much like real life there is a good deal of drama that needs to be unloaded. The Good Doctor is a lot like several other shows that have come along and deal with the idea of working and existing within a hospital setting and what goes on, but it does have its own share of differences. For one, Shaun is the biggest difference since his ability and his autism make a lot of people wonder if this would even be possible. The type of autism he has exists, but it’s something that people might not always notice since it could be that those with autism aren’t always easy to diagnose just by talking to them. But in his rare case, it is a type of autism that allows him to function, despite the fact that his social skills could use a lot of work.

So far the show has gotten along on his talent and the continued drama that has been created thanks to many different aspects that have come together quite nicely in an effort to allow the show to continue along a course that’s bound to last for a while if it continues to wow people as it has. There have definitely been some people that didn’t think that The Good Doctor would last that long since the idea of an autistic individual working in a hospital sounded less than appealing for some reason. But the hope is that a lot of people have changed their minds when it comes to autism at this point and might have even decided to do their research at some point in the last three seasons if only to make certain that they’ve gained a better understanding of autism and the spectrum that is there to be observed. Obviously, there’s more than one form of autism, and coming to understand this would no doubt allow a person to get the feeling that this show is a little more realistic than they might have been ready to believe. True, it’s still a drama and a number of the things that take place in this hospital would be unlikely to happen in an actual hospital setting, but the point is that the show is trying to keep things realistic, and it’s easy to assume that the show will continue along this route in order to keep the fanbase happy.

When it comes to the newbies it’s going to be interesting since Shaun is going to tell things like they are and not sugarcoat things since that’s just now how he works. It might be blunt and it might be kind of crude when it comes down to getting to know people, but dancing around the idea of getting to know people and engaging in small talk isn’t for everyone to be honest, as many people, autistic or not, really don’t like engaging in chitchat when there are other things that could be discussed that carry more importance. Getting to know people is all well and good, but in a hospital setting, it does feel that knowing who’s going to be watching your back and helping out is better accomplished by knowing who they are and what kind of person they are.