Home
TV News
What We Learned from the Love, Victor Trailer 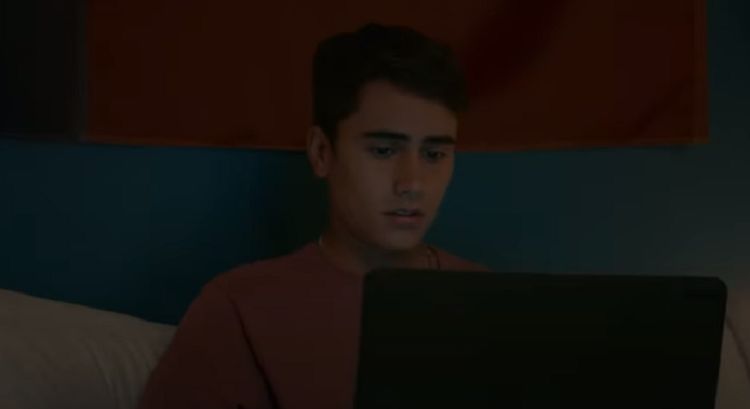 Sandy Schaefer of Screenrant is right in saying that Love, Victor is a show worth checking out, but why it’s gone to Hulu instead of Disney+ is an explanation that Disney might need to give in order to clear up any misconceptions concerning the reasons they’ve kept it off their schedule. From the trailer it doesn’t look like anything too involved when it comes to any seriously controversial topics, but it could easily get young people asking their parents a variety of questions that would be best served by being answered in a very forthright and understanding manner. Seeing as how LGBTQ+ representation is still building in pop culture a show such a Love, Victor is bound to be one that a lot of people are going to think is a step in the right direction, though this will definitely be different enough from Love, Simon to be its own story, even if there are a few returning characters who people will recognize. A good number of people will no doubt state that this is the kind of show that we need at the moment since it does dive right into what being homosexual in high school could be like, especially when it comes to being the new kid. Obviously things aren’t going to be perfectly okay right off the bat, and the fact that Victor’s parents don’t sound like the most supportive couple ever isn’t going to help. But on a road to discovery and figuring out one’s own identity and where they fit in this is bound to be a story that’s rather touching as well as telling.

Being gay in high school these days is somehow every bit as difficult as it used to be since coming out to anyone is considered a risky venture, and many people tend to go without telling anyone for fear of being ostracized. Zoey Schlanger of Quartz has more on this topic. In a setting where confidence is key and a person can be labeled or targeted for just about anything these days, the emotional battlefield that high school has become is one of the least likely places that people want to come out to anyone since it’s likely that their lives will be ruined. In doing so however many would agree that those who do are exceptionally brave as it does require a great deal of nerve and self-confidence, or perhaps a healthy dose of irritation and a desire to stop pretending. However it’s finally decided upon, those that do end up coming out eventually find acceptance or are emotionally crushed if those around them don’t react in a supportive manner. Showing this in a movie or TV setting isn’t too hard, but it has a decidedly big impact on a lot of those that might be watching.

N0t surprisingly, TV shows and movies still have an amazing hold over a lot of people since there are still many that gain more than just inspiration from their favorite actors and stories, but also find the courage and the willpower to do or say what they want after watching those on screen perform the same actions. Fictitious as it might be, stories such as this often create a very strong belief in many people that they can and will act on their own behalf and confront the things they fear or are unnerved by, simply because a protagonist can and does. There are plenty of positives to be taken from this since as it shows in the trailer, Victor is uncertain and quite unsure of himself at times, but upon finding some form of acceptance he definitely begins to loosen up and finds that it’s okay to just be himself. That’s a powerful message that many movies and shows have depicted over the years, and it’s one that never gets old thankfully since there are always bound to be people that need to hear it. In Love, Victor it becomes obvious rather quickly that he’s going into the situation, meaning high school, having no clue what he’s going to do or even how he’s going to react to the new school and possibly new friends, but eventually it does show that he’s acclimating fairly well, even if there are bound to be a few problems, some of them likely a bit serious.

Overall this show doesn’t look like it’s bound to be too graphic or even problematic enough to really worry parents, so it might have been okay for Disney+, but obviously someone else felt differently so it’s headed to Hulu. It does sound as though the show should be releasing soon as it’s going through the final marketing stages, so viewers won’t have to wait all that long to see if it’s going to be a worthy spin-off to Love, Simon, or if it’s going to be more or less its own show and reference the original in a pleasing way.