Home
TV News
What We Learned From The Marvelous Mrs. Maisel Season 3 Trailer 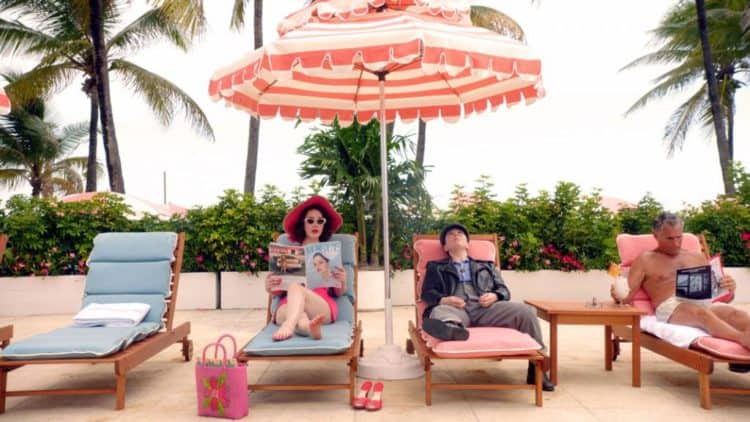 The latest trailer for season three of The Marvelous Mrs. Maisel has dropped and fans are already excited about what they can expect from the new episodes. The new season is due to start in December on Amazon Prime. It has not yet been revealed whether all episodes will be available immediately, or whether one new episode will be released each week. The Marvelous Mrs. Maisel was created by Amy Sherman-Palladino and her husband Danny Palladino. She is best known for being the creator and writer of the Gilmore Girls. The show tells the story of Miriam ‘Midge’ Maisel, a New York City housewife who discovers that she has a talent for stand up comedy after being left by her husband Joel for his secretary. It stars Rachel Brosnahan as Mrs. Maisel and Alex Borstein as her manager Suzie.

The trailer confirms what a lot of fans already expected, that the new season would pick up from Midge’s acceptance of Shy Baldwins offer to go on tour with him that was made at the end of season two. Indiewire points out that this tour should be a case of Midge and Suzie realizing their dreams. In the words of Suzie, this tour could be the one that turns Midge into a legend. In the trailer it suggests that this could be the first of many tours which may give some indication about the direction that any future seasons could take.

This trailer expands on the one that was released earlier in the year and gives more details about what happens to Midge and Suzie when they are on the road. The trailer indicates that it might not all be plain sailing, and hints at the fact that there may be more trouble between Midge and Joel. The official description for the show on the Amazon website says that Joel will find it a struggle to keep supporting Midge in the way he would like to as he has his own dreams that he wants to follow. The final episode of season two suggested that there may have been a reconciliation between the pair. The trailer shows a telephone conversation between the two where Joel tells her that he wants her to be there with him, but she is on tour. The new season may explore how Joel moves on from his own aspirations to be a comedian as he has finally come to accept that Midge has a talent that he does not possess.

EW suggests that the road to fame may be a bumpy one for Midge. On the one hand there is the glamour of touring the country and signing autographs, but there also seems to be some drama taking place in a courtroom that involves Suzie. We have already seen in season two that Midge has some worries about whether pursuing a career as a comedian would lead to her ultimately being alone. The trailer seems to show that she has put these fears behind her as far as possible and is embracing life on the road and all the opportunities that it brings.

The addition of Liza Weil to the cast was announced back in August, and we see her for the first time in this trailer. As of yet, there are no details about the character that she will play, but she seems to be involved in the tour in some way. In the trailer she is giving Midge some advice about how to make the most of being on tour in what looks like an attempt to calm Midge’s nerves. In the trailer you hear her voice before you see who it is that is speaking which makes her reveal seem even more exciting.

Liza Weil joining the cast will appeal to fans of Amy Sherman-Palladino, as she was a regular cast member on Gilmore Girls. More recently she has starred as Bonnie Winterbottom in How To Get Away With Murder. The trailer makes another reference to a previous show that Sherman-Palladino created, although this is a little more subtle. The song Perfectly Marvelous from Caberet is played throughout the trailer and it is performed by Sutton Foster who starred in Bunheads.

As well as the release of the trailer, the season three art has also recently been released. The photography for this art was taken by Annie Leibovitz. The shots are available to view on Viral Thrills and show that the tour is going to be a big part of season three. There are two shots of Midge at the airport and another of her and Suzie relaxing by the side of a pool. This supports the theme of travel that is seen in the trailer and indicates that life is about to become very fast paced for the two women.

This has been one of the most successful Amazon Original shows that have been broadcast on their Prime TV service. Several of the cast and crew have received Emmy’s for their roles on the show. References to these awards are made in the trailer, which is understandable as those involved in the show are rightly proud of all that they have achieved. In total the show has won 16 Emmys and this is one of the first things that is shown in the trailer.

Although the trailer does hint at some drama for Midge and Suzie, the overall theme that runs through all the scenes is one of positivity. The music is very uplifting and there is a lot of singing and dancing that can be seen all the way through the trailer. It also seems as if Midge is being well-received by the audiences that she is performing for. Some of the places that the tour will take them are also mentioned including Chicago and Las Vegas.

The trailer does not reveal whether there will be an ongoing story line that could lead to a fourth season but it is highly likely that season three of The Marvelous Mrs. Maisel won’t be the last. This is something that will please fans of the show and critics alike.