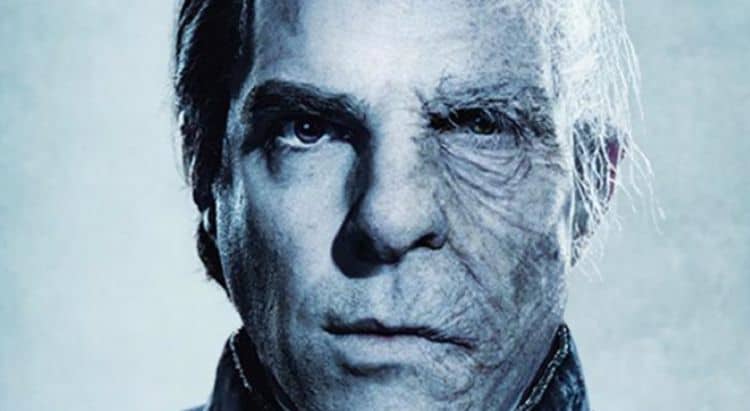 Yeah, it’s a bit creepy to think that there’s a vampire story that involves a killer that feeds on the souls of young kids instead of blood, but it also has the benefit of being unique since it propels the story forward in a way that keeps people guessing as to what’s going to happen next. Plus, how disturbing is Christmasland and how messed-up is it to think that such an outwardly happy place should be the trap that such a supernatural creature utilizes? Season 2 of NOS4A2 will be making its way to the audience on June 21st, according to Ryan Scott of MovieWeb and others if all goes well, though it was supposed to be release on June 1st until unforeseen events pushed pretty much everything back. While last season saw the intense struggle between Vic and Charlie Manx and Vic eventually getting one up on Charlie, this season there’s going to be more at stake as Vic has done something with her life and she’s had time to raise son as well, which means she now has someone that means the world to her that can unfortunately be taken away if Charlie has anything to say about it. And from season one you can guess that Charlie is going to have plenty that he’d like to say to Vic, and more than a little that he’d like to do to her, through her son of course.

Throughout the history of cinema there have been countless vampire tales that have sprung up seemingly from nowhere or from just a rumor about a story someone heard once, but this is definitely something that has definitely gone on to become its own unique tale. In a way it almost reminds me of The Thief of Always by Clive Barker since the premise of that story wasn’t quite the same but it was definitely similar as it involved a dread force attracting young children to it by promising them anything they wanted, making them happy in any way it could while being little more than an illusion that fed on them in one way or another. This force also had minions that were there to insure that the kids were kept happy and from asking too many questions. Of course the story ended differently since the big bad was something other than a singular being, but it’s still a very close tale. There are other stories such as this throughout the history of cinema that showcase a villain as they craftily trick the young and unaware using some means to lure them in, only to feed on them in some manner in the end. It’s the kind of story that people love since it gives a very clear villain and a very clear hero to root for and isn’t all that confusing apart from whatever twists and turns the writers want to toss in. Apart from that though the idea of making him a thief of lives is brilliant, especially since he’s not a bloodsucker.

There is a kind of an overdose of vampire movies at this point in Hollywood since there have been so many from Lugosi to Twilight and beyond that the idea has been done and overdone in many upon many way that some people feel is absolutely great and others have taken to calling lame and uninspired. Obviously not everyone liked Twilight and not everyone loved the Blade movies, but a lot of folks can at least agree that some of the most classic vampire movies were those that were groundbreaking and didn’t rely so heavily on elements that were played out to such extremes that they felt contrived with every passing minute. Yes, I’m still talking about Twilight, because teenage angst and bloodsuckers don’t appear to go very well together unless you’re a teenager that either doesn’t know about classic vampires or just doesn’t care. What NOS4A2 has going for it is that it has taken from other movies and bits of pop culture in a big way, but it’s done so in a manner that’s both edgy and has its own voice as it attempts to create a tale that’s something akin to a vampire story but doesn’t quite make the final leap into that idea. Elena Nicolaou of Refinery 29 has more to say about this. It definitely skirts the line and toys with people when it comes to that, but otherwise it’s not quite there and that’s as serious saving grace for the show since otherwise it might have been looked at thoroughly and kind of dismissed by a lot of fans.

One thing moving forward though is the thought that things are going to have to get even more dangerous and more risky in order to keep the fans appeased and keep the story interesting. It’s a challenge no doubt, but so far the trailer makes it feel as though that challenge might be met.