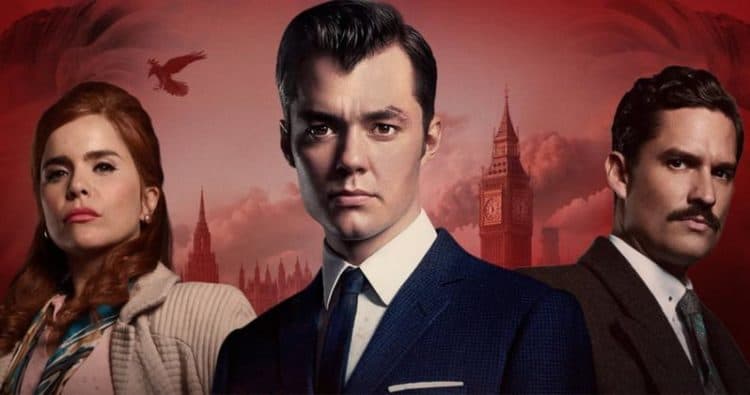 We don’t get a whole lot in the brief trailer for Pennyworth season 2 but we do get enough to talk about since it’s looking as though the action is going to keep rolling on and the story of Alfred is going to continue to be fleshed out in a way that a lot of Batman fans haven’t thought about, ever. When one really thinks about it, Alfred is the guy that has been waiting for his own story for a long time now, and his prominence has been building over the years since he’s been played by various individuals that have done a great job making him appear rather unassuming in his role as the family butler and not much else. But if anyone’s been keeping track, he’s had a pretty rich backstory for many years in the comics, it’s simply that it hasn’t been unleashed until the last couple of decades when it’s been revealed that Alfred is something of a badass that, during his younger years, managed to create a reputation for himself that was none too shabby. The fact that he’s working with Thomas Wayne only makes the Batman story take shape a little more since it’s becoming more and more obvious that Alfred isn’t just someone that helped shaped Bruce Wayne into the person he would become, but was at one time young, a bit brash at times, and still entirely impressive when it comes to his own skillset.

What’s most revealing is that while Alfred is torn between his loyalties in London and his desire to simply get out and start the life that a lot of people know more about, Thomas Wayne wasn’t hesitating to get back to American and heal up while Martha Kane has gone full-on into the battle. One has to wonder if Bruce received his penchant for wading into trouble from his mother more than his father at this point since the dark knight has been seen to throw himself fully into his work quite often, much as his mother is doing at this point. The realization of who the main actors are and who they’re becoming is enough to make a person sit back and ponder just how this will affect the Batman mythos, or if it will at all since it would appear that those in charge are doing everything they can to make certain that Alfred is given his backstory without having to interfere with how things are expected to go moving forward. One can easily imagine what longtime, diehard Batman fans might say if anything went truly out of whack. It might be a firestorm of comments and even possible hate mail since there are so many fans that take these kinds of things to the extreme.

But so far it would appear that things are running as smoothly as they can from the standpoint of the story, and it’s very likely that season 2 will see Alfred’s continual move towards America while Thomas and Martha are no doubt going to find their own way into the storyline that has already been written. It sounds fair to assume that some folks would hope to see a slightly altered storyline just to make things interesting, especially with the idea that there are multiple earths and realities to choose from, but in this case, it might make a lot of fans riot simply because an origin story is usually best served by sticking to the facts that people know, without that many deviations that could possibly skew the story in a decidedly disturbing manner. Batman is a story that has been ripped up and redone just as much as any other over the years, but Alfred’s story is one that has a lot of leeway since we’ve heard stories,  tales, and rumors of his youth and never seen much of it on screen, until now. To think that he has the much wiggle room is nice since it opens up a lot of possibilities about where his story can take him. In that regard, it’s not hard to see that he was at one time a very capable individual and would have done the Batman legend proud in his day, even if he didn’t have the same capabilities and advantages as the dark knight. But it is easy to see why Thomas and Martha would see the value in keeping him around and entrusting their son to his care.

For a number of years, Alfred has been looked at in a way that would suggest that he’s just the butler, just the caretaker, and just the man that was saddled with taking care of a young, orphaned boy. But the truth is that Alfred was pretty awesome in his day, as the show has been good enough to highlight in a number of ways.