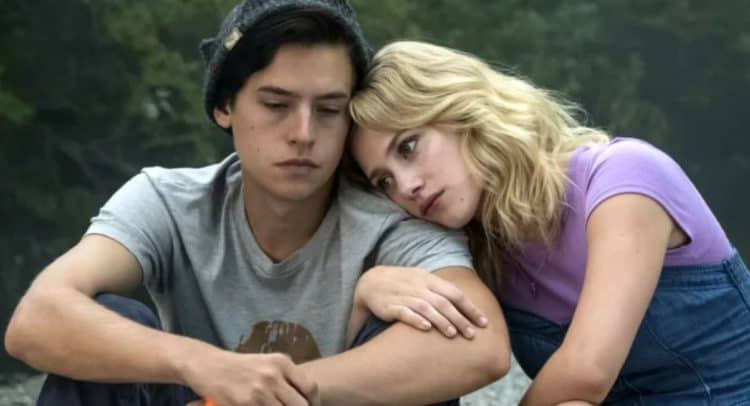 So far season 4 of Riverdale seems like it’s going to be shaking things up even further as it goes along considering that there are going to be a couple of changes that fans might have seen coming but still weren’t fully aware would happen this soon. Slated to come out in early October, season 4 is going to be dealing with the kids’ senior year and the host of trouble and mysteries they’ve been drawn into since the whole thing started. Fred, Archie’s father, will be written out and in the following season will be given a sendoff finally as Luke Perry unfortunately passed away, while Molly Ringwald will return as Archie’s mother, Mary, and might stick around for a while to come. It’s been said that during the next season Shannen Doherty will even make an appearance to honor her deceased friend as many people still remember that she and Luke were pretty tight during their 90210 days. Emily Tannenbaum from Cosmopolitan has managed to create quite a buzz with the information she’s revealed, and there’s bound to be more coming.

There are already some big questions that the trailer is going to need to answer when the season opens such as where Jughead might be and who in the world locked him in a box. Then there’s the idea of why Betty is being knocked out with a gun and what scandal might soon rock Veronica’s world. The good news as Lauren Piester from E! News seems to see is that Veronica and Archie are still very much together as she’s going to be there for him as she has been, but there is a thought that Betty and Jughead might be splitting up eventually. The idea is one that obviously has some people wondering why and trying to rail against it as is natural for fans, but unless you’ve been watching the show it’s likely that you can’t really give a solid answer. At this point all we really know is that things in Riverdale are about to change and some changes might not be all that pleasant.

Things have certainly changed indeed since over three seasons it’s been seen that Archie and the gang have gone through things that didn’t seem to get mentioned all that often in the comics. Of course it stands to reason that if the show was more wholesome as the comics have been seen to be throughout the years it’s likely that it wouldn’t have done so well to this point. After all the whole 50s attitude has changed without a doubt but the fun and chipper attitudes of those within the comics kind of had to adapt in order to be believable on screen. The comical had to give way to the realistic if Riverdale was to really take off, and it’s done just that in the last few seasons as people have been given a look at a show that definitely takes after the comic in a big way but still goes its own direction and doesn’t bother to be nearly as upbeat at times as its original source material. Fans can be thankful for that it would seem.

What’s amusing about the many differences that exist between the show and the comics is something that Layne Adams of ScreenRant has pointed out. So yes, Betty and Veronica seem much stronger and more independent on the show than they did in the comics, but in reality the two have always been strong-willed women and have kept Archie and the other boys in check more often than not. Pairing Jughead with Betty was something of a novelty that would have been kind of a joke in the comics, and the inclusion of the LGBTQ+ themes in the show is definitely a sign of the times, not something that was source material back in the day. None of these changes are inherently negative at all, but it definitely moves away from the lovable, carefree comic that a lot of us possibly grew up with. Jughead is no longer the comic relief and the theme of the show is much darker than anything than people were originally used to. But then again that’s probably why it’s been this popular to date since it finally deals with life in a much different way than before.

There are some that might want to see a more wholesome and less conflicted show given that Archie and his friends were seen as the teens that a lot of people enjoyed back in the day, but that ship has definitely sailed. What we’ve got today is a show that is edgy, updated, and entirely ready to knock people back on their heels with each and every opportunity. Riverdale might not be the Archie comics that people remember from back in the day, but it’s a show that a lot of people have still decided to embrace. Season 4 should hopefully continue to elicit that reaction.