Home
TV News
What We Learned from the Star Trek: Discovery Season 3 Trailer 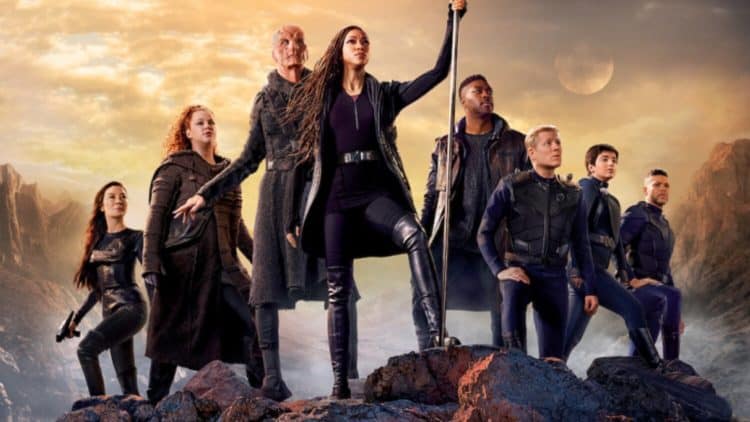 There are definite moments in Star Trek history when events occur that make it difficult for the entire galaxy, and this season looks to be no different since already it’s looking as though traveling through time is as problematic as ever since it’s introduced the idea of The Burn. There are already theories as to what The Burn is and who initiated it, but the gist is that people throughout the Federation have been disconnected and that life has become much, much harder than it was, to begin with. Unfortunately, what this means for the crew of Discovery is that they have to find a way to get back to the life they remember by convincing those of the future that this is possible. It’s a very familiar story that has been done a few different ways before but is already looking interesting thanks to the trailer for season 3 and the idea of how the Federation might be able to get back to a stable base. From the trailer, it looks as though the Federation might not have been eradicated but, thanks to no communication and no reliable way to establish this, the galaxy has fallen into a serious state of depression and chaos that might serve some species but is disastrous for many others.

The Borg are thought to be a very strong candidate when trying to establish just who was responsible for The Burn, and it’s also believed that Omega particles might be responsible for the overall damage that’s been done to the galaxy. The Omega particles were introduced earlier in Star Trek lore and passed into canon, likely because the damage they were said to be capable of could in fact cover the galaxy on a wider scale than most things and would be a good plot device to use on a large scale. If that’s the case then it’s obviously one of the most dangerous and most useful substances ever created on Star Trek and it’s bound to push the kind of story that lasts for a while and have a huge and lasting impact on the story, at least for as long as it takes to set things right, and possibly find the culprit and try to make things right. That’s usually the thing with Star Trek, things have a way of being set right or at least balanced out so that the story can continue on in one form or another, thereby creating and maintaining the interest of the fans in order to keep them coming back for more. In recent years it does feel that Star Trek has been struggling at times to really keep people interested, but with two seasons already come and gone it does feel as though Discovery is finding it possible to stick around for longer than other shows and might even be one of those that will be able to stick around for a while.

An increase in diversity has likely helped in a big way and the idea that a mostly white crew is not in charge at all times appears to have helped in a way, though it’s also been said that there are plenty of problems that have yet to be fixed with this series. This is an unfortunate but obvious issue that takes place with a lot of ideas that come spinning off of the main idea that gets everything going, as changes occur and things happen that people don’t agree with and the idea is that people are supposed to roll with it. The third season of this show wouldn’t have happened if people didn’t enjoy it, but at the same time, there are plenty of fans that aren’t convinced yet that Discovery is a perfect vehicle for Star Trek and are quite verbal about the idea that something else needs to be done to bring this show into line with the rest of the idea that was concocted decades ago. The thing about any series is that things are going to change and that there will always be those that wish for things to stay the same no matter that to do so is to kill off the series all at once or gradually. Discovery might not be perfect, but the third season does look enticing since it would appear that the effects and the story are going to conspire to create something that will be entertaining for the fans and for those that might be getting into Star Trek for the first time. That’s the important part, after all, to be entertained.

Everything else is just semantics, as has been proven throughout the years. Discovery season 3 looks as though it’s going to be a wild ride, but until the reviews are in we’re going to have to wait and see what people think.