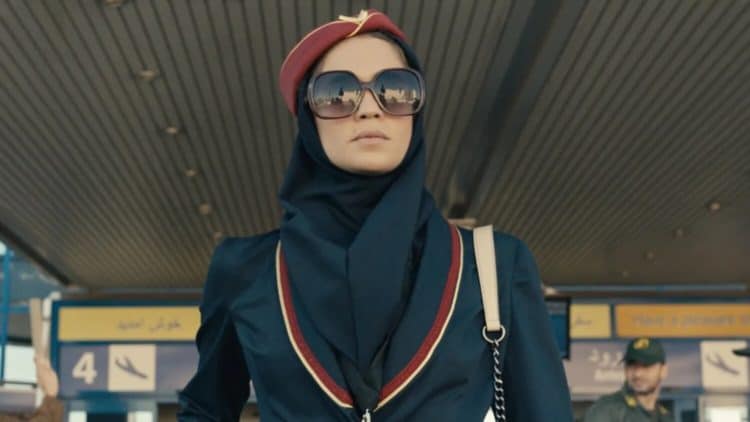 If there’s one thing to learn from Tehran it’s that being involved in espionage is not a safe line of work and it’s bound to shorten the lifespan of anyone involved in it by a good number of years unless they’re very lucky or very good at what they do. Unfortunately, being very good might mean that they can operate in a very soulless manner even if the belief is that they’re doing so for the common good of their people, or their own self-interest, it doesn’t appear to matter sometimes. But the eight episodes coming to Apple TV are already being given a wild look since the action appears to be as tightly-controlled as anything and is bound to keep the audience on their toes as much as possible since it’s going to be interesting to see who can be trusted and who is ready to take out the protagonist at any given time.  So far it does feel as though the protagonist of the story is going to be someone that will be bent on doing whatever it takes to meet the goal of her agency and see that the job gets done, no matter what. Barring that, this series feels like something that could be happening in real life and we’d never know about it since the world of espionage isn’t meant to be shared with others.

A series like this will no doubt leave a lot of people wondering if this is how things are really done in the world of Mossad and if this is the kind of stuff that happens in this part of the world. Some might speak from ignorance and others might speak from a real desire to know, which could inspire a person to look up anything they can on espionage to find out that in the real world it’s likely a lot duller and not nearly as glamorous as the series is bound to make it look. This is the unfortunate draw and failing of an action series that deals with this type of subject, many people want to believe that it can actually happen, but in the real world the action is usually over and done with and doesn’t offer itself up for as much interpretation or glamour as one sees on TV. Many people have come to realize this since spies are seen as clandestine agents that handle the most sensitive materials and are almost always on some dangerous mission that forces them to risk life and limb. But the truth is a little harder to take since, like many other people, spies have a job to do, but there are also down times when they don’t do a whole lot. It’s very true that they have to be on their game all the time and fully aware of their task and how to complete it, but it’s also likely that a real spy in the real world would advise a person to enjoy a spy thriller but not take too much from it as gospel.

Many people will likely remark about the state of things in the part of the world this series is taking place and whether it has any realism to it, but the idea of this is that we’re being entertained with an espionage series, not being given current events. It’s true that in various parts of the world there have been and still are a lot of problems and a good deal of struggling that’s been ongoing between one side and another, and one side usually thinks they’re the good guys and the others are the bad ones. But when watching a series such as this it’s important to remember that it’s entertainment and is bound to feature everyone in a certain type of light no matter if they’re doing something inherently good or not. Just watching the trailer it’s obvious that those working against each other are doing so in a manner that will better their country in some way and perhaps right a wrong or bring some sense of justice to their people. The wars that have been fought in the Middle East and other neighboring regions have gone on and on for quite a while, but often it’s seen that pop culture either plays on them in a way and glamorizes them or demonizes them according to what the story is all about. In this instance, it feels a little more realistic, a little dirtier, and it feels that no one is bound to be called a saint by the time it’s all over and done with. Seriously, it looks like something that might come down to pure survival and little else in the service to one’s country. Sometimes that’s all it ever appears to be, whether it’s entertainment or real life.