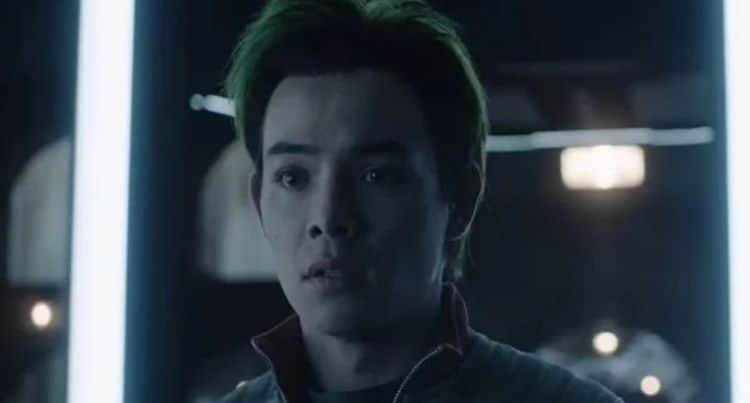 It kind of looks like the Titans might be taking on a bit more than they’re ready for when it comes to season 3, as their trip to Gotham appears as though it might be plagued by a certain cackling villain that is known for being one of the deadliest DC villains around. On top of that, the Red Hood will be making an appearance, as will Nightwing. It’s been easy to see thus far that the Titans have been impressing enough people that they’ve been kept on for two seasons and are easily rounding towards their third this coming August. The show is definitely different than what people became used to with the animated version, which was far more comical and focused less on the real-world implications that might occur should the Titans go up against some of the more notorious villains in DC’s long list of bad guys. There’s no doubt that fans are ready to see things go further though since the buildup to this point has been coming for a bit and it’s bound to happen that the trip to Gotham will be on that will be a memorable one once it’s over and done with.

So far the Titans have been impressive enough to be counted as one of HBO Max’s more interesting shows, but it’s a wonder as to how long they’re going to last. Many fans would likely want to state that the group can last for many more seasons since there’s plenty of material to work with, but it’s hard to say what might happen since the DC properties that have been on TV and gone to streaming have been fairly popular. DC has definitely seen its fair share of profit at the box office, but to date, it’s definitely been more successful on TV since the movies have been hit and miss. Titans is looking like it might be ready to tackle the sensitive issue of the Joker giving a beatdown, though whether it’s a memory or not is hard to say. Fans already know how the Red Hood was created, but it’s easy to think that if this is shown in season 3 then it’s bound to have a serious effect on what will happen to the team.

The look of the victim tied to a pole definitely brings back the Tim Burton feel to the show since the Joker’s chemical attacks that stemmed from the Burton-led Batman managed to do this same thing to the victims, but it hasn’t really been seen as much since, at least not in the same form. There are bound to be a dozen Easter eggs in the trailer that many people will catch and many will miss, but the point of it appears to be that the Titans are walking into a danger zone when they come to Gotham. Normally this wouldn’t be an issue since they’re all skilled in some way or have powers that can help them survive an encounter with any but the most dangerous villains. But the feel of the trailer is that the Titans are headed for a world of hurt if they’re not cautious and will need to be on alert at all times. In a way, it almost feels as though the Titans are heading into a war zone since Gotham sounds anything but safe, even for superheroes.

It is easy to think that heroes are bigger targets than anyone else since their main goal in life is to stop the villain and save the innocent. But quite often, as the villains know, this makes them vulnerable since attacking the innocent civilians is one of the best ways to get to the heroes, or at least get their attention. One has to wonder if the Titans are really going to be ready for the kind of villains that Gotham can produce and the high stakes that usually come when one enters the city. It’s easy to think that Nightwing will be able to help out, but it doesn’t sound as though the Red Hood will be helping the Titans, quite the opposite in fact. The show is bound to experience a few twists and turns when it comes back, and it’s easy to think that the team won’t get away from Gotham unmarked.

So far the show has been one of the many that people have enjoyed, and it appears to be moving along in a way that has allowed it to flourish and evolve. But as it’s been seen in the comics and even in animated form, the Titans do need to keep advancing in their skills and abilities in order to become the kind of heroes that they’re aspiring to be. That’s bound to be tough when villains are trying their best to make certain it won’t happen.