Home
Movies
What We Learned From The Trailer for Monster Hunter 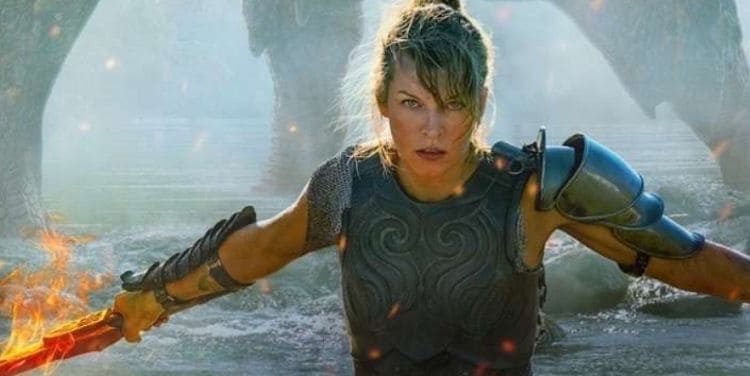 So far what we’ve learned from Monster Hunter is that it looks intense, not to mention that we don’t know how well Milla Jovovich and Tony Jaa are really going to work together on screen. But it does look like the type of movie that could get people in the seats if that’s allowed by December. If not, then it might be time to consider whether or not streaming is the best way to go, since premium prices remains a very divided prospect among some folks. But what we’re also about to learn no doubt is that video games are getting treated more like the movies that people want them to be in the current era, even if the transition isn’t always perfect. Monster Hunter has been around since about 2004, and it’s fair to say that a lot of fans have been wanting to see an on-screen adaptation for a while, but whether or not it was considered to be too difficult or not is hard to say. In well over a decade it does feel accurate to state that the technology needed for a movie such as this has improved more than enough to grant a phenomenal-looking experience that is more than a little impressive. The monsters so far look like the stuff of nightmares, and duly tough as well since the larger ones appear capable of shrugging off a pretty heavy explosion without much effort.

The great part is that Milla Jovovich is no stranger to action movies, so expecting her to act accordingly and become a serious force in this movie is already a likelihood, and Tony Jaa is likely to be just as forceful, so it will be up to the other actors around them to pick up any possible slack. So far it does look and sound as though there might be a bit of witty banter and dialogue that might make some people cringe and force others to just push through it in an attempt to get to the good stuff. But overall the movie looks like something that could be a fitting end to a year that feels as though it’s been one long, cruel torture chamber in which Murphy’s is the only law. What can be gleaned from the movie thus far is that Jovovich’s character is going to be unique to the movie, meaning she doesn’t show up in the games, while the settings and the monsters are being kept as close as possible to what gamers have experienced over the years. There are going to be differences and changes, that much is for certain, but so far it sounds as though things are going to be kept as close to the same as possible in order to keep fans happy.

Likely as not though there will be plenty that fans will rip into since this is the nature of any movie that comes from a game, a novel, or a comic book. People want it to be spot-on accurate and not deviate from any of their favorite aspects of the medium it was taken from, which is kind of silly to be real. This is an unrealistic expectation since some of the things we see in other mediums such as video games and comics just aren’t bound to look that great when put on the big screen. The fact that people want their favorite games to look one hundred percent as they are on the game system is understandable, but it’s not bound to happen since when taking a computer game and putting it into a live-action movie format, there are going to be a lot of things that are going to have change in order to pull it off. This means that there might be new characters, new settings, different creatures, different appearances, and so on and so forth. It’s already been stated that those that have worked on the movie did everything they could to keep the look as similar to the video game as they could, but hopefully, fans will be impressed and not turned off by what’s been done and what they’ll be able to see in a couple of months. So far it looks pretty impressive, so thinking that people could just accept it and move on would be great, but we know that’s not bound to happen one hundred percent since it’s damn near impossible to satisfy everyone at once.

If one looks at this as an action movie and nothing else then it might be easier to accept what’s been done and why certain things had to change in order to bring it through as it is. But just count on the idea that fans will have something to say about it. All in all, this looks like a movie that’s worth going to see upon its release.