Home
TV News
What We Learned From The Trailer for Star Trek: Prodigy 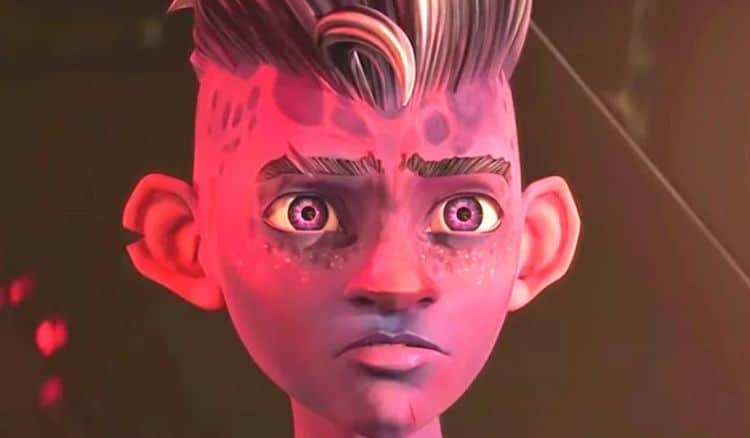 It looks like Star Trek is getting another start that will take place after the events of Star Trek: Voyager, after a group of friends find an apparently abandoned starship. The young group of aliens, who are seeking a way off of the bleak planet on which they find themselves, discover in the starship the means and the ability to finally go where they’ve never gone before. The fun part of this is that Kate Mulgrew will have a part in this as Captain Janeway, though her role will be relegated to that of a training hologram that will help the young aliens find their way off-planet and into an adventure that’s sure to interest Trekkies and casual fans alike since it might actually be kind of interesting to see another species take over a starship and captain it for a while. It’s been interesting to see the changes that have been coming to Star Trek over the years as the original cast are well and gone from the show and movies, but not from memory, while the current cast members are slated to come back for another movie, though we don’t yet know what this will entail. Only Anton Yelchin won’t be making the return on account of his passing away several years ago.

There’s no doubt that he’ll be remembered fondly and hopefully given some form of homage, but getting back to Prodigy, the animated series being brought forward by Nickelodeon and Paramount+ is set to take fans on a trip around the Delta quadrant as the group that will commandeer the ship will be looking to find adventure, and it’s very likely that they’ll find it. There is a certain formula that various franchises tend to follow, and it’s easy to think that this won’t be much different in that regard since the form is definitely bound to change, but the overall function is likely going to stay the same.

Change is inevitable and it’s bound to happen, but too much change too quickly might tend to lose a lot of fans for the simple reason that a franchise begins to look like something else, something that the fans aren’t willing to back as they would the same old thing. The balance that’s needed between changing something and leaving it alone and changing it just enough to be interesting is tenuous at best, and a lot of Trekkies are no doubt going to be watching this program closely in order to see if there are any noticeable mistakes and if the show is going to be deemed worthy of being called a Star Trek tale. Considering that the series has 10 scheduled episodes for the first season it’s likely that there will be plenty of chances for fans to get on board and find that they either like it or don’t want to have anything to do with it. If you haven’t figured it out by now, fans are picky like that and don’t want to accept anything that they don’t feel is worthwhile to their beloved franchise. Trekkies and Star Wars fans are both rather picky when it comes to the finer points of their favorite franchises, while the rest of us kind of don’t care so long as there’s some continuity and the stories are entertaining.

Everyone has their thing after all, and whether people like it or not will make the difference as to how long it might last. There is a good bet that it will last more than one season if it’s at Paramount+ since without meaning to offend anyone at Netflix, the track record for ditching a series after one or two seasons is pretty well known at this time. Paramount+ usually allows things to stick around for a bit for reasons that might not be entirely clear but is far more favorable to the fans. Prodigy does have the look of something that might be onto a new idea that will rejuvenate the Star Trek experience once again, and through animation might be a little more attractive at this point since there’s a little more that can be done within the animated world that doesn’t always come through in live-action.

With that in mind, it’s fair to state that the show still has a big hurdle to cover, and that’s the fact that the fans are going to react in one way or another when it airs. The show is slated to come out at some point in 2021, though there doesn’t appear to be a month set for its release date at this time. With that being said, one can’t help but think that this series will be seeking to stake its claim as a show that will take things in another direction that people might be interested in following. We’ll just have to wait and see how it turns out.