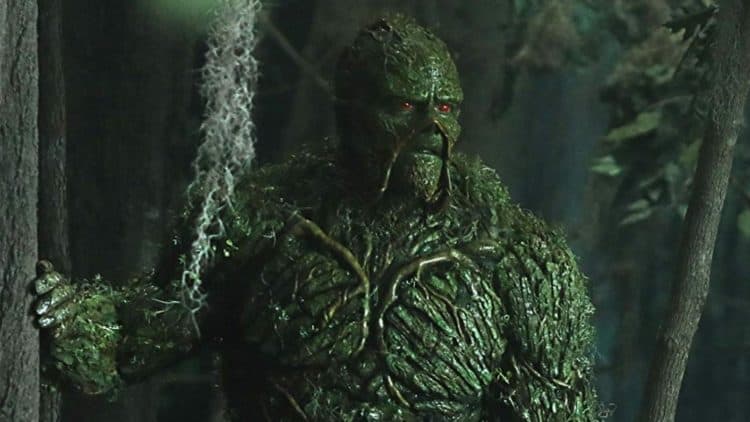 If it can’t make it on the CW then there’s a good chance that it can’t make it all since this is where a lot of DC shows have come to make certain that they are worthwhile and can last for a bit longer than people think is possible. The Swamp Thing series didn’t exactly go off without a hitch when it came out a while back and was canceled despite the fact that a lot of folks didn’t think it did that poorly. But now it would appear that it’s coming back and we’ll get another chance to see it this coming October, which isn’t too far off. What we’ll think of it this time around though is hard to say since already the effects look as though they’re going to be well done and the story might actually be a little easier for some folks to take after having been introduced to it a while back. If that’s all it takes though, time and opportunity, then there should be a lot of shows coming to TV in the coming future, since DC still has a lot to unload and there are plenty of characters that could help to further the DC brand. If this works then maybe such a thing can happen in the years to come, though of course there are those characters that work on screen and those that don’t.

Swamp Thing is a fairly tragic story that was turned into something that works as a type of superhero story, though it’s easy to think that it’s closer to being an anti-hero story since the consciousness of the individual that was transferred to the plant matter that would become the Swamp Thing. The story goes however that the scientist whose consciousness was transferred into the swamp died in the explosion, and that the Swamp Thing was born as a result of the material that had been created by the scientist, a guardian of the wilds that had dominion over pretty much everything. This is a creature so powerful that he can take on members of the Justice League and hold his own, and possibly triumph over them at times since his control of the vegetation around him is so absolute that trying to fight against him means fighting against the entire ecosystem. Even Superman can’t do that forever, though of course his immense strength and durability, as well as his stamina, make it easy for many people to believe that the man of steel could beat Swamp Thing. It would be an incredible fight though if such a crossover were to happen on TV. The show has to be a big enough hit first though.

Judging by the effects and the cast members that are being revealed it shouldn’t be too hard to think that this time around people should be impressed enough to make certain that they’ll voice their pleasure with the show and the idea that it should be allowed to continue. In a lot of ways, the rise and fall of superhero shows feels as though it has to do with the fatigue and desire of said shows at times since there have been some that have been embraced in a big way depending on what’s going on in society at the moment of their release. At other times it’s almost as though they’re ignored in favor of other stories that are more pertinent to the moment and are bound to gain the kind of attention that producers want. What the means is that superhero shows are basically existing at the whim of the audience and may or may not tank spectacularly at times since they just don’t hit on the subjects that people want to think about or discuss with their friends. The hope is that this time around Swamp Thing will be able to capture the attention of fans and make a bigger splash than it did the first time around. Some ideas tend to take a little longer to really develop, as people need time to get used to them and really see the value in the story. But Swamp Thing is a story that has a lot of promise and could possibly become something that people might find intriguing and all-around worthwhile, though if it doesn’t then it might be time to make Swamp Thing an extra in another show or possibly a movie. There are those characters that can be better as supporting presences in movies and shows rather than being forced to carry their own project.

From the looks of the trailer, it does appear that the coming show might be something special, but at first glance, a lot of ideas look as though they might be more interesting than they turn out. Hopefully, this one will turn out to be just as good as it looks.