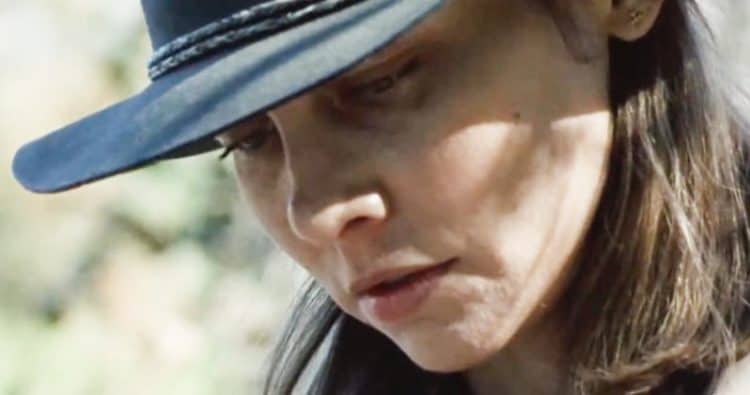 One would think that a lot of people would be happy about The Walking Dead finally ending since a lot of folks have been down on the show for a while stating that it’s been in decline for a good deal of time. But when one puts the word ‘epic’ in front of anything it’s kind of a bold claim that leaves a lot of people wondering just what’s going to happen and how the season is going to go out, and what will happen to those that are still left behind. Obviously not everyone is going to die but since the pandemic kind of killed the chance of seeing the season 10 finale appear on time it’s fair to state that a lot of people have continued to lose faith in the show, much as they were when it started to focus less on the idea of surviving against the dead and focused more on the soap opera that was allowed to unfold after a while. To be fair, the show needed something other than just the main actors running away from the walkers the entire time, but as many fans would go on to say, the feel of the show started to change drastically from one season to another as the main point became muddied in a big way.

What’s obvious is that it sounds as though Maggie, Lauren Cohan, will be coming back, and a lot of fans should be happy with this development. On top of that, this being the final season doesn’t mean that the world of TWD is completely done since it does sound as though the story might continue and there is a movie coming eventually that will allow Rick to return. So the end of the show after 11 seasons isn’t that tragic, especially since after all that’s been said and done, people might actually welcome something different at this point considering that expectations have either been shattered or allowed to fall by the wayside since those characters that people thought were going to survive have been dead for a while, and those that have stayed alive to this point should have been dead quite a while back. In some cases, this has been great to see, but in others, it’s definitely been a bit of an annoyance since some fans have made clear their displeasure at the character arcs that have been continued and have even threatened to stop watching the show. The funny thing about though however is that many people have continued to watch the survivors continue to make their way through the world that’s left behind no matter how much they complain about the direction of the story.

The end of TWD is something that absolutely needs an epic end, but how this will come and what will happen is already being theorized by many that want to see certain things happen and certain characters finally taken out. Going by the comics hasn’t been entirely reliable since the show has gone down the same pathways in a different manner as the story has demanded. To say that it’s been changed more than a few times is putting it lightly since many fans can point out a number of different things that have happened that weren’t present in the comics. If anyone is expecting everything to be one hundred percent accurate between the comics and the show at this point though then they haven’t been paying attention to how the transitions between mediums work over the years. Very rarely is a book or a comic book seen to be adopted in its original form when making its way to the small or big screen. It’s always nice to see a show or a movie cling to the source material and represent the idea that created it as close as possible, but there are times when people need to understand that being able to take the core story and do something different with it is important. Of course, there are those times when a director can go completely off the rails and nearly ruin the story, but The Walking Dead has managed to satisfy a lot of fans, whether they be those that have read the comics or those that were new converts to the story when the show started to air.

The end of TWD is going to have to be something special considering that the story is bound to go on, but it will hopefully give great ends to a few of the characters and possibly close up a few chapters before moving on to the next one. After 11 seasons, no matter how good or bad they’ve been according to the fans, this show really needs something that’s going to keep people talking about it for a while after its release.