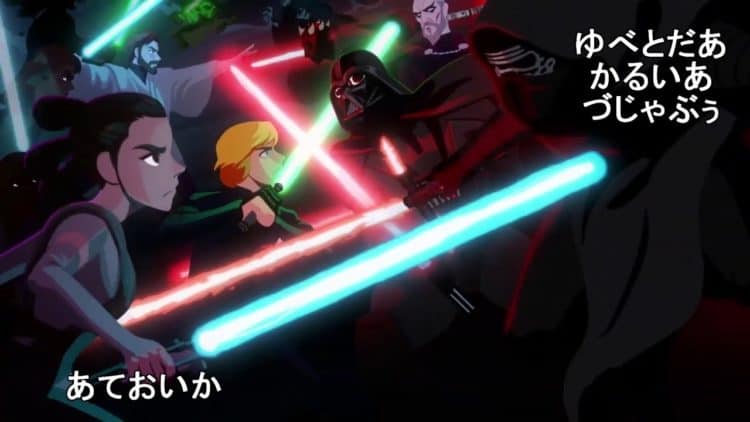 Star Wars is the most popular space-fantasy franchise of all time. Fans all across the globe appreciate the depth of the Star Wars universe and how much it has to offer. Anime is one of the most popular entertainment mediums, though it has only recently began to be popularized around the world to the extent it has. Fans of both the Star Wars universe as well as anime have created fan-made animations in a Japanese-anime style, but there isn’t anything longer than a couple of short clips. So, why haven’t we gotten a Star Wars anime yet? Well, Disney has actually recently revealed that we will be getting an official Star Wars anime on Disney+ soon! What can we expect from it? What do we want to see?

Star Wars Visions is an original series that will debut on Disney+. It is a collection of animated short films celebrating the Star Wars galaxy through the lens of the world’s best Japanese anime creators. We don’t actually know anything about what the short films at this time, but I’m sure that Disney will be releasing plenty of information ahead of the release of Star Wars Visions.

Now to get into the “meat and potatoes” if you will: what do I expect from Star Wars Visions? Well, if I’m being honest I expect a lot. Star Wars Visions needs to not only fully deliver on a great story, great characters, but also great animation. In terms of story, I would love it if Disney began to explore some of the Star Wars: Legends continuity and return Legends to the current Star Wars canon. I would also love to see some more stories from the High Republic and Old Republic eras of Star Wars. Regarding characters – they have to be well-developed, likeable, and relatable. While I don’t hate Rey, she wasn’t well-developed, she wasn’t all that likeable, although they did make her pretty relatable. If I lived my whole life on a desert planet abandoned by my parents and suddenly found myself in the middle of an intergalactic space war, I would probably handle the situation exactly as she did.

No, the Clone Wars movie in 2008 does not have the greatest animation we’ve ever seen, it’s definitely improved through the years and The Clone Wars Season 7 is a stellar example of the level at which animators at Disney are able to put out. Star Wars Visions must be able to not only give us good animation, but I would also like it to be unique and engaging. While seeing a Star Wars anime in Demon Slayer animation would be the coolest thing ever, I don’t want that. I want a Star Wars anime to be unique, I want it to make an impression and to hold its own. I want to appreciate it as a Star Wars fan, but also a fan of anime.

Star Wars Visions needs to be able to deliver with a fantastic story, well-developed and likeable characters, and also a phenomenal, unique, and engaging animation/art style. I expect that Disney and whoever they are working with to develop Star Wars Visions will have no problems doing so with so much source material as well as hundreds and thousands of creative people that are willing to contribute to making fantastic Star Wars stories – including me, so if someone at Disney sees this: I would love to write a Star Wars story, so please contact me.