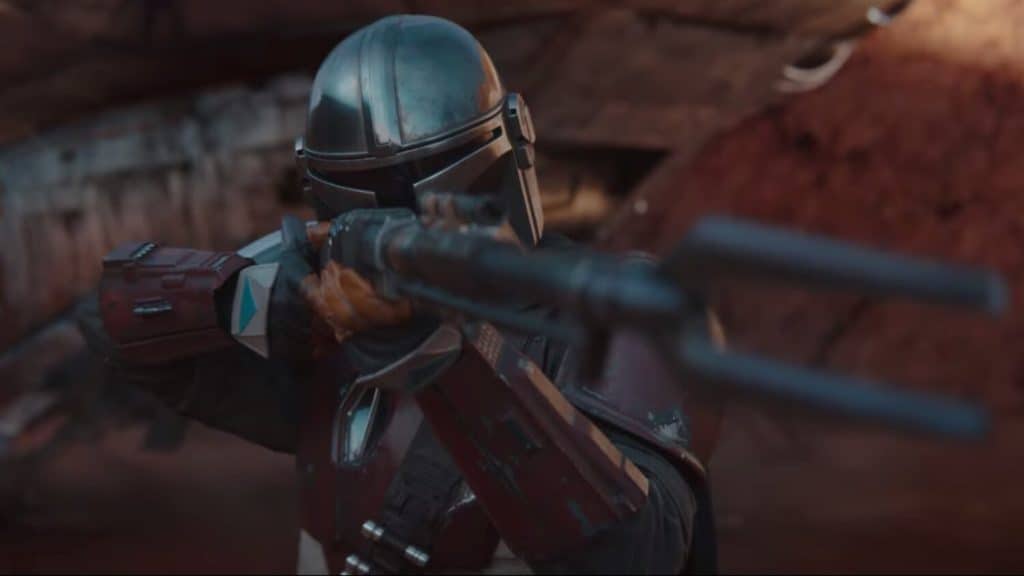 Just a note, if you’re not ready for spoilers you might want to stop reading, but if you’re wanting to know that The Mandalorian on Disney+ is actually worth watching then keep going. So far the first episode is out and the next one will be here on Friday the 15th as Brett White from the Decider has announced. While Brett and a few others might not bother telling the story I’ll go right ahead since thus far the first episode is delivering on the hype that was put into the show, which leaves me hoping that Disney isn’t showing its best hand at the moment and is going to steadily downward. With The Mandalorian it does seem as though things are only going to get better as the universe is already expanding and the aliens are multiplying as we get to see new species that either never made it into the main series or are just now being introduced and created so as to fit the ever-widening scope of Star Wars so that it doesn’t feel like we’ve seen it all at this point.

Let’s start off by saying that we get to see a few species that we’ve likely seen a time or two but never really got to experience like this, as squid-faced Quarren, at least one or two Trandoshans, and several Nikto show up in the series thus far and the look is spot-on. Plus, one of the lesser-known but famed bounty hunters also joins the fray as IG-88 makes an entrance at one point and starts proving that droids can be impressive too when it comes to combat. One thing you ought to know by now though is the Mandalorian is NOT Boba Fett. The tales of that famed bounty hunter did manage to make their way into the EU and it would be great if we got to see and aged or aging Boba Fett in the current timeline at some point, but this isn’t bound to be that time. If he does ever show up in this series it’s going to be important to remember that Boba Fett is not, strictly speaking, a Mandalorian since he puts on the armor and was trained in the same way, but he does not come from Mandalore. That being said though there is a definite representation of Mandalorian culture in this series as we see since he’s not the only one that wears the armor and he does have a clan that he seems to belong to. There’s even a smith that fashions his armor and makes for him a pauldron, a piece of shoulder armor that was once quite common with plate armor. This one however is made from beskar, a type of metal found in the Star Wars universe that is insanely tough and has even been known to block a lightsaber, albeit without shorting it out like cortosis. This metal is highly prized in the books and graphic novels and is hard to come by since its properties make it a very desired commodity.

But at this point not a lot is known about the Mandalorian, not even his name since he doesn’t say it and no one calls him by it. What is known is that he has a serious reputation, as do the rest of the Mandalorians, for being insanely tough, dedicated, and for always acquiring their target. Whether they bring that target in dead or alive is up to the target. But one great thing is that apart from piloting an older vessel from the Clone Wars that’s been refitted a few times it looks like, the Mandalorian also favors freezing his targets in carbonite once they’re aboard his ship, which seems effective and quite reasonable since it saves time and the effort of having to watch them to make sure they don’t escape. Plus, it allows him to take on multiple bounties at a time and then stack them in the hold of his ship until delivery. That’s pretty convenient, not to mention cold-blooded and absolutely brilliant.

It’s also kind of nice that Disney decided not to release the entire season all at once since we’ve seen with Netflix that once that season is released a lot of us, guilty, tend to binge-watch the entire season, taking up the time we need to do other things, since we can’t help ourselves. This show will be doled out one episode at a time and honestly that’s kind of cool since it allows a person to sit back and reflect on what happened in the prior episode, which is great since you don’t often see bounty hunters team up, and you don’t often see bounties like the one at the end of the first episode. Aha, you thought I was going to give the whole thing away didn’t you?